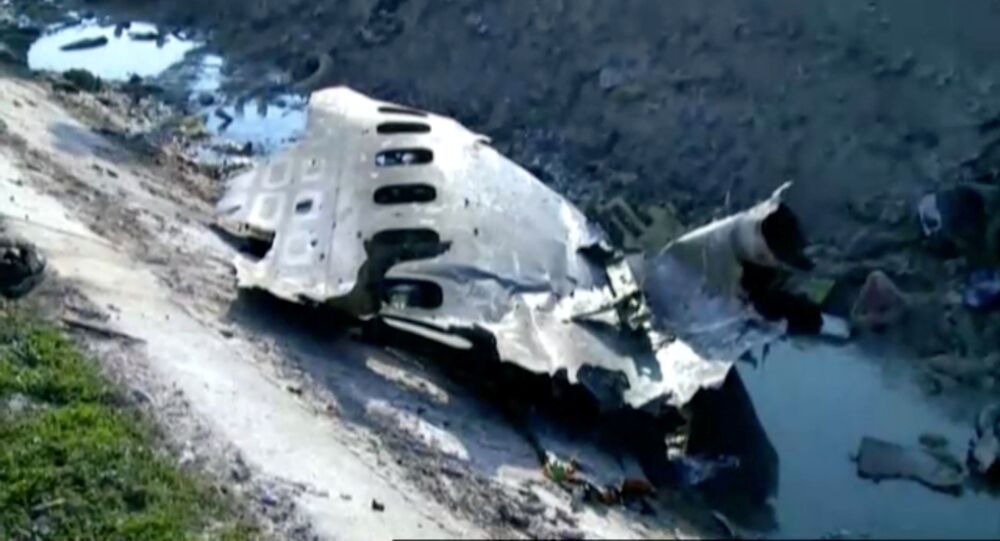 A Ukraine International Airlines (UIA) Boeing 737-800 flying to Kiev crashed on 8 January mere minutes after taking off from Tehran International Airport killing all 167 passengers and nine crew members on board. While both black boxes have since been found, the exact cause of the tragedy remains unknown.

Secretary of the National Security and Defence Council Oleksiy Danilov has presented a list of possible versions for the crash of the Ukraine International Airlines (UIA) Boeing 737-800 in Iran. It has now been narrowed down to terror attack, missile strike, engine malfunction, or collision.

Danilov elaborated that one of the theories is based on "internet reports" about the remains of a missile allegedly launched from the Tor air defence system (NATO reporting name: SA-15 "Gauntlet"). Tor-M1 9K331 modifications of this system were produced in the last years of the USSR's existence and were exported to Iran, among other states. Kiev is currently trying to negotiate with Tehran to visit the area where the missile's remains were allegedly spotted to investigate these reports.

At the moment, Ukraine isn’t ruling out engine malfunction as a possible cause for the crash. Reuters earlier reported, citing several anonymous sources, that western countries' intelligence agencies do not believe the jet was shot down, but rather favour the version of a technical malfunction. A video allegedly portraying the jet falling from the sky showed that the plane, purportedly one of its engines, caught fire while in the air.

© AFP 2021 / AKBAR TAVAKOLI
Rescue teams are seen on January 8, 2020 at the scene of a Ukrainian airliner that crashed shortly after take-off near Imam Khomeini airport in the Iranian capital Tehran

The secretary of the Ukrainian Security and Defence Council also noted that the passenger jet could have collided with either a drone or another flying object as it was departing from Tehran's Imam Khomeini Airport. An explosion inside the plane as a result of a terrorist attack is also not being ruled out at the moment by Ukrainian authorities, but no additional information supporting this version has been published so far.

The Kiev-bound Boeing 737-800 Flight PS752 belonging Ukraine International Airlines (UIA) crashed early in the morning on 8 January soon after it took off from Tehran's Khomeini Airport, killing all 176 people on board, including nine crew members. The pilots of the doomed plane didn't contact the air traffic control tower and reported no malfunctions prior to the crash, although the aircraft turned, attempting to get back to the airport shortly before it started losing altitude, according to Iranian findings.

Ukraine, where the jet is registered and who lost 11 citizens in the crash, has already sent specialists to Tehran to assist in investigating the tragedy, while the country's President Volodymyr Zelensky has called for refraining from speculating about the incident. Kiev also hopes to take part in analysing the plane's black boxes, which were found earlier.