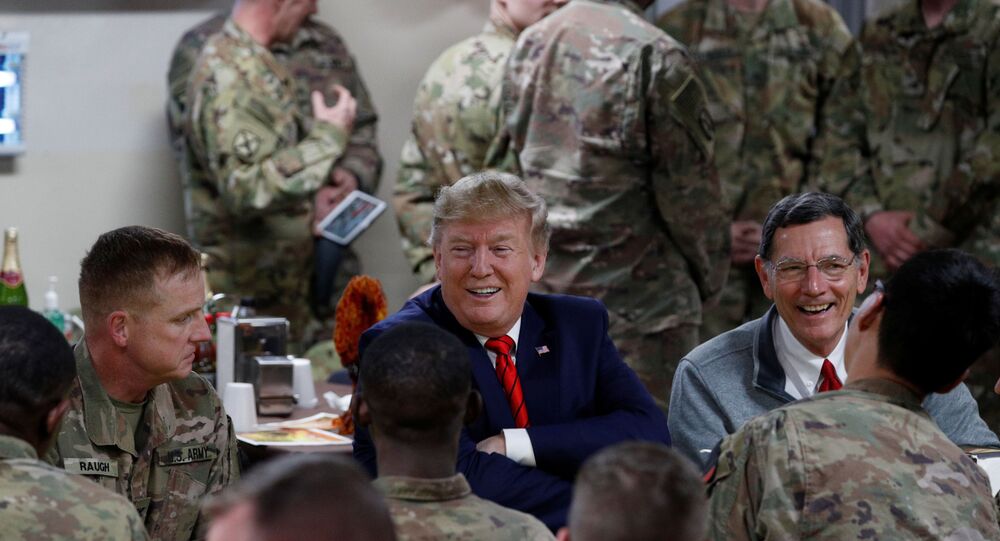 Earlier this week, US Secretary of Defense Mark Esper said the Trump administration may begin withdrawing a substantial portion of troops from Afghanistan. However, one expert argues that the US is once again showing it lacks a concrete plan and is making moves without regard to the chaos that will ensue.

"I would like to go to a lower number because I want to either bring those troops home,” Esper said on Monday, as reported by Al Jazeera. However, he then mentioned that the soldiers would "be redeployed to the Indo-Pacific to face off our greatest challenge in terms of the great power competition - that's vis-a-vis China.”

It’s estimated some 4,000 service members will be withdrawn from Afghanistan, leaving a force of 8,000 to 9,000 remaining.

Brian Terrell, a longtime peace activist and a co-coordinator of Voices for Creative Nonviolence, joined Radio Sputnik’s Loud and Clear on Tuesday to provide his thoughts on the proposed removal of US troops from Afghanistan and highlight who benefits from the conflict.

Terell recounted to hosts Brian Becker and John Kiriakou that US President Donald Trump has not made good on his 2016 campaign promise to conclude “endless wars,” and Esper recently announced more troops could be sent to Syria not too long after 45 touted a pullout of US troops from the region.

That said, Terell believes the US’ recent policy in regard to Afghanistan is “incoherent” and that the announcements are “certainly not good news for people in Afghanistan.”

“Our entire effort in Afghanistan has only destabilized and hurt the people in Afghanistan and only put the United States’ … security in a much more perilous place,” Terell argued.

However, not everyone is losing out.

“It has been a great gain for the weapons manufacturers,” Terell asserted. “Unfortunately, there isn’t any serious movement in our government among any of the candidates for president … to bring this to an end. And there isn’t a will to [do] it because there’s so much money in it.”

The peace activist explained that, in a sense, “this war is coming home, and we’re paying for it” within the US. From issues of gun control recently popping up once again through the Pensacola, Florida, shooting and heavy cuts to public services such as the US’ Supplemental Nutrition Assistance Program, the impact of the war is being felt among Americans of various backgrounds.

“This is a war that the 1% is waging on all of us - on the Afghans, on the Syrians, on the Yemenis and on the American people,” Terell concluded.