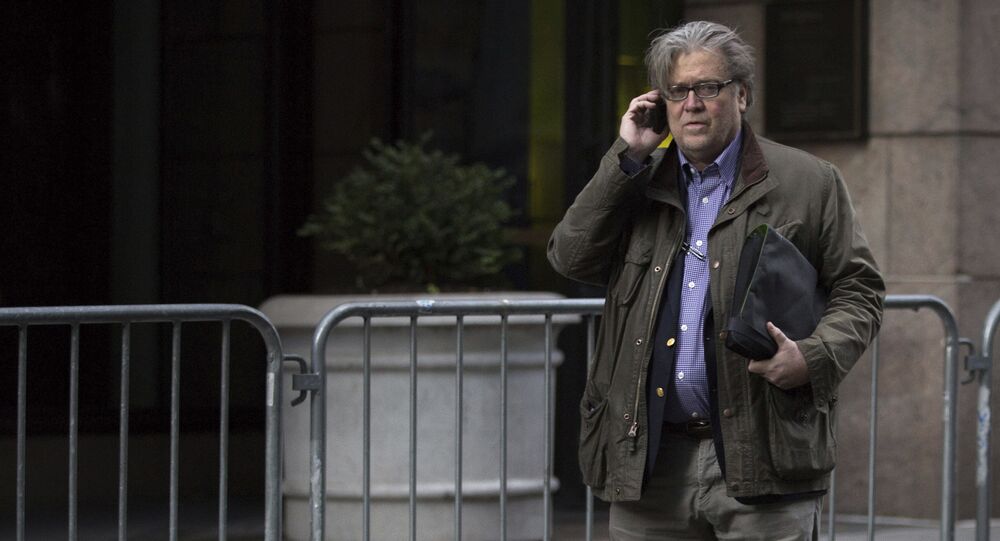 While the UN is pushing ahead with global compacts on migration and other matters, Belgium's People's Party is preparing for "big things coming up" in 2019 when EU members will vote in the European Parliament elections, the party's co-founder and leader Mischael Modrikamen told Sputnik.

"The UN Compact on migration threatens our sovereignty. It will influence our laws and establish a right to migration while criminalising critics," said Mischael Modrikamen, the co-founder and leader of the People's Party, and the vice-president of the Alliance for Direct Democracy in Europe.

On 17 December, 181 UN states voted in support of adopting a non-legally binding Global Compact on Refugees. Before that, 164 formally endorsed the UN's Global Compact for Safe, orderly and Regular Migration in Marrakesh. The compacts originate from the New York Declaration for Refugees and Migrants, adopted on 19 September 2016.

"Today, there are over 258 million migrants around the world living outside their country of birth," the UN Compact for Migration webpage says, adding that this figure is "expected to grow for a number of reasons including population growth, increasing connectivity, trade, rising inequality, demographic imbalances and climate change".

According to UN Secretary-General António Guterres, human migration is "a powerful driver of economic growth, dynamism and understanding".

However, this stance is not shared by European conservatives. Earlier, the New Flemish Alliance (N-VA) quit the ruling coalition over the UN migration agreement. The move prompted Belgian Prime Minister Charles Michel to announce his resignation on 18 December, which, however, was postponed by Belgian King Philippe.

N-VA's Decision to Quit the Ruling Coalition Was Right

Still, the question remains whether the Belgian opposition will be able to block government plans to approve the UN migration compact.

"If the government resigns before the scheduled meeting in New-York on 19 December, it will become a 'caretaker' government and it is far from certain on a constitutional point of view that it could sign such a politically loaded document without the backing of a majority," the politician said.

© AFP 2021 / Nicolas Maeterlinck
Belgian Prime Minister Charles Michel attends a plenary session of the Chamber at the federal Parliament, in Brussels, on March 24, 2016.

© AFP 2021 / TT NEWS AGENCY / JANERIK HENRIKSSON
Rise of the Right in EU: 'People Don't Want to be Raped and Robbed' – Academic
The migration crisis in Europe is accompanied by the issue of radicalisation, especially given that numerous jihadi returnees are still coming to Europe from Middle Eastern and North African war zones.

Molenbeek, a poor neighbourhood in Brussels, is infamous for youths joining Daesh* during the Syrian civil war.

Modrikamen believes that "a big clean-up is necessary" to "remove the rotten apples from the fruit basket".

"De-radicalising someone is nearly impossible, so instead we call for the ban of returnees from jihadi countries," he said. "We also want the expulsion of hate preachers such as imams here in Belgium who encourage their congregations to hate the West and attack it in the name of Islam as well as all radicalised persons from foreign origin".

The politician noted that his party proposes banning "the support and spread of Sharia law as well as foreign financing of mosques and cultural centres in Belgium". "This is a long-term task but what is missing today is courage from our current leaders to take strong and efficient measure," he said. "Either you adapt to our values and respect them, or you leave Belgium".

Bannon's Movement: 'Big Things are Coming Up' in the EU

The leader of the People's Party maintains ties with former White House strategist Steve Bannon, who is opposing the neo-liberal agenda, both in the US and Europe.

"Mr Bannon and I are partners", Modrikamen said. "Together we launched The Movement, an informal club that aims to bring around the table right-wing and populist political parties and movements, old and new".

© REUTERS / Aaron P. Bernstein
Bannon, Le Pen Join Anti-UN Migration Pact Meeting in Flemish Parliament
He highlighted that "the Movement's initial focus will be on the May 2019 European Elections, but after that we will look further afield, to the US and South America for example, with President Bolsonaro and his sons".

"We want to be the voice of the average man or woman, the 'ordinary guy' to defend national sovereignty, our borders and lead the fight against radical Islam whilst also promoting Judeo-Christian values", he said.

Modrikamen pointed out that "for the moment" they don't comment on their activities, "but big things are coming up". He only dropped that hint that they are "aiming to hold a summit in early 2019, in Brussels, to gather our members and all those interested in our activities, and to officially launch The Movement".

According to the Belgian politician, "today, populists are split in three groups".

"Populist and euro-critics parties would be stronger if they would unite and would gain influence within the next Parliament at all level," he explained. "The Movement will help in that sense. We believe it is possible to unify populist parties around a few core values while leaving total liberty on other aspects of policies."

© AP Photo / Evan Vucci
The Movement: What is Steve Bannon Cooking up in Europe?
When asked whether European right-wing populist parties need to nominate a "spitzenkandidat" similar to the conservative European People's Party (EPP), the politician opined that "this looks to be premature" as there are "too much egos" among populists.

"On top of that, we would prefer a European leader elected democratically by all Europeans," Modrikamen stressed. "I have no doubt that he would be a 'populist leader' and would act very differently than the current [European] Commission and its unelected officials".

Commenting on the upcoming European and Belgian federal elections, the leader of the People's Party suggested that it would be "good" if the party gains 8 or maybe 10 percent of vote.

"Despite the boycott of mainstream media, we have a broad margin of progression," he emphasised. "We are the only right-wing conservative party in French-speaking Belgium, the only one to have opposed the Marrakesh Pact. All they can do is to slow our rise as more people get to know us".

© AFP 2021 / ALAIN JOCARD
Swedish Liberals, 'Soros Admirers' Struggling to Stay in Power – Academic
He presumed that if there wasn't a media blackout against the People's Party — that is, a ban from all TV programs and debates — or if they manage to overcome it by way of a court of justice decision, the party would undoubtedly get from 15 to 20 percent of the votes.

"When the European institutions lecture Visegard countries about the respect of democracy and free press, they should first clean their own backyard here in Brussels and Wallonia," Modrikamen noted.