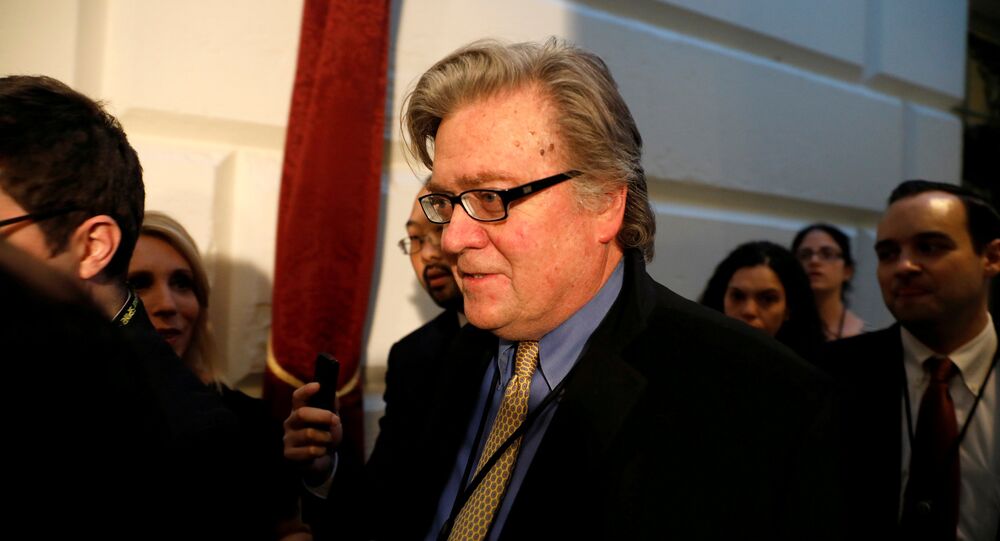 BRUSSELS (Sputnik) - Former White House Chief Strategist Steve Bannon and Marine Le Pen, the leader of the French right-wing National Rally political party and a former French presidential candidate, arrived on Saturday to the Flemish Parliament in Brussels to attend a meeting against the UN Global Compact for Migration.

The host's claim that the pact was a "suicidal" one for Europe was met with applause.

READ MORE: The Movement: What is Steve Bannon Cooking up in Europe?

Representatives of the right-wing Flemish party Vlaams Belang are also taking part in the meeting as they firmly oppose the idea of Belgium signing the pact.

© AP Photo / Kevin Hagen
Bannon Faces Legal Hurdles in EU States For His Right-Wing Movement - Report
The meeting comes after threats made earlier in the week by the largest party of the Belgian ruling coalition, the New Flemish Alliance, to leave the coalition if Belgian Prime Minister Charles Michel signed the UN Global Compact for Migration in Marrakesh.

Queen of Soul Dead at 76; Newspapers Unite Behind #FreePress; Bannon's Next Move