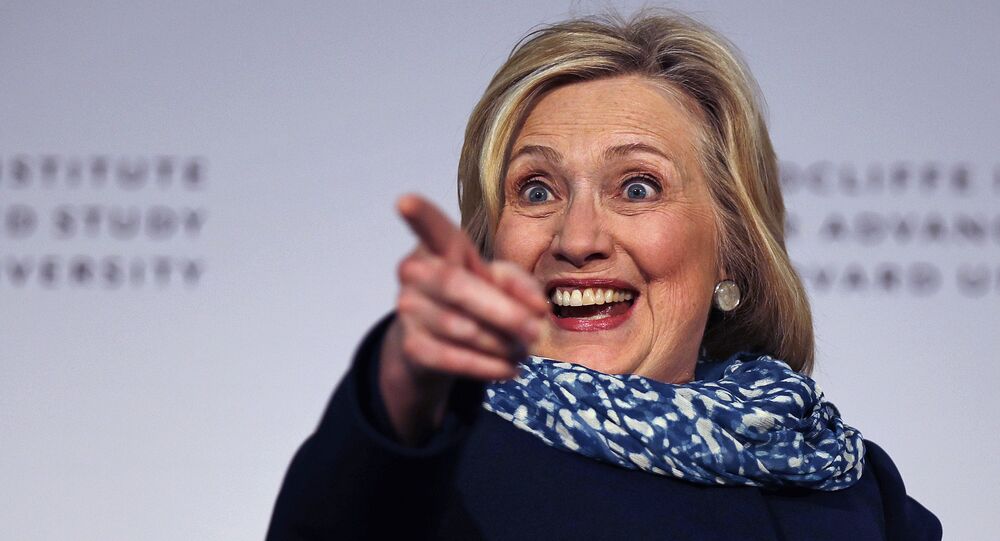 Justice is long overdue when it comes to The Clinton Foundation and ex-FBI chief James Comey's handling of the Clinton emailgate case, Wall Street analyst Charles Ortel has told Sputnik. According to Ortel, Donald Trump's vocal disappointment with the lack of action on the part of the Justice Department may facilitate the process.

© AFP 2021 / Jewel Samad
New Explosive Facts About Clinton Charity to Shake Off Lethargy Soon – Analyst
Meanwhile, US Attorney John W. Huber is due to testify about his investigation into the Clinton Foundation and Hillary Clinton's email probe before the US Congress next week. The hearing, initially scheduled for December 5 has been postponed to December 13.

© REUTERS / Jim Bourg
'Judgement Day' Nears: Analyst on Why Clinton May Finally End Up Behind Bars
"Who authorized the arrangements? Who at the FBI initiated the inquiry that ultimately became a full-fledged Investigation by July 10, 2015? And, why did the FBI under Mueller and then under Comey refuse to follow the massive amount of evidence in the public domain that suggests the Clinton charities likely were being used as slush funds to finance personal expenses and political campaigns?" the Wall Street analyst asked.

© AP Photo / Evan Vucci
Trump Had Good Reason to Sack Sessions – Wall Street Analyst
In his December 6 op-ed, US media executive and investigative journalist John Solomon quoted a 6,000-page document assembled by a private firm called MDA Analytics LLC, which "alleged the Clinton Foundation engaged in illegal activities and may be liable for millions of dollars in delinquent taxes and penalties." Among the other pieces of evidence, the document contains an interview with Andrew Kessel, the charity's longtime chief financial officer.