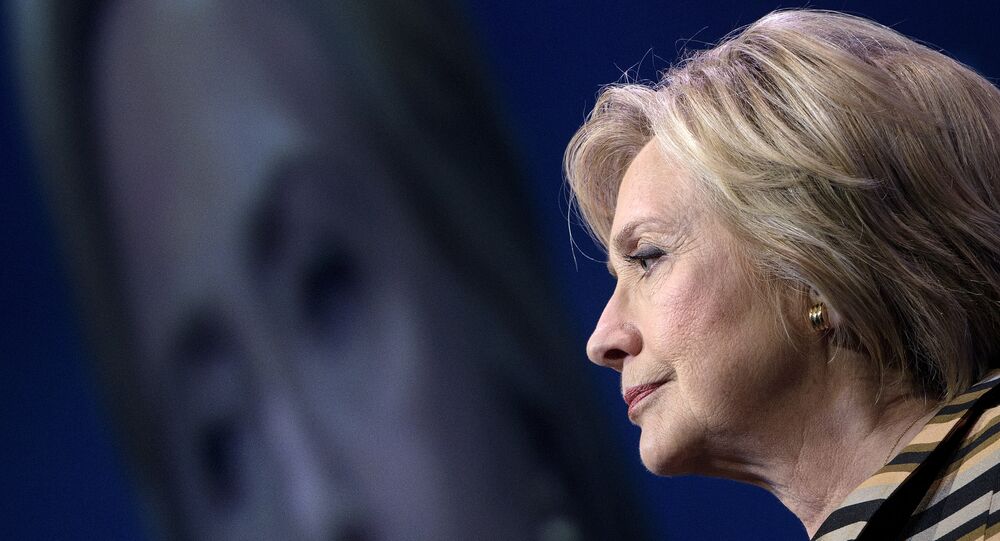 General Electric Company may soon bite the dust due to its misshapen financial policies, says Wall Street analyst and investigative journalist Charles Ortel who uncovered GE's financial discrepancies in 2007, before its stock crashed.

‘By 2007, I figured out, analysing publicly available data only, that GE was actually a structurally challenged and bad bank hiding inside a difficult to understand, complex, and sprawling multinational concern, I also discovered that the non-finance portion of GE was not growing its revenues, and seemed to be generating declining cash flow margins', Ortel recalled speaking to Sputnik.

Assessing his research, The Sunday Times of London called Ortel ‘one of the finest analysts of financial statements on the planet' in its 2009 article.

However, following its stock crash GE has not really adjusted its strategy so far but just 'patched' it up.

‘By 16 September 2008, when I first was interviewed on Bloomberg TV (the day AIG was seized), I began a now long-running series of discussions where I explained that GE could only be "fixed" by exiting finance, paying down debt, eliminating tens of thousands of senior and middle managers, and then by concentrating upon world-beating businesses only', the Wall Street analyst explained.

© REUTERS / Jim Bourg
'Judgement Day' Nears: Analyst on Why Clinton May Finally End Up Behind Bars
The investigative journalist bemoaned the fact that ‘Jeff Immelt and John Flannery certainly did not take any advice from me and instead continued making foolish, expensive acquisitions, while unwisely borrowing to repurchase then over-valued shares of GE common stock'.

That is why Ortel sounded the alarm again in a February 2018 op-ed for The American Thinker.

‘Over long and short time periods, the closest correlation I have seen for GE's financial results is with trends in the petroleum and natural gas complexes. When prices are on the uptrend, infrastructure and aviation projects get financed and purchase GE products and services. Conversely, when prices fall as they have hard since October 2018, GE's project backlog shrinks and its prospects dim'.

He warned that ‘watching plunging energy prices and looming crises in markets and on geopolitical flashpoints, [he is] only more concerned about GE now than [he was] nine months ago'.

Meanwhile, in February 2017 Jan R. Weinberg, an American peace activist and founder of ‘Show Up! America', shed light on ex-Secretary of State Hillary Clinton's controversial collaboration with defence contractors including GE and Boeing.

Twitter: RT_America
Emailgate: Untold Story of Clinton Foundation's Ties With Defense Contractors
Citing the National Centre for Public Policy Research's (NCPPR) investigation, the activist suggested that the former secretary of state had lobbied foreign governments on behalf of GE at a time when the company was making generous donations to the Clinton Foundation.

Referring to an alleged ‘pay-to-play' scheme, Weinberg stressed that GE had refused to disclose the email exchange between then Secretary of State Clinton and the company's leadership. These emails could shed light on the Clinton-GE relations and apparently help the US authorities restore some "deleted" emails, the activist argued.

When asked by Sputnik whether US media and lawmakers had reacted to his requests in regard to this highly sensitive issue since February 2017, Weinberg highlighted that though he had tried to contact just about every media outlet, both mainstream and alternative, ‘there have been no other in-depth media coverage pertaining to my research on logical topics, given their governmental relationships, related to national security interests communicated between Hillary Clinton, the State Department, the Clinton Foundation and both defence contractors Boeing and GE'.

‘In other words no one associated with government dares to take on the military-industrial-congressional complex', the activist emphasised.

'Unregulated Globalism' in All Its Glory

According to Ortel, the answer is simple: This is ‘unregulated globalism' in all its glory.

‘In 2018, no single nation is yet able to demand and obtain required transparency from large multinationals such as GE. And there is not an empowered multinational regulator', the Wall Street analyst said. ‘Meanwhile, GE (and firms like GE) pour money into globalist actors: banks, law firms, charities, media concerns, and politicians all over the world'.

© AP Photo / Francois Mori
Analyst Explains Why Time is Running Out for Soros
It appears that under the Clintons, Bushes, and Obamas, multinational companies like GE capitalised on their ties with the White House and proceeded with global business schemes (in the absence of multinational regulator) which backfired on GE in 2008-2009 and is going to backfire again.

‘The tax filings, which were made public this month, show the Clinton Foundation pulled in $62.9 million in 2016, but only $26.6 million the following year, representing a nearly 58 percent drop. Tax documents for 2018 are not yet available', Fox News reported on 26 November.

Clinton Foundation donations drop 42% — which shows that they illegally played the power game. They monetized their political influence through the Foundation. “During her tenure the State Department was put in the service of the Clinton Foundation.” Andrew McCarthy

​According to Ortel, ‘a good place to start investigating is following Jan Weinberg's excellent work, and then to examine each of the many projects outlined in this searchable database to see who benefited among the Clinton orbit, and among the raft of large government and semi-government donors'.

The question of questions is how the Obama administration allowed Hillary Clinton to proceed with these controversial activities while using her private email server and unsecure devices to conduct government business, the analyst asked. He reminded Sputnik that Special Counsel Robert Mueller served as the head of the FBI during Clinton's entire tenure as secretary of state (21 January 2009 through 1 February 2013).

‘Renewed crises at GE and unease seen in too many nations suggest to me that a new language for examining the perils and potential benefits of unregulated globalism in an interconnected world must be developed', Ortel opined.

© AP Photo / Frank Franklin II
Why the Fall of the House of Clinton May Trigger Domino Effect Worldwide
According to the analyst, ‘with speed bumps from 1970 through 1982, the period from 1945 to 2000 reported substantial progress, but failed to normalise for the tragic decisions of too many here to borrow, and to do so massively. How did America get away with its debt binge? As with any market, there is a market for investments. The stock of global wealth is massive, possibly three to four times global GDP. Yet, the supply of good investments in securities is small. So, investors did not do their homework, and regulators were not of a mind to hold those accountable for the internet bubble frauds, and for the 2007-2009 financial frauds'.

‘Is GE just a company whose executives and directors made bad decisions in good faith? Or did too many greedy, bad apples get to a place where they believed they had no choice but to continue shouldering legacy problems and hope they could get lucky enough to finagle their way out of trouble?' Ortel asked rhetorically, adding that ‘time will tell and let us hope that truth will out'.

'Hillary Clinton and People Like Her are Detached from Reality' - Scholar