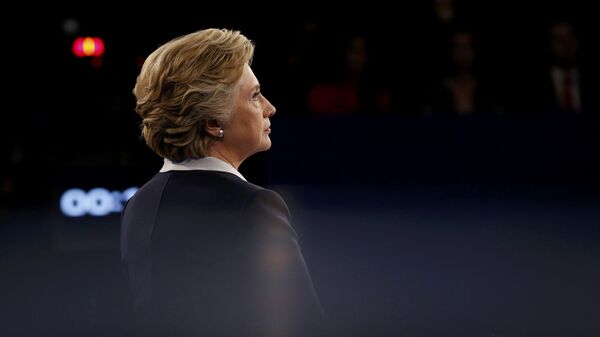 © REUTERS / Jim Bourg
Subscribe
International
India
Africa
Ekaterina Blinova
All materialsWrite to the author
While the rumours about Hillary Clinton's potential third presidential run continue to circulate in the media, the conservative camp is seemingly determined to "lock her up." Speaking to Sputnik, Wall Street analyst Charles Ortel explains why "judgement day" for the Clinton Foundation is near.

Third Run? Wall Street Analyst Weighs Hillary Clinton's Chances
Unlike the IRS, New York requires charities to list out all of their subsidiaries, branches and affiliates, to provide details concerning all of the grants given to them by governments (foreign and domestic), and to procure an audit from an independent and certified professional accounting firm that is wholly consistent with US Generally Accepted Accounting Principles.

How Clinton Charity's Trustees, Donors May Find Themselves in Heap of Trouble
So far, no compliant audits have emerged in the public domain from 1998, 1999 or 2000 — years when Bill Clinton was president and when those running his foundation may have believed the IRS and Department of Justice would not intervene to enforce laws and regulations.

How Hillary Clinton May Find Her Way to Jail
Using flawed figures that likely do not capture the full extent of "donations" sent towards the network of Clinton "charities", about $3 billion may have been sent towards BHCCF and its affiliates.