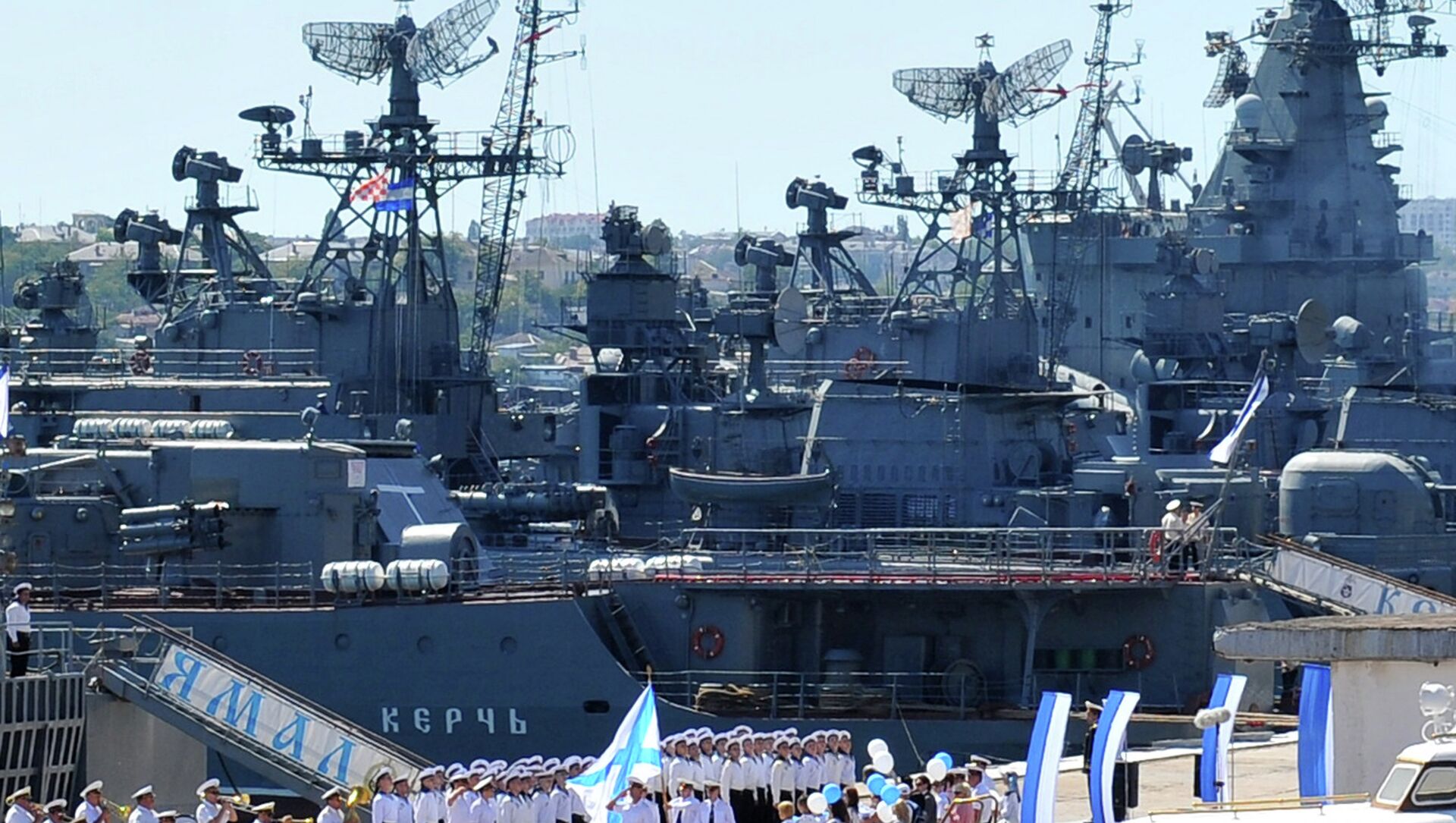 Ilya Tsukanov
All materialsWrite to the author
On Wednesday, a Russian patrol ship and fighter fired warning shots and dropped bombs along the path of a British destroyer that veered into Russian territorial waters off Crimea in the Black Sea. London initially denied that any incident took place, claiming that the Royal Navy ship was enjoying "innocent passage" through "Ukrainian" waters.

The Russian Defence Ministry has appealed to the Pentagon and the command of the UK's Naval forces, urging them to "be guided by reason" and to avoid dangerous actions that might "test" Russia's defences in the wake of Wednesday's incident involving the HMS Defender.

"We call on the Pentagon and the command of Britain's naval forces, which are sending their warships to the Black Sea, not to tempt fate and be led on a string by Ukraine's 'mosquito fleet admirals', but to be guided by reason," MoD spokesman Maj. Gen. Igor Konashenkov said in a briefing Friday.

Commenting on Pentagon Press Secretary John Kirby's repetition of claims made by Britain's military that Moscow's statements on warning shots being fired near the HMS Defender were mere "Russian disinformation," Konashenkov said he didn't find the remarks surprising.

"The compulsive attempts by London and by Pentagon spokesman John Kirby to deny the obvious and call everything 'disinformation,' even after Russia published footage of the warning shots, and despite the direct evidence by the destroyer's crew, are not surprising," the spokesman suggested.

Konashenkov went on to suggest that Kirby, a retired rear US Navy rear admiral, was perfectly aware of Russia's naval capabilities in the Black Sea region.

"Who, if not former Rear Admiral Kirby, knows better that the Russian armed forces reliably protecting Crimea's security see the HMS Defender only as a fat target for the Black Sea Fleet's anti-ship missiles anywhere in the Black Sea," he said.

Calling Wednesday's incident an "epic fiasco of a provocation," Konashenkov suggested that the situation would prove to be a "stain on the reputation of the Royal Navy" for a long time to come.

Shortly after noon on 23 June, a Russian patrol ship and a Su-24M fighter fired warning shots and dropped bombs along the HMS Defender's path after the British warship sailed to within ten nautical miles of the Crimean coast – putting it two nautical miles inside Russian waters under the 1982 Convention on the Law of the Sea, to which both Russia and the UK are signatories.

Britain's Defence Ministry denied that any incident took place and said that its ship was conducting an "innocent passage through Ukrainian territorial waters in accordance with international law," chalking down Russian firing nearby to a "gunnery exercise." However, a BBC journalist who happened to be aboard the British ship appeared to dispute the MoD's story, saying that he did see multiple Russian warplanes buzzing the HMS Defender and that he heard gunfire.

Raab Raised Concerns About Destroyer Approaching Russia's Crimea, But BoJo Made Final Call - Report
Moscow urged London to get its story straight, and to avoid any similar "provocations" in the future. Russian officials went on to suggest that the Royal Navy should rename the HMS Defender to "HMS Aggressor" following Wednesday's incident.

On Thursday, British Prime Minister Boris Johnson repeated the MoD's claims about the warship's "innocent passage," suggesting that he found it "wholly appropriate" to carry out such activities and to continue to avoid recognising Russia's jurisdiction over Crimea.

The Black Sea peninsula and its strategic city of Sevastopol hastily organised referendums in March 2014 to secede from Ukraine and rejoin Russia after a US- and EU-orchestrated coup toppled the elected government in Kiev amid fears that the new nationalist authorities might repress Crimea's ethnic Russian majority. 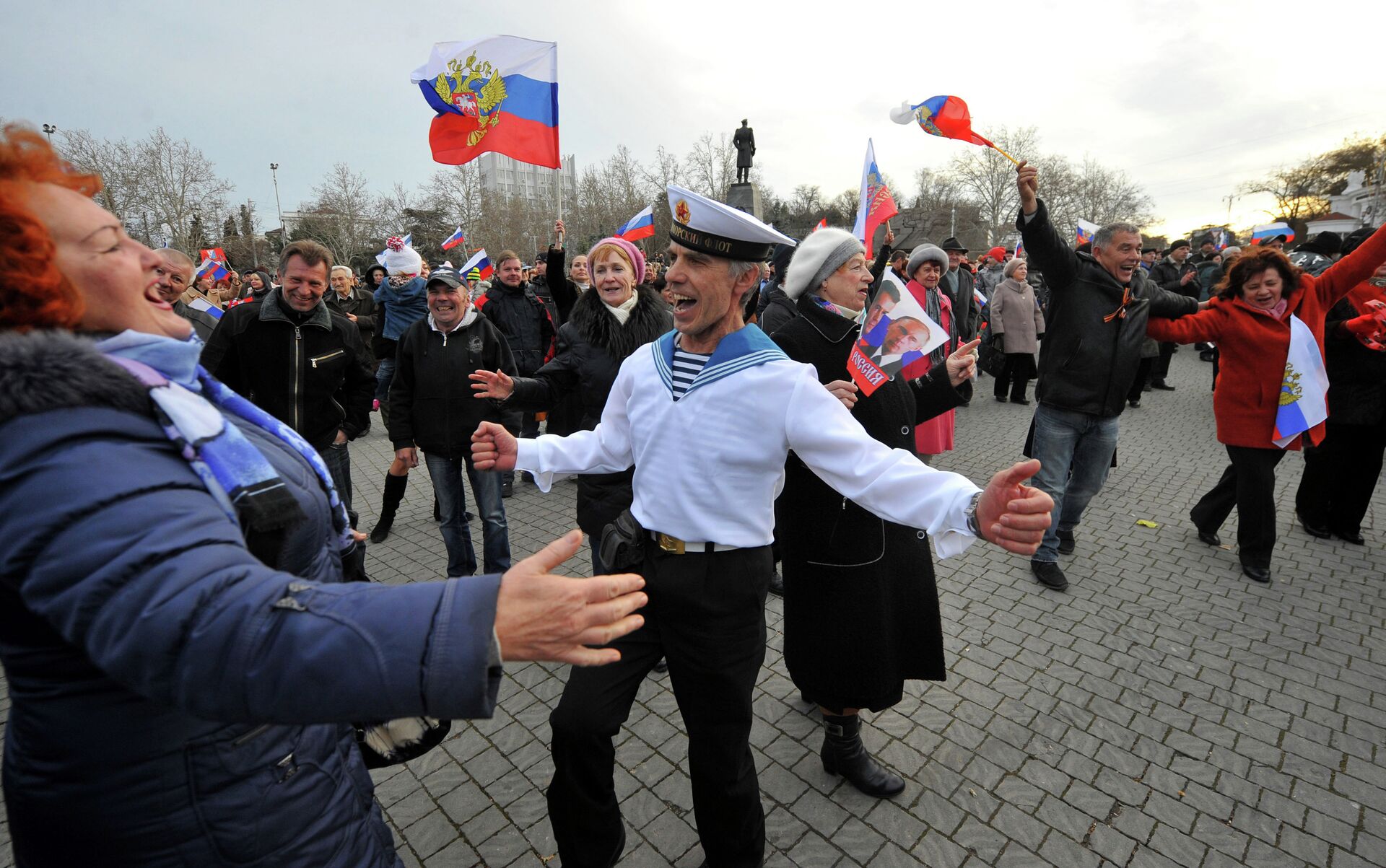 People dance in celebration of the results of the referendum on Crimea's status in Sevastopol, March 16, 2014.
© AFP 2022 / VIKTOR DRACHEV

Also Thursday, The Telegraph reported, citing insider sources, that the HMS Defender's sail through Russian waters was a preplanned operation devised by Defence Secretary Ben Wallace, and that Foreign Secretary Dominic Raab expressed opposition to the idea before Prime Minister Johnson ultimately approved it on Monday.

It remains unclear what No. 10 was hoping to achieve via the deployment. The Russian Black Sea Fleet is one of the country's largest, most powerful and modernised, and, when complemented by shore- and ground-based defence systems on Crimea itself, is capable of detecting, tracking and targeting enemy vessels at any point in the 436,400 square km body of water.