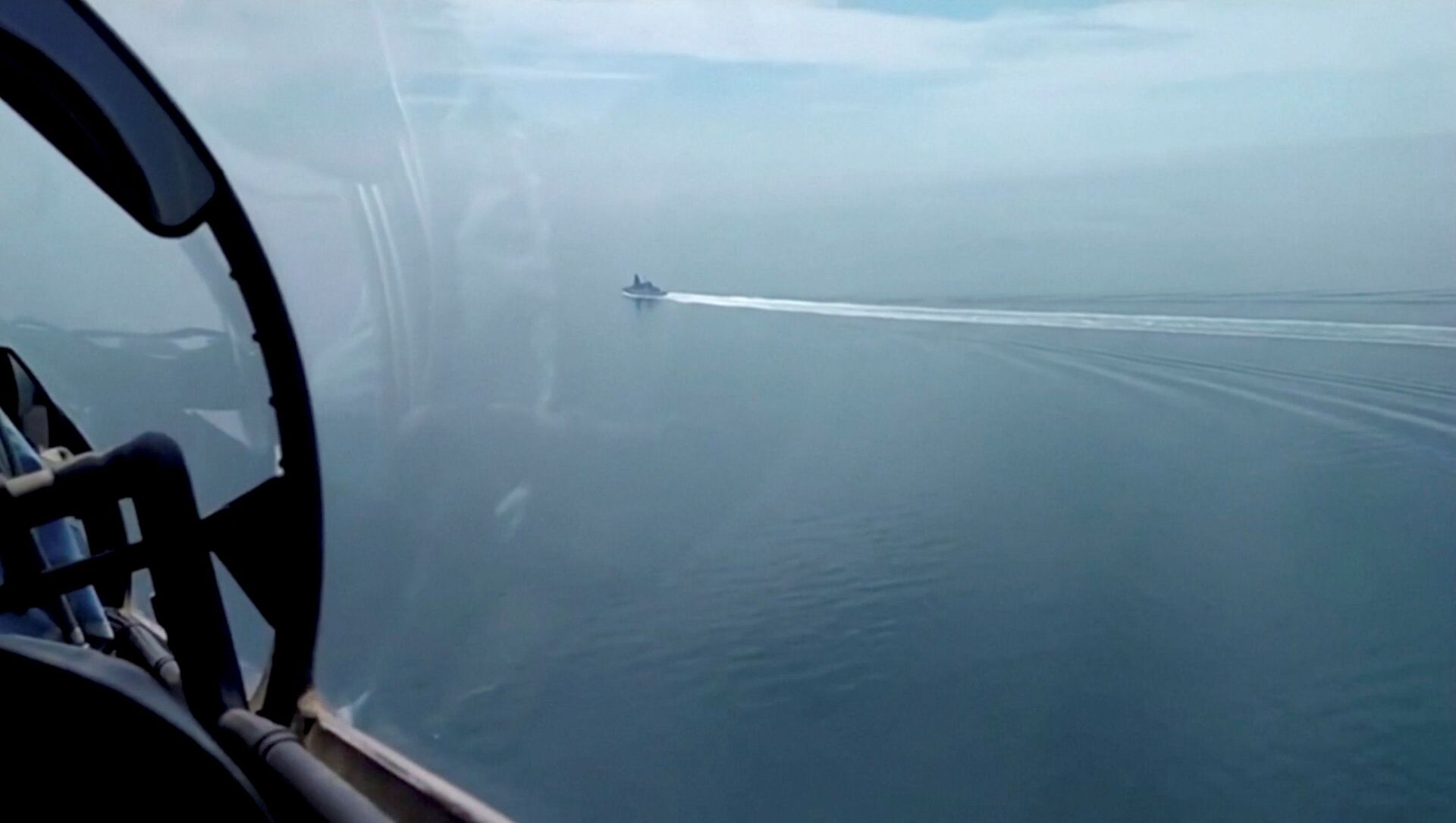 There has been confusion over what happened in the Black Sea on Wednesday since initially, the British military claimed it was an entirely peaceful passage and denied that any warning shots were fired. That, in fact, did not correspond with reality, as the BBC broadcaster published footage showing quite the opposite.

Russia's FSB has released a full-length video showing Russian coast guard boats warning the HMS Defender that they will open fire if the British destroyer does not leave Russian territorial waters around Crimea.

The UK's destroyer was passing close to the southernmost tip of Sevastopol in Russia’s Crimea on Wednesday. In the end, the British warship signaled its readiness to change course back into international waters.

The Russian government has characterized the incident as a clear provocation, with the Russian Foreign Ministry telling the United Kingdom that if similar actions take place again, the "possible consequences" would "rest entirely" on the British side.

Konstantin Gavrilov, the Russian envoy to the Vienna talks on military security and arms control, also stated that Russia may drop bombs on British warships if they test it again in the Black Sea.

Meanwhile, UK Prime Minister Boris Johnson claimed on Thursday that it was entirely right for the British warship to be sailing in the Black Sea off Crimea since the UK government does not recognize Crimea's reunification with Russia and, therefore, Russia's claim to those waters.

"These are a matter for the MoD [Ministry of Defence], but if you want my view I think it was wholly appropriate to use international waters. And by the way, the important point is that we don’t recognise the Russian annexation of Crimea, this is part of a sovereign Ukrainian territory," Johnson told reporters during a visit to a military camp in the English town of Aldershot.

UK Defense Minister Ben Wallace reiterated on Thursday that HMS Defender conducted "innocent passage" through Ukrainian waters near Crimea on Wednesday when Russia scrambled gunboats and a bomber to chase it off. The Russian Defense Ministry said the jet dropped four bombs in the path of the British destroyer.

​Russia says the British warship sailed as far as 3 kilometers (2 miles) into Russian waters near the southernmost tip of Sevastopol, a Russian naval base, prompting gunboats to fire warning shots. The UK Ministry of Defense insists Russian fire was part of an exercise.