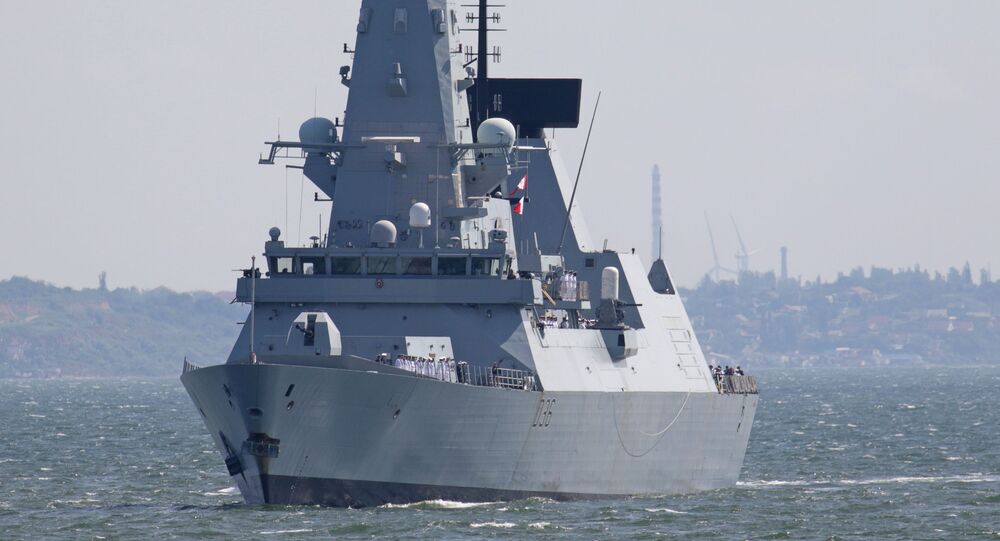 Beale claimed that HMS Defender did not deviate from its course and continued its journey “almost within 12 miles of Crimea."

Following the incident involving the HMS Defender violating Russia’s maritime border in the Black Sea off the Crimean coast, BBC correspondent Jonathan Beale – who was onboard the British warship at the time – has offered his take on the events.

He said multiple Russian warplanes buzzed the ship and that he heard gunfire.

"There have been warnings from Russian coast guard vessels, and indeed we have heard shots fired – we believe they were out of range," Beale said.

He insisted, however, that the ship continued its journey “almost within 12 miles of Crimea” and “did not deviate from its course."

The Russian Ministry of Defence previously announced that HMS Defender "entered 3km into Russian territorial waters in the region of Cape Fiolent" and that the vessel ignored the warning that deadly force would be used if it violated Russia's borders.

The ministry also said that a border patrol vessel then fired warning shots, and an Su-24M attack aircraft performed a "warning bombing run," with the combined efforts of the "Black Sea Fleet and the Border Forces of the FSB" prompting the British vessel to leave Russia’s territorial waters.

The UK Defence Ministry, however, claimed that no warning shots were fired at HMS Defender and that the ship was merely "conducting innocent passage through Ukrainian territorial waters in accordance with international law."

"We believe the Russians were undertaking a gunnery exercise in the Black Sea and provided the maritime community with prior-warning of their activity," the ministry tweeted. "No shots were directed at HMS Defender and we do not recognise the claim that bombs were dropped in her path."