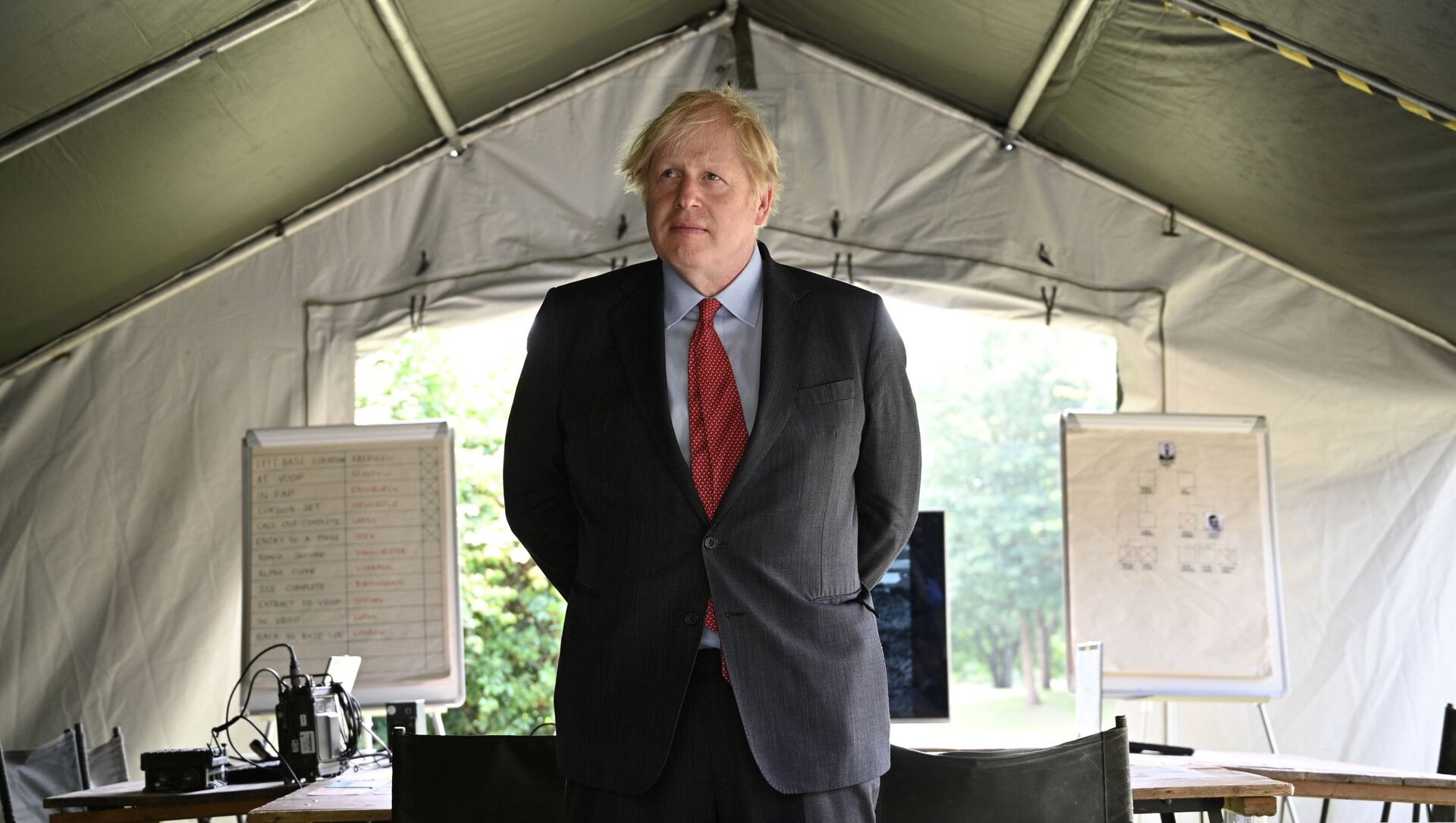 Kirill Kurevlev
Correspondent
All materialsWrite to the author
The UK authorities repeatedly claimed that the HMS Defender passage through Russian territorial waters on Wednesday did not violate international law due to the kingdom's non-recognition of Crimea's reunification with Russia in 2014. Russian officials have stated that it was clearly an act of provocation.

The passage of the UK destroyer HMS Defender close to the southernmost tip of Sevastopol in Russia’s Crimea, which was developed and proposed by UK Defense Secretary Ben Wallace, was opposed by Foreign Secretary Dominic Raab, and then it was UK Prime Minister Boris Johnson who pulled the trigger, The Telegraph reported on Thursday.

It is thought that the foreign secretary warned fellow government members ahead of time that Moscow might "try to take advantage" of HMS Defender's cruise through the Black Sea via the route chosen by Defence Secretary Ben Wallace, the newspaper reported.

And, according to military sources, the issue was escalated to Downing Street, where the prime minister would make the final decision. The orders to enter Russian territorial waters were given to the Type-45 Destroyer on Monday.

“The whole dispute was between Raab and Wallace, then it went to the PM for a decision. The decision was sent to Defender on Monday that she was to take innocent passage through those waters,” the newspaper quoted an undisclosed source within the UK Ministry of Defense as saying. 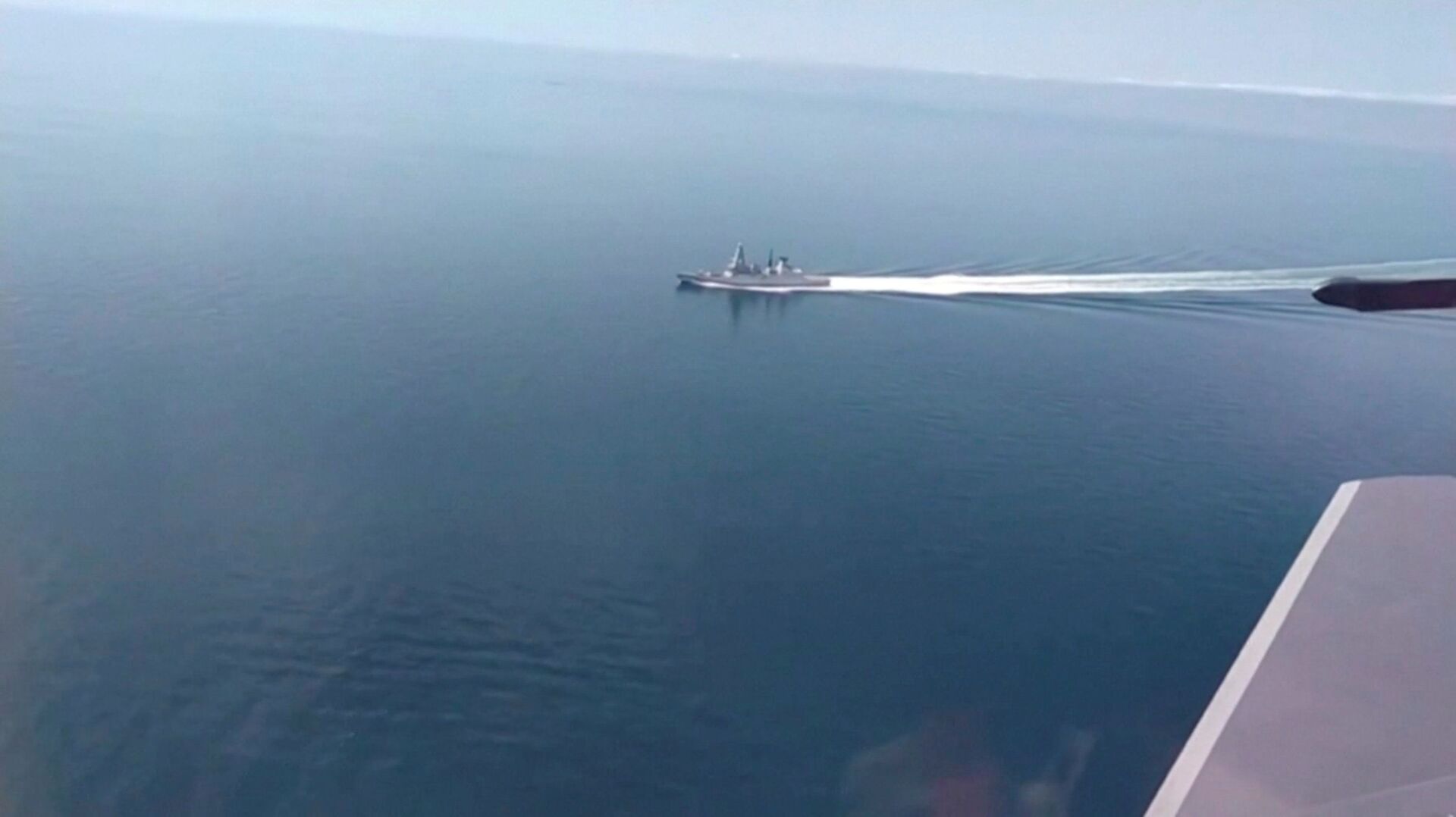 Although all parties are reported to have accepted the right of a UK warship to perform an "innocent passage" in the waters, talks within Government show that potential hazards were recognized in the proposed mission.

However, on Thursday, Johnson refused to say if he had personally authorized the voyage of the HMS Defender.

"These are a matter for the MoD but if you want my view I think it was wholly appropriate to use international waters," he told reporters. "It was entirely right that we should indicate the law and pursue freedom of navigation in the way that we did, take the shortest route between two points, and that's what we did."

The warship's path was "long-planned and entirely in accordance with international law," according to a government spokesman who was also quoted in the report.

"The route adopted was the most direct, via an internationally recognized route between Ukraine and Georgia," he added.

The Russian Ministry of Defense stated on Wednesday that HMS Defender went through the Russian territorial seas off the coast of Crimea in the Black Sea deliberately as a provocation. The country's military added that a Russian border patrol vessel fired warning shots at the HMS Defender (which the British authorities initially denied). A Su-24M attack aircraft also flew over the British warship in addition to the naval maneuvers.

The British side has repeatedly made rather contradictory statements about the incident, including the false assertion that the Russian military allegedly did not fire warning shots at the warship and was instead performing a "gunnery exercise" nearby, which was disproven by the footage released by the Russian side.

Later that day, Russian Foreign Ministry spokesperson Maria Zakharova urged the UK authorities to clarify their story, claiming that the UK Ministry of Defence, the BBC, and the British Embassy in Moscow all gave Russia contradicting and conflicting descriptions of the Black Sea incident.

Moscow warned the UK on Thursday that all the "potential consequences" of a repeat of a "provocation" like Wednesday's incident would "rest entirely on the UK side." The head of the Russian delegation to the Vienna negotiations on military security and arms control, Konstantin Gavrilov, also warned the UK that if they try to replicate such passage again in the Black Sea, the bombs "will be dropped on target and not in a ship’s path."