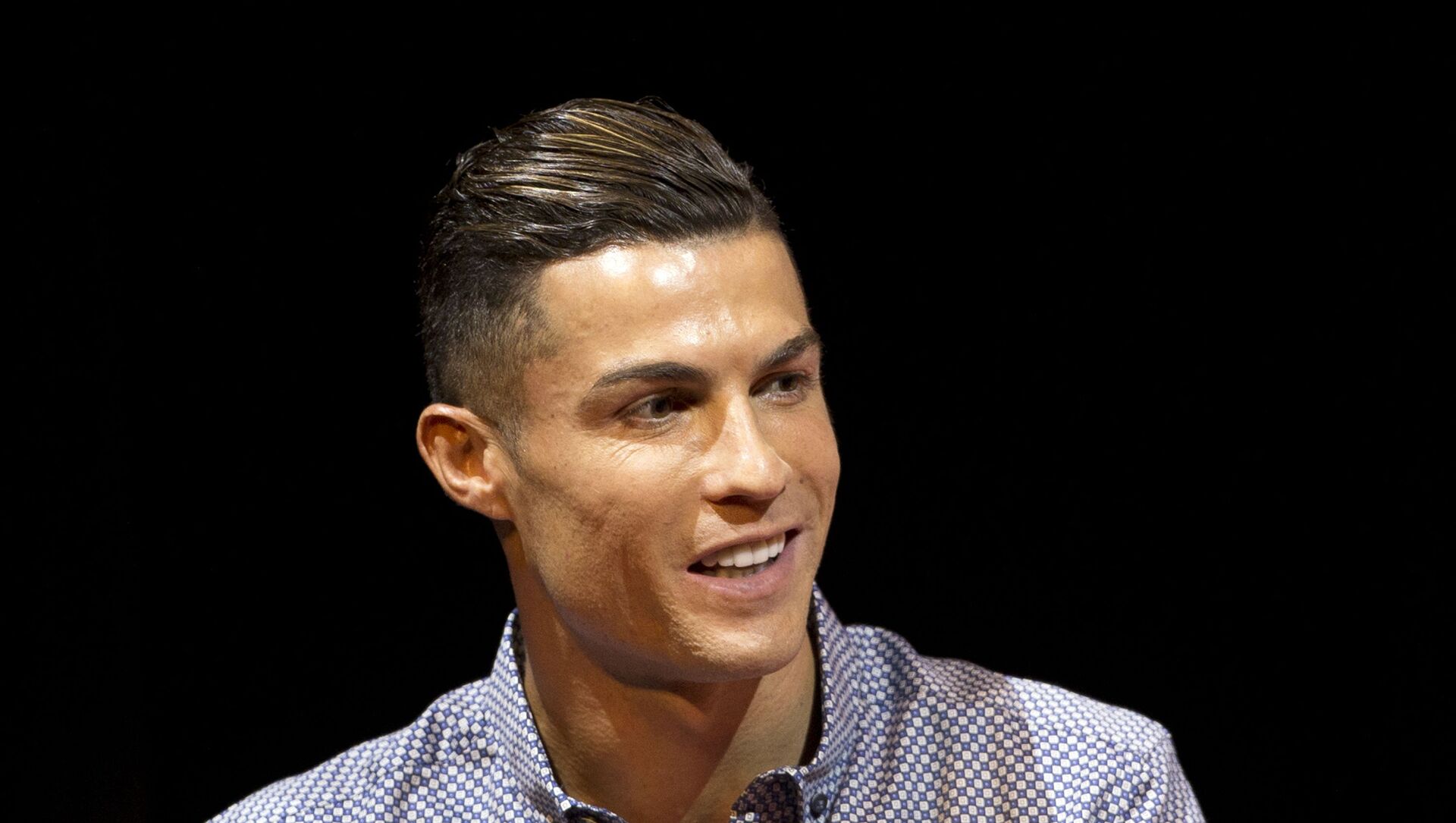 © AP Photo / Paul White
Subscribe
Svetlana Ekimenko
All materialsWrite to the author
Ex-model Kathryn Mayorga accused Cristiano Ronaldo of rape in 2009, yet reportedly accepted $375,000 from the footballer, who strongly rejected the claims, the following year, signing a non-disclosure deal and deciding not to prosecute. She has since declared she was 'mentally unfit' at the time, seeking damages with a new civil claim.

The woman accusing football icon Cristiano Ronaldo of rape is seeking $78 million in damages, according to newly-released court documents, cited by the Mirror.

Add to that the alleged victim’s expenses of around $1.95 million with legal fees of $1.5 million and the total sum of damages reaches a whopping sum believed to be close to two years of Ronaldo’s salary.

Mayorga's legal team, writes the outlet, demanded an opportunity to grill Cristiano Ronaldo over the allegations via Zoom, filing a list of over 60 witnesses they want to testify.

British former Big Brother star Jasmine Lennard, who claims she dated Ronaldo 10 years ago, is also believed to be on the list.

Mayorga, a model-turned-teacher, is claiming the Portuguese footballer who plays as a forward for Serie A club Juventus and captains the Portugal national team sexually assaulted her in a room at the Palms Casino Resort in Las Vegas. The incident reportedly occurred after the two met on a night out in 2009.

Cristiano Ronaldo and Kathryn Mayorga filmed on THAT night getting close in nightclub hours before rape claims https://t.co/DPq0v1z9Bv pic.twitter.com/4NAkkbC02g

​Images of Ronaldo, then 24, and the young woman, who worked at Rain nightclub inside the Palms Casino Resort, had surfaced, showing them dancing at a club hours before the then-Manchester United star's alleged assault on the model.

Ronaldo then is claimed to have invited the woman and a friend to his penthouse suite, that featured a jacuzzi on the balcony, “to enjoy the view of the Las Vegas Strip”.

Mayorga insists she refused to get into the hot tub because she did not want to ruin her dress, and the sports’ celeb offered her some clothes to change into in the bathroom.

According to cited court papers, while she was changing, Ronaldo walked in and exposed himself before asking her to perform a sex act.

Mayorga claims she refused to comply, yet then kissed the footballer on the condition that he would let her go.
He then proceeded to pull her into the bedroom and raped her, according to Kathryn Mayorga, as she screamed, “No, no, no”.

The unproven rape was reported to local police the following day without directly naming the footballer.

However, the woman agreed not to prosecute Ronaldo and signed a non-disclosure agreement with his legal team in 2010, reportedly accepting a sum of $375,000.

Cristiano Ronaldo trains with Juventus amid allegations of rape. The Portuguese star has once again denied the rape allegations, and says that he has a clear "conscience". Kathryn Mayorga claims Ronaldo raped her in a bathroom at the Palms Hotel, and Casino in Las Vegas in 2009. pic.twitter.com/qvN8CdZnYg

​Then in 2018, the woman made a dramatic U-turn, ostensibly incited by the #MeToo movement uproar. Deciding to go public with her accusations against Ronaldo, Mayorga gave a bombshell interview, prompting Las Vegas Police to reopen the case. No substantial evidence was discovered, however, that the sexual assault took place.

Cristiano Ronaldo's lawyers are victors over a courtroom bid against Kathryn Mayorga, a former teacher and model, who accused Ronaldo of raping her in Las Vegas, back in 2009. pic.twitter.com/OHNakQ1HFY

After the case was almost closed and declared innocent, Cristiano Ronaldo 🇵🇹 faces the possibility of being accused of a rape crime. It all depends on a mental exam that Kathryn Mayorga, woman who accuses the soccer player, will undergo in the coming days.🚨[@DeportesCuatro] #CR7 pic.twitter.com/LXrz1jB7jR

Mayorga then filed a civil lawsuit in Las Vegas saying she had been “mentally incapacitated” when she agreed to an out-of-court non-disclosure settlement in 2010, which was signed “under duress.”

The 36-year old five Ballon d'Or awards winner has vigorously denied Mayorga’s accusations, while never denying having sex with the young woman. Ronaldo insisted that the act had been consensual.

“I firmly deny the accusations being issued against me. Rape is an abominable crime that goes against everything that I am and believe in,” stated the athlete. 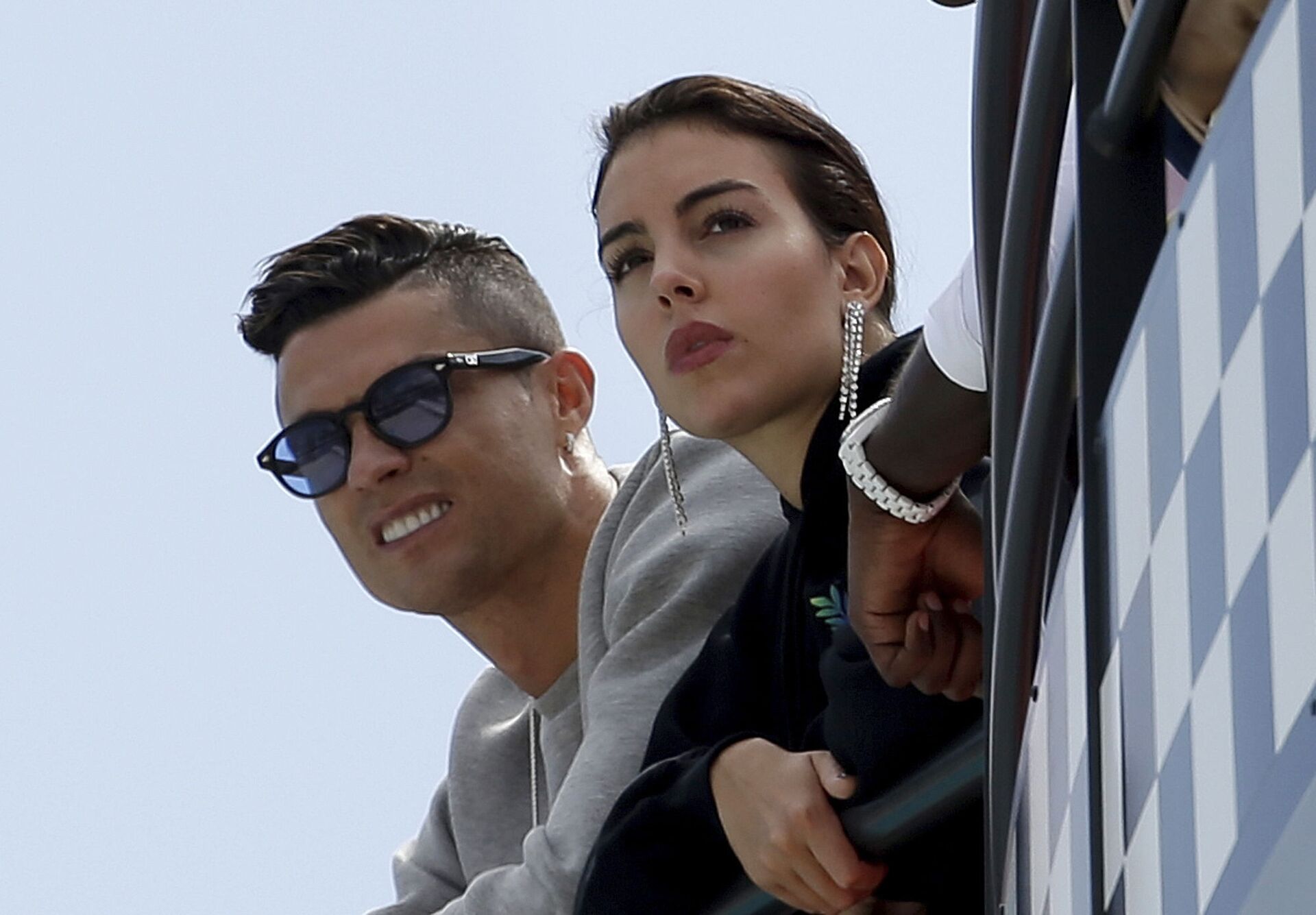 In this May 23, 2019, file photo, Cristiano Ronaldo, left, is flanked by his partner Georgina Rodriguez as they watch the second practice session for a Formula One race at the Monaco racetrack, in Monaco
© AP Photo / Luca Bruno

Both the footballer’s mother and long-term girlfriend Georgina Rodríguez stood by him during the hearings in 2019.

000000
Popular comments
Unbelievable evil. Is she really worth that much money? She should be arrested and charged with extortion using a well-known cliche.
Hess
29 April, 11:07 GMT2
000000
Typical, a woman Gold digger, accuses Ronaldo of rape, which proves she is mentaly unfit, of course the DNA found should be there, she went to a party at his Penthouse and tried to "Pull" him. just look at her, face full of Bortox looking like shes got a mask on and the Donald Duck lips..... well she thought "# why not" and not "# me too".... its a sad world.