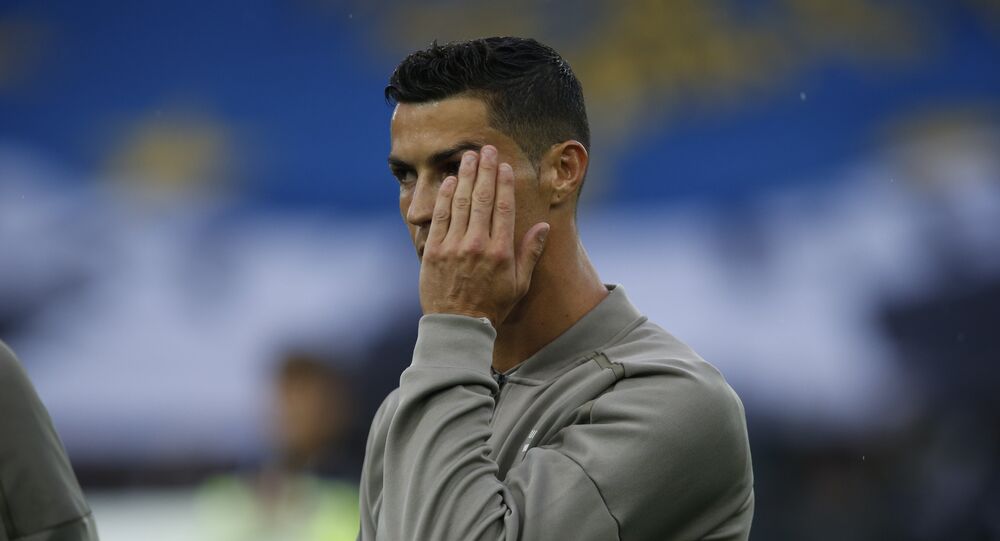 The captain of the Portuguese national football team Cristiano Ronaldo came under increased scrutiny last September after an American woman publicly alleged that she was raped by him in 2009. The player has repeatedly denied the allegations.

Around a hundred pages of emails allegedly obtained by Football Leaks and quoted by The Sun also revealed that Ronaldo told his team of lawyers that Mayorga indeed said “no” and asked him to stop during their sexual intercourse, but he later reversed the claims, arguing in a written communication instead that the alleged victim “did not scream”.

34-year-old American model Kathryn Mayorga has claimed that she was raped by the Portuguese footballer in the Palms Place Hotel back in 2009 after they met in Las Vegas where she was working as a bar hostess at the Palms Casino Resort. Mayorga reported the alleged attack to the police and gave DNA samples, but it is believed that she did not reveal the name of her reported rapist at that time, compelling police to stop any investigation into the matter.

In September 2018, Mayorga contacted police again asking to reopen the case and named Ronaldo as her alleged rapist. A warrant for Cristiano Ronaldo’s DNA was then issued following the accusations, which were vehemently denied by Ronaldo and his legal team.

“DNA is back and is a match", one of the leaked emails from Las Vegas detective Jeffrey Guyer reportedly said.

However, Ronaldo’s lawyer Peter Christiansen said in a statement in 2018 when the warrant was issued that it would not be surprising if the footballer’s DNA matched the evidence offered by Mayorga, as Ronaldo never denied having sexual intercourse, but rather insisted it was consensual.

“Mr Ronaldo has maintained that what ­occurred in Las Vegas in 2009 was consensual in nature, so it is not surprising that DNA would be present, nor that the police would make this very standard request as part of their investigation", Christiansen previously said.

The criminal case has since been dropped, as insufficient evidence was found against the Portuguese football superstar.

It was also acknowledged by Ronaldo’s attorneys this year that Mayorga received a payment of $375,000 and signed a non-disclosure agreement with the athlete in 2010 aimed at settling the rape allegations and maintaining “the confidentiality of their dispute”. The document, however, was not an admission of Ronaldo’s guilt, his lawyers insist.

Mayorga is now seeking more than $200,000 in damages from Ronaldo in a civil case seeking to nullify a non-disclosure agreement, claiming that the footballer’s legal team exploited her vulnerability by pressuring her into signing the document. Her lawyer also insisted that the model was inspired to speak up about the matter after the launch of the #MeToo anti-sexual harassment movement.