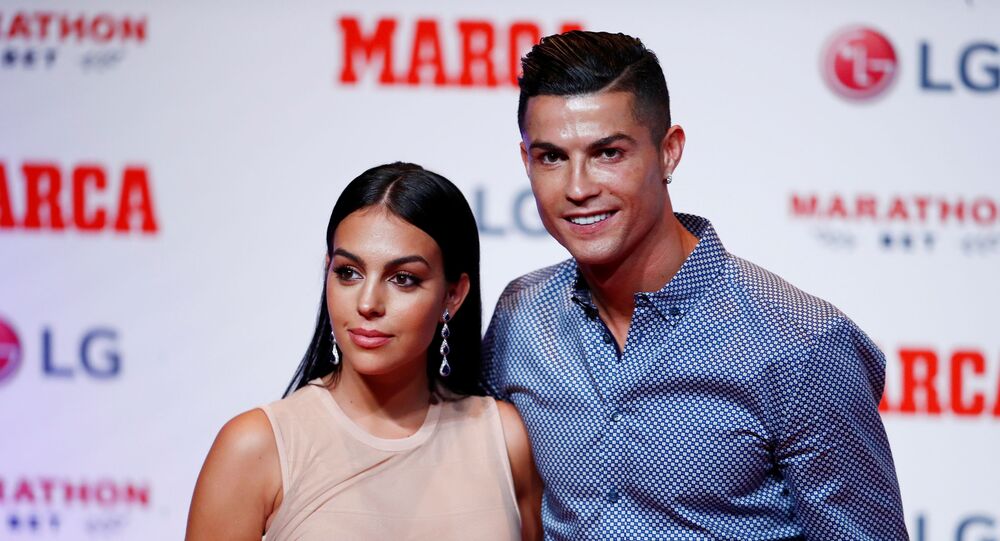 Cristiano Ronaldo and girlfriend Georgina Rodriguez have experienced a tough year, including allegations of sexual misconduct against Ronaldo. Nonetheless, the two have survived the ordeal, with the football icon maintaining his lucrative sponsorship deals.

Stunning model Georgina Rodriguez has opened up for the first time about her love for footballer Cristiano Ronaldo in an exclusive interview with The Sun on Sunday, sharing some intimate aspects of how she likes to seduce the Juventus star.

“Being the partner of someone so famous is not easy but I would not change it for the world. What I feel for him is stronger than anything, any kind of pressure. Together we are stronger and there is a mutual admiration. But to seduce and to dream is so ­important. I always sleep in lingerie and I prefer sexy lingerie", said Georgina, whose latest modelling pictures for lingerie company Yamamay helped her hit the headlines.

The curvy 25-year-old model from Spain goes on:

“It is comfortable and sexy and romantic. It has everything and it will make your man happy as well".

The two met in Spain in 2016 when Ronaldo was scoring big with Real Madrid, earning the title of “the greatest of the Galacticos” on the team.

It was the former Manchester United ace’s love for fashion that brought him into the path of the delectable model.

“Our first meeting was at Gucci, where I worked as a sales assistant. Days later we saw each other again at another brand’s event. It was then that we could talk in a relaxed atmosphere, outside of my work environment. It was love at first sight for both".

Many thanks to @chopardbycaroline for inviting me and for all of your kindness. We really enjoyed the event, for a great cause. Thank you @unicef for making this whole amazing night happen. Also a special thanks to the team involved who helped make this happen: 💍@chopard completely in love with your entire team💕 👗@roberto_cavalli we shine together even more 🛍@lorenzoposocco 💄 @amparosanchezm 💼 @ramonjordan @unomodels #unicefsummergala

Gina gave birth to their daughter Alana, in November the following year, just five months after the 34-year-old Portuguese forward’s twins Eva and Mateo were delivered by an unnamed surrogate mother. The footballer also has a son, Cristiano Jr, 9, born to an unnamed US woman.

Last year the couple moved into an eight-bedroom mansion in Turin after Ronaldo’s £100 million move from Madrid to Italian club Juventus.

Georgina, who had a strict Catholic upbringing in Jaca, northeast Spain, and was schooled by nuns before beauty scouts discovered her at 15, emphasised that wealth and luxury are not important to her:

“I love Turin, its location near the Alps, next to Milan and near to Spain. Italy is a wonderful country, with its history, culture, art and fashion and I love Juve. But I have the greatest richness you can have — and that is a healthy and happy family".
"My dad just passed away a few months ago and after his long illness, I realised what was really important — health. That is my greatest luxury. Without health, we are nothing. What gives me more peace and happiness is knowing that we are well".

The model, who is also a busy mother to the family’s four young children, added:

“Economic wealth is good — it helps with things, but it also gives you problems. You have to have a lot of control and a good attitude. Sometimes it is not easy to deal with money. It doesn’t give you happiness. It helps but it is not everything in life".

Georgina gave a brief description of her typical daily routine, consisting of waking up the children, getting them dressed and ready for breakfast.

She then plays with the youngsters, makes lunch, enjoys a typical Spanish siesta and goes for a workout at the gym.
Before going to bed, she and Ronaldo enjoy watching some TV.

“The good thing about my work is that I can upload photos from home, and advertising campaigns are a maximum of two days away in a row. I try to be more in the house than outside. I spend more time with my children than most mothers. There are jobs that make it easier to be at home. When I organise my calendar I try to spend as much time as possible with my family. They come first".

Referring to her recent new underwear campaign, the model said she seeks to help other women maintain a positive body image, irrespective of their body shape.

“When I was a little girl I was very thin and I always wanted to get fat. Now it seems you have to be thin to be beautiful. I say, long live the curves and the real bodies. Long live the women of colour and with diverse figures. I like to eat healthily and exercise daily. Luckily the unreal mentality is changing. Girls who read magazines or use social media do not deserve that kind of pressure. I think you have to love yourself above all and make the most of your own beauty".

The last year has been a tough one for Cristiano Ronaldo, as former model Kathryn Mayorga accused him of sexually assaulting her in a Las Vegas hotel room back in 2009. Mayorga subsequently filed a lawsuit in a state court last year in a bid to have the settlement invalidated on condition that her fragile emotional state had been taken advantage of.

The case was closed in a Nevada court this summer after a voluntary dismissal at Kathryn Mayorga’s request.

Georgina Rodriguez played a huge role in helping Ronaldo get through the ordeal, as the footballer managed to avoid irreparable damage to his reputation and maintained his lucrative sponsorship deals with companies such as EA and Nike.
Speaking to Italian TV recently Ronaldo said:

“When people question your honour, it hurts. It hurts a lot, mainly because I have a big family, a girlfriend and an intelligent child who understands a lot of things. This is a case I’m not comfortable expressing myself on. But once again, my innocence has been proven. It makes me proud".

Cristiano Ronaldo, along with Lionel Messi a record five-time winner of the Ballon d’Or, is believed to be worth £378 million.

Football Star Cristiano Ronaldo Reveals When He Might Retire From Sport