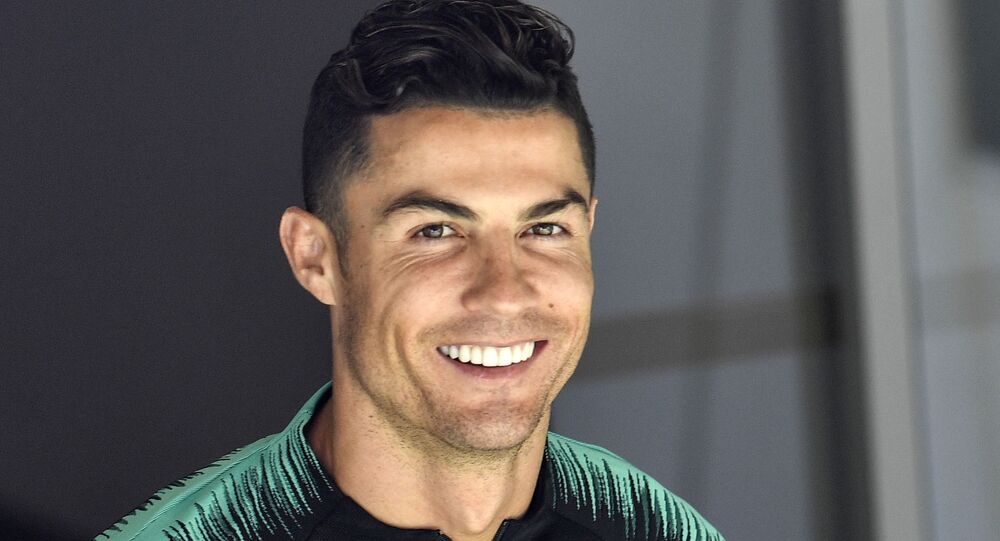 Last year, the legal team of Portuguese star Cristiano Ronaldo acknowledged for the first time that the starring footballer paid his alleged rape victim Kathryn Mayorga hundreds of thousands of dollars back in 2010 in a bid for her accusations to remain confidential. However, the woman still went public with her ‘revelations’ several years later.

Captain of the Portuguese national team Cristiano Ronaldo could now meet his 35-year-old sexual assault accuser Kathryn Mayorga in court, after the judge in the case ruled against his request to dismiss the woman’s claims that she was mentally unfit to make a settlement with him back in 2010, the Sun revealed citing obtained court filings.

“I find that Mayorga's challenge that she lacked the mental capacity to assent to the settlement agreement is not arbitrable...”, Judge Jennifer Dorsey was quoted as saying. “Mayorga did not comply with the correct procedure to request a jury trial of the mental-capacity issue, so I direct the parties to prepare to adjudicate it in a bench trial.”

“Because the proper venue for resolving Mayorga's claims on their merits hinges on the mental-capacity issue, I deny without prejudice Ronaldo's motion to dismiss them.”

Mayorga claims she was assaulted by the Juventus player at the Palms Casino Resort in Las Vegas back in 2009. The alleged rape was reported to local police the next day without directly naming the football star. Later, however, the woman decided to prosecute Ronaldo and signed a non-disclosure agreement with his legal team in 2010, accepting a sum of $375,000 (£290,000).

However, in 2018, the model-turned-teacher went public with her accusations by giving an interview amid the #MeToo movement uproar. Las Vegas Police reopened the case, but did not find substantial evidence that the sexual assault, which was strongly rejected by Ronaldo, took place. The footballer never denied having sex with Mayorga, but insisted that the act was consensual as he maintained that rape was “an abominable crime that goes against everything I am and believe in.” His mother and long-term girlfriend Georgina Rodríguez stood by him during the hearings last year.

© AP Photo / Luca Bruno
In this May 23, 2019, file photo, Cristiano Ronaldo, left, is flanked by his partner Georgina Rodriguez as they watch the second practice session for a Formula One race at the Monaco racetrack, in Monaco

In 2019, Ronaldo’s lawyers admitted that they had indeed given a six-number sum of money to the forward’s accuser, but argued that the payment was not an acknowledgment of guilt but rather an attempt to keep the dispute confidential.

When the criminal case was dismissed, Mayorga went on with a civil lawsuit against her alleged rapist, now seeking $210,000 (£165,000) more in damages. She claims that the footballer’s attorneys had “exploited” her vulnerabilities and mental unfitness to force her to sign the document.

Ronaldo’s legal team insists that her alleged mental incapacity cannot be shown “to assent to the settlement agreement,” and thus the request of the former model is baseless. But the judge has now decided that Mayorga actually has some documents to prove her point and thus a trial should be assembled to decide on the woman’s state of mental health back in 2009-10.

"Mayorga provides written statements from both a psychiatrist and a therapist who treated her within the past five years about the alleged sexual assault and opine that she lacked capacity to contract at the time she signed the settlement agreement,” the judge allegedly said in obtained documents.

"She also offers a written statement from a therapist who treated her shortly after the alleged assault and thereafter for many years."

However, the woman’s main claim that the non-disclosure agreement was illegal is expected to go to arbitration, as requested by Ronaldo’s team.

On 30 November, the two sides will reportedly meet to decide on the date when the trial will be held.