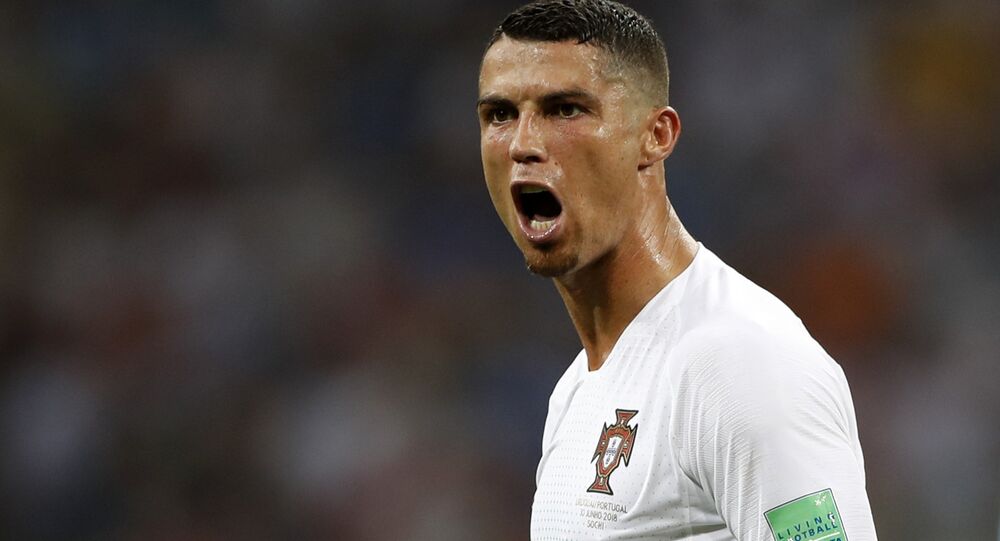 Officials with Nevada's Las Vegas Police Department have issued a warrant to obtain DNA samples from football player Cristiano Ronaldo as part of their ongoing investigation into rape allegations made by Kathryn Mayorga.

A Thursday report by the Wall Street Journal, citing an official familiar with the case, states that investigators are requesting the sample in an effort to test it against DNA found on a dress that Mayorga wore on the night of the alleged incident. Ronaldo's lawyer later confirmed that investigators want DNA from the star.

The warrant has reportedly been sent to Italy, where Ronaldo plays for the Turin-based Juventus football team. Once the warrant has made its way through the Italian court system, officials will then serve it and, if Ronaldo complies, collect the samples and send them back to US officials.

Mayorga has alleged that Ronaldo raped her at a Las Vegas hotel in June 2009 after they met at a nightclub, where she was working at as a model to entice guests into the establishment. According German media outlet Der Spiegel, the pair later wound up at Ronaldo's penthouse after they, and the remainder of Ronaldo's entourage, opted to move the location of their party.

As the night progressed, the footballer reportedly sexually assaulted Mayorga in his bedroom after cornering her inside one of the suite's bathrooms. Recalling the interaction, Mayorga told Der Spiegel that Ronaldo had made a remark suggesting he was a good person minus that "1 percent."

Later that night, Mayorga went to the police to the report the assault and had a rape kit done. It was then that the dress she had worn was collected for evidence. Although the complaint was initially closed because Mayorga failed to offer up pertinent details of the incident or suspect, it was ultimately reopened in September 2018 when she filed a civil suit against Ronaldo.

Mayorga has previously indicated that she did not continue pressing charges out of fear of retribution from Ronaldo's camp, instead deciding to take a $375,000 settlement that came with a non-disclosure agreement that prevented her from further speaking on the matter.

Since the allegations surfaced late last year, Ronaldo has repeatedly denied that he raped Mayorga, taking to Twitter in October 2018 to say that "rape is an abominable crime that goes against everything that I am and believe in."

He has, however, admitted that the two did have sex, and says it was consensual.

The latest development in the case comes just one day after Jasmine Lennard, an ex-girlfriend of Ronaldo's, accused him of subjecting her to years of verbal and emotional abuse. The model's Twitter account was later deleted after she posted several tweets, including one in which she reportedly claimed that Ronaldo threatened to share nude photos of her, Sputnik reported.

‘Not an Aggressive Guy': Ronaldo's Ex Says She'd Testify for Him in Court