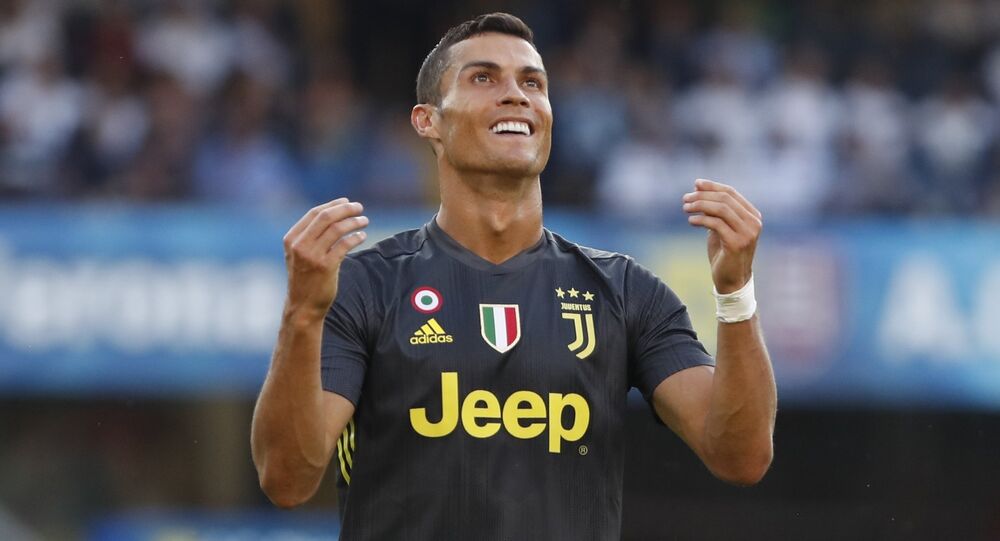 Famed Portuguese football player Cristiano Ronaldo took to Twitter on Wednesday to state that he "firmly" rejects recent sexual assault accusations made against him by Kathryn Mayorga.

The Juventus player struck down the allegations, saying, "Rape is an abominable crime that goes against everything that I am and believe in."

​Mayorga has alleged that Ronaldo raped her at a Las Vegas hotel in 2009 after they met at a nightclub she was working at on June 12 of that year. At the time, Mayorga, who was working as a model, was employed by a nightclub owned by the Palms Casino Resort to entice guests into the establishment.

According to German media outlet Der Spiegel, the pair wound up at Ronaldo's penthouse at the Hotel Palms Place after Ronaldo's entourage moved the location of their party. The footballer allegedly sexually assaulted Mayorga in his bedroom after cornering her inside a bathroom at the suite.

"I don't remember, but I'm pretty sure he said 'sorry' or 'Are you hurt?' And by this time, he's… on his knees. He says the 99 percent thing," she added, before explaining that Ronaldo believed himself to be a good person minus that "1 percent."

A friend of Mayorga, referred to using the alias Jordan in Der Spiegel's report, recalled the encounter and told the publication that upon seeing Mayorga exit Ronaldo's bedroom, she confronted him, asking him what had happened. Ronaldo reportedly responded by shrugging off her concerns and saying "everything's fine, we're friends."

Ronaldo's response to the allegations came days after Mayorga filed a civil lawsuit, asking for "general damages, special damages, punitive damages and special relief, each in excess of $50,000, along with interest, attorney fees and court costs," according to sports outlet ESPN.

The lawsuit claims that Mayorga was coerced into signing a nondisclosure agreement in 2010 after reaching an out-of-court settlement for $375,000. Mayorga told Der Spiegel that she signed the deal "out of fear for herself and her family."

© CC0
‘You Can Break a Person’: Opera Star Blames Me Too Movement for Husband’s Suicide

At Mayorga's request, police in Las Vegas have also reopened a criminal investigation into the matter. Authorities had initially investigated a complaint regarding the incident in 2009, but ultimately backed off after the victim "did not provide detectives with the location of the incident or suspect description."

"As of September 2018, the case has been reopened, and our detectives are following up on information being provided by the victim," a police statement released to ESPN reads. "This is an ongoing investigation and no further details will be released at this time."

The 33-year-old football player previously responded to the allegations in an Instagram Live video, telling his viewers that it was all "fake news." Ronaldo's lawyers have indicated that they plan to sue Der Spiegel for publishing the allegations.