Tiger Woods Car Crash: A Recap of the Golf Legend's Ups and Downs 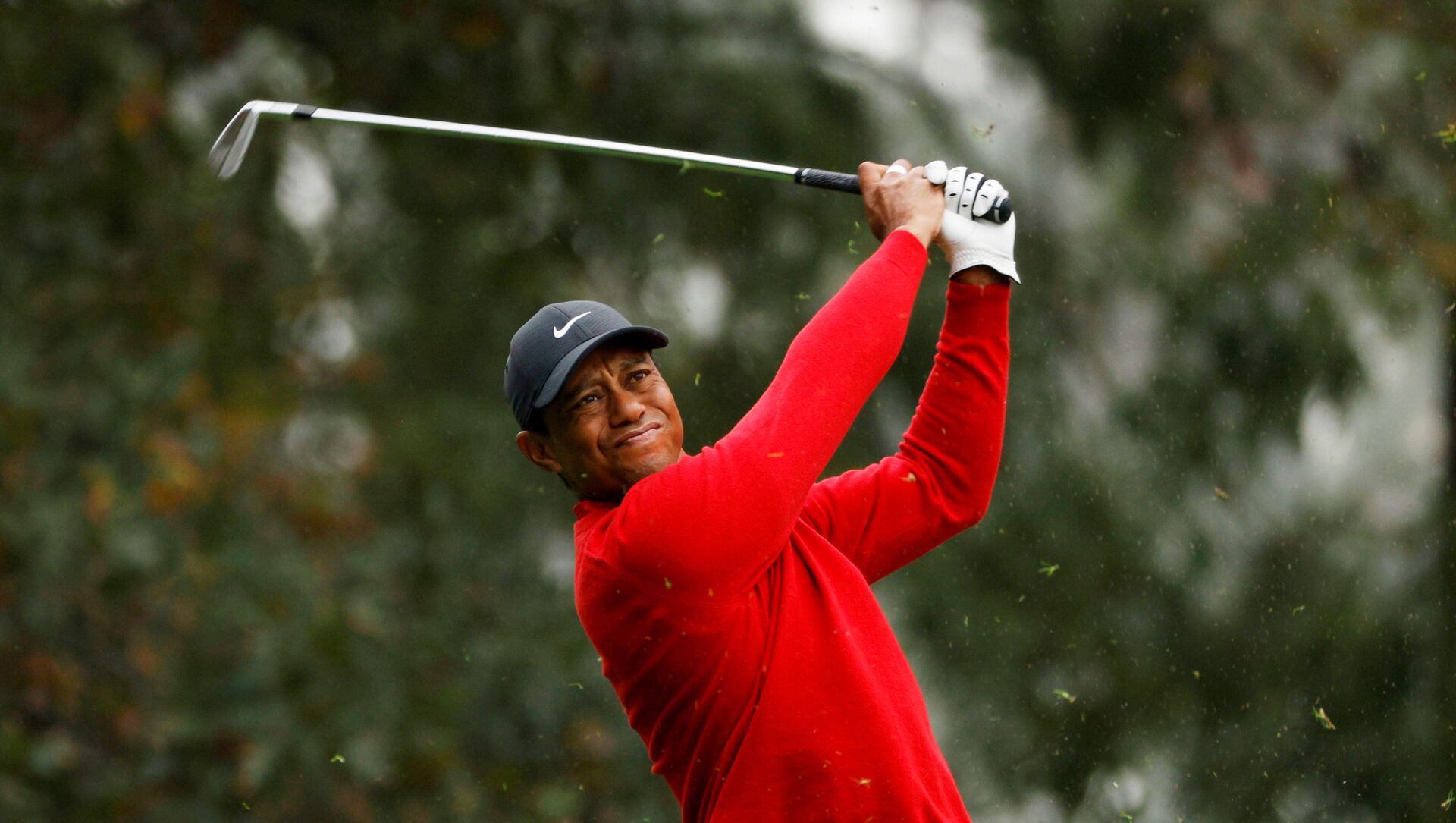 Aleksandra Serebriakova
Moscow-based Sputnik correspondent specializing in foreign affairs.
All materialsWrite to the author
American golf star Tiger Woods has suffered “multiple leg injuries” during a car accident involving his SUV on Tuesday. The PGA Tour legend was immediately rushed to a surgery to undergo an operation on his right side over several open fractures.

But “significant orthopaedic injuries” his right leg has suffered are raising a fair question: will the record-breaking golf player ever be able to play again? 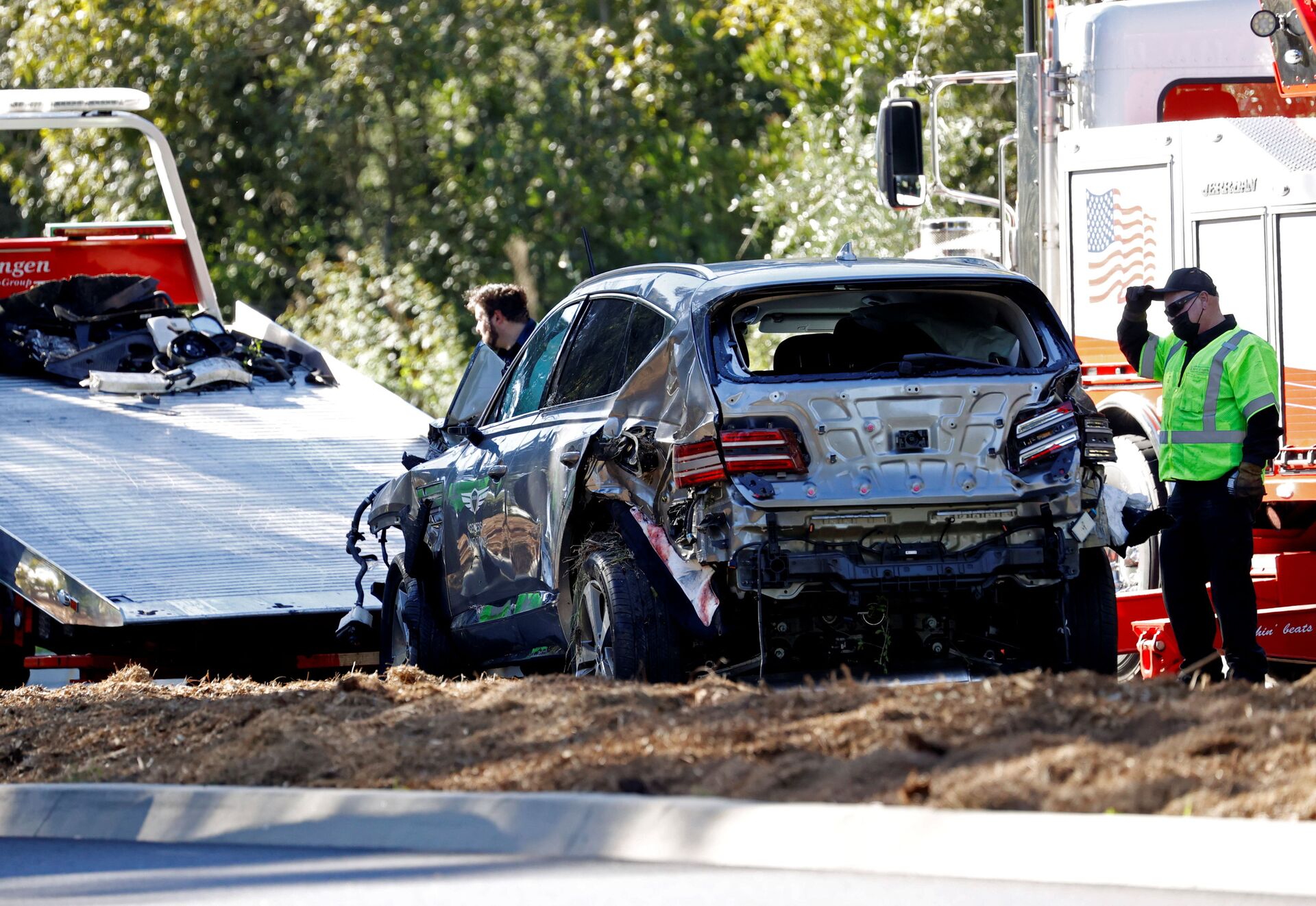 The damaged car of Tiger Woods is towed away after he was involved in a car crash, near Los Angeles, California, U.S., February 23, 2021
© REUTERS / MARIO ANZUONI

The golf star’s professional career and personal life have gone through some major shakes in the past, but he always managed to find himself back in the game. Here is a recap of just some of them:

Eldrick Tont Woods, popularly known (even outside the sport world) as Tiger, was born in California on 30 December 1975. The boy became introduced to golf before reaching the age of two due to his father’s passion for the sport.

At 15, Tiger became the youngest US Junior Amateur champion, eventually claiming the title of its only three-time winner. In 1994, Woods again gained recognition as the youngest to ever win a US Amateur Championship and then made headlines with his participation at 1995 Masters Tournament alongside professionals.

Since starting his professional career at the age of 20, Tiger Woods has been considered a rising star in American golf.

Woods became well-known to a wider audience after winning three PGA Tour events by April 1997 and making a record-breaking performance at 1997 Masters, where he nailed Tom Kite by 12 strokes in the final round – the largest victory margin in the tournament’s history.

By June 1997, he was ranked the number one golf player in the world.

On 8 April 2001, Woods became the first and only modern player to hold all four major golfing titles at once: the 2000 US Open title, the Open Championship, the PGA Championship and 2001 Masters. The last of these victories was achieved in another calendar year, making Woods unfit to be called simply a Grand Slam champ. Instead, his supporters coined another term - Tiger Slam. 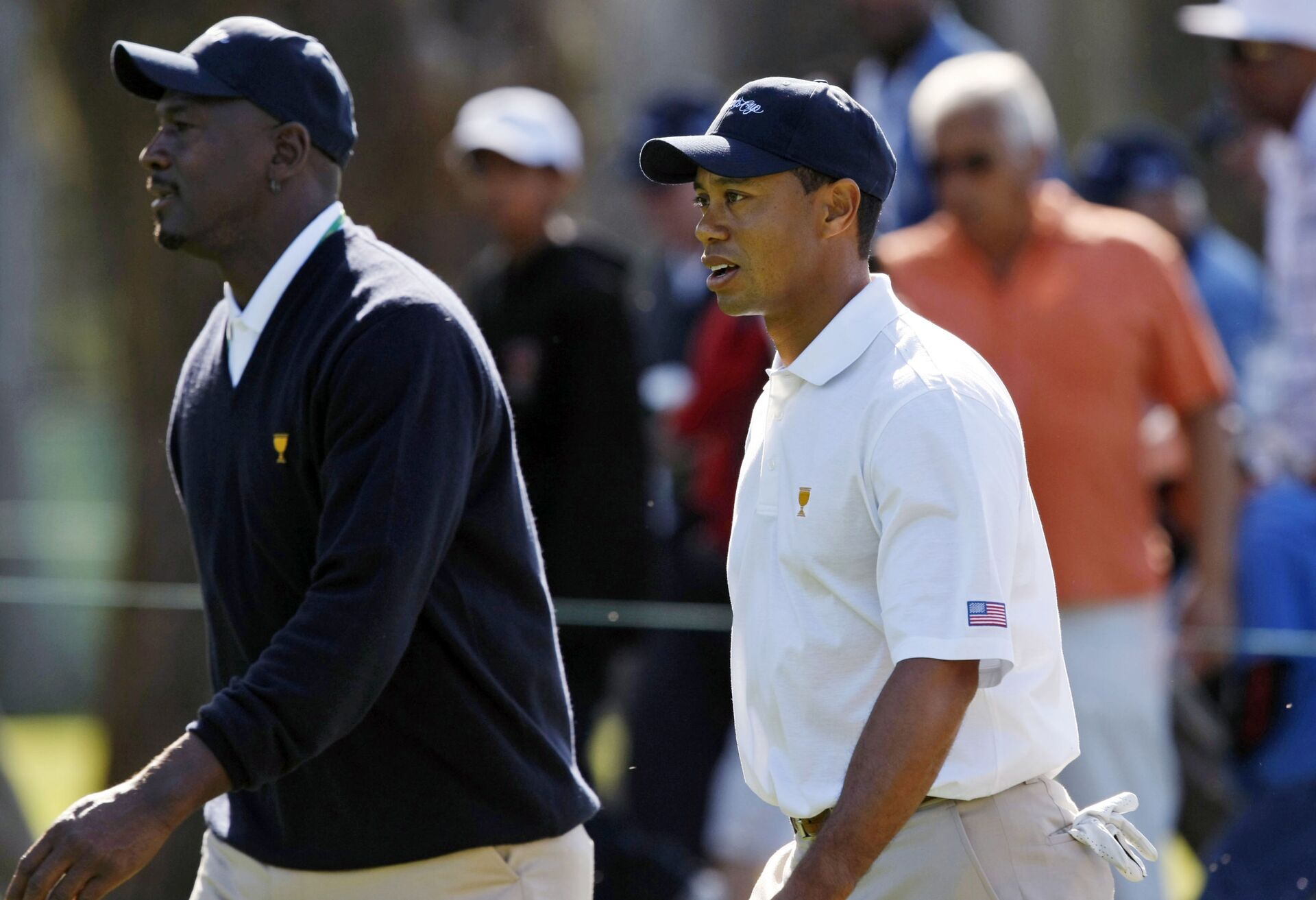 Throughout his professional career, Woods took home the PGA Player of the Year title a record 11 times, won 15 professional major golf championships, the Byron Nelson Award and has remained the highest-ranking person in PGA Tour wins.

Woods’ sports life has not been a ‘straight up’ journey amid a mixture of personal dramas and some tragic events. In 2006, he lost his father Earl, whom he considered a major influence and inspiration for his career – and took several weeks off to grieve. Upon returning to the US Open at Winged Foot, Woods missed the cut for the first time as a professional player.

However, he soon got back on his feet – he eventually won six consecutive tour events that season and broke the tour records for a number of total wins.

At the 2008 US Open, he claimed an eye-popping victory over Rocco Mediate, prompting his opponent to claim that “this guy does things that are just not normal by any stretch of the imagination".

Just a year later, his name became embroiled in sex scandals after multiple women claimed through the media that they'd had an affair with Woods, who has been married to ex-Swedish model Elin Nordegren since 2004. 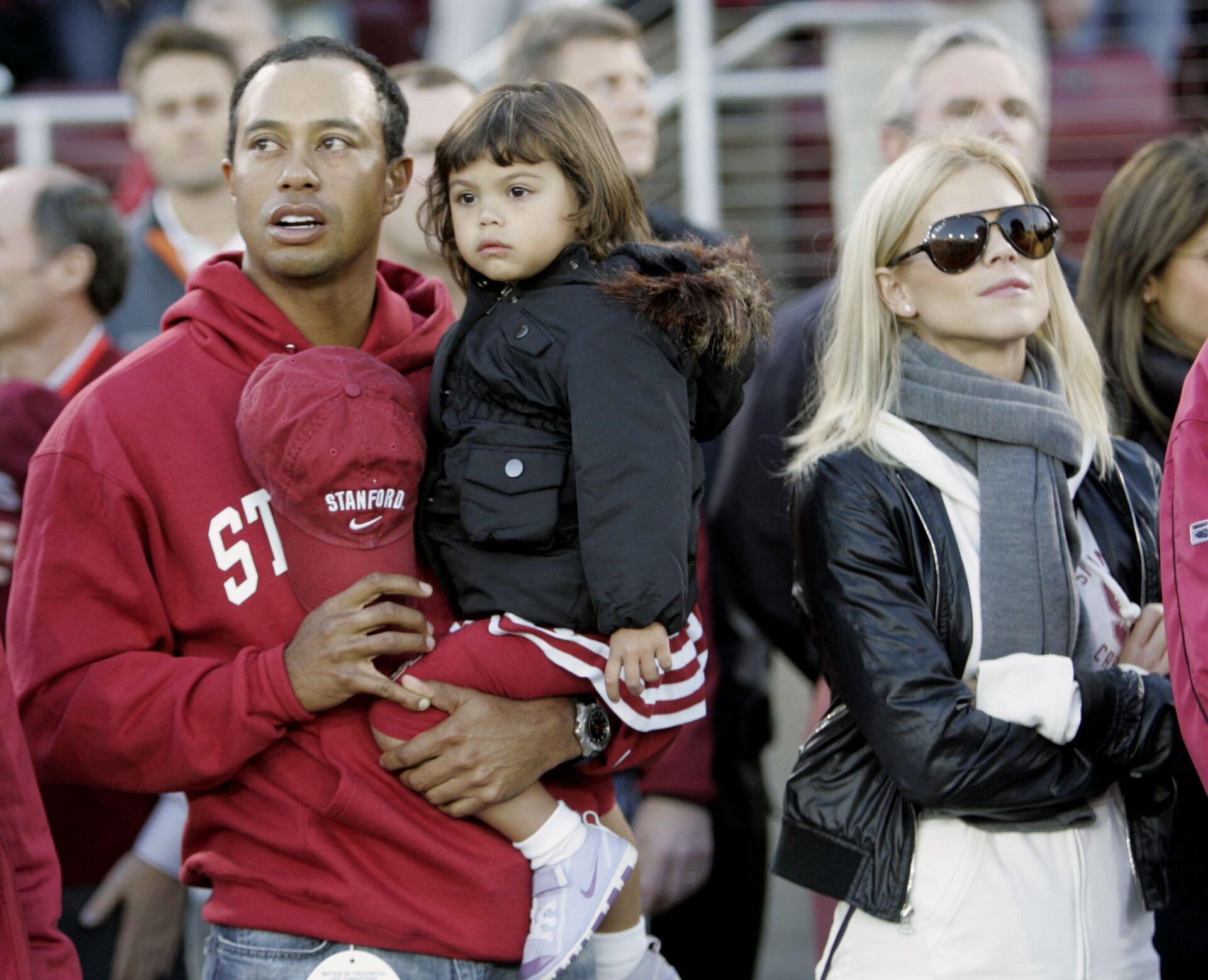 Tiger Woods with his daughter Sam and wife Elin are seen before the start of a NCAA college football game between Stanford and California in Stanford, Calif., in this Nov. 21, 2009
© AP Photo / Marcio Jose Sanchez

After the first reports of his infidelity emerged, Woods got involved in a car accident after colliding with a fire hydrant and a tree. The athlete had received a ticket for careless driving and some minor facial injuries, taking sole responsibility for the accident.

Later, Woods came to admit multiple extramarital affairs and apologised for his actions. In February 2010, the golfer revealed that he had undertaken a 45-day therapy programme to deal with “issues” he was “facing.”

"I thought I could get away with whatever I wanted to," he said at the time, issuing apologies for his wrongdoings. "I felt that I had worked hard my entire life and deserved to enjoy all the temptations around me. I felt I was entitled. Thanks to money and fame, I didn't have to go far to find them. I was wrong. I was foolish."

Following the athlete’s admission, several big brands broke their contracts with him, including General Motors, AT&T, and eventually TAG Heuer.

Woods and Nordegren, the mother of his two children, divorced in August 2010. During that year, Woods did not win a single tournament for the first time during his golfing career.

In 2017, the golf star was arrested in Florida over suspicious that he was driving under the influence of alcohol or drugs, after he was found asleep in his vehicle with its engine running. He later pleaded guilty to reckless driving saying that his prescription drugs were to blame. He received an alcohol-free probation year and a $250 fine, alongside 50 hours of community service.

During the 2008 US Open, Woods admitted struggling with two stress fractures in his tibia and rounded up the season with an announcement that he had to undergo an additional knee reconstruction surgery in a week.

In 2010, he withdrew from the Players Championship’s fourth round, citing an injury. He had several major victories in 2013, but sustained another trauma during the Honda Classic’s final round and resigned from the tournament over a pain in his back. 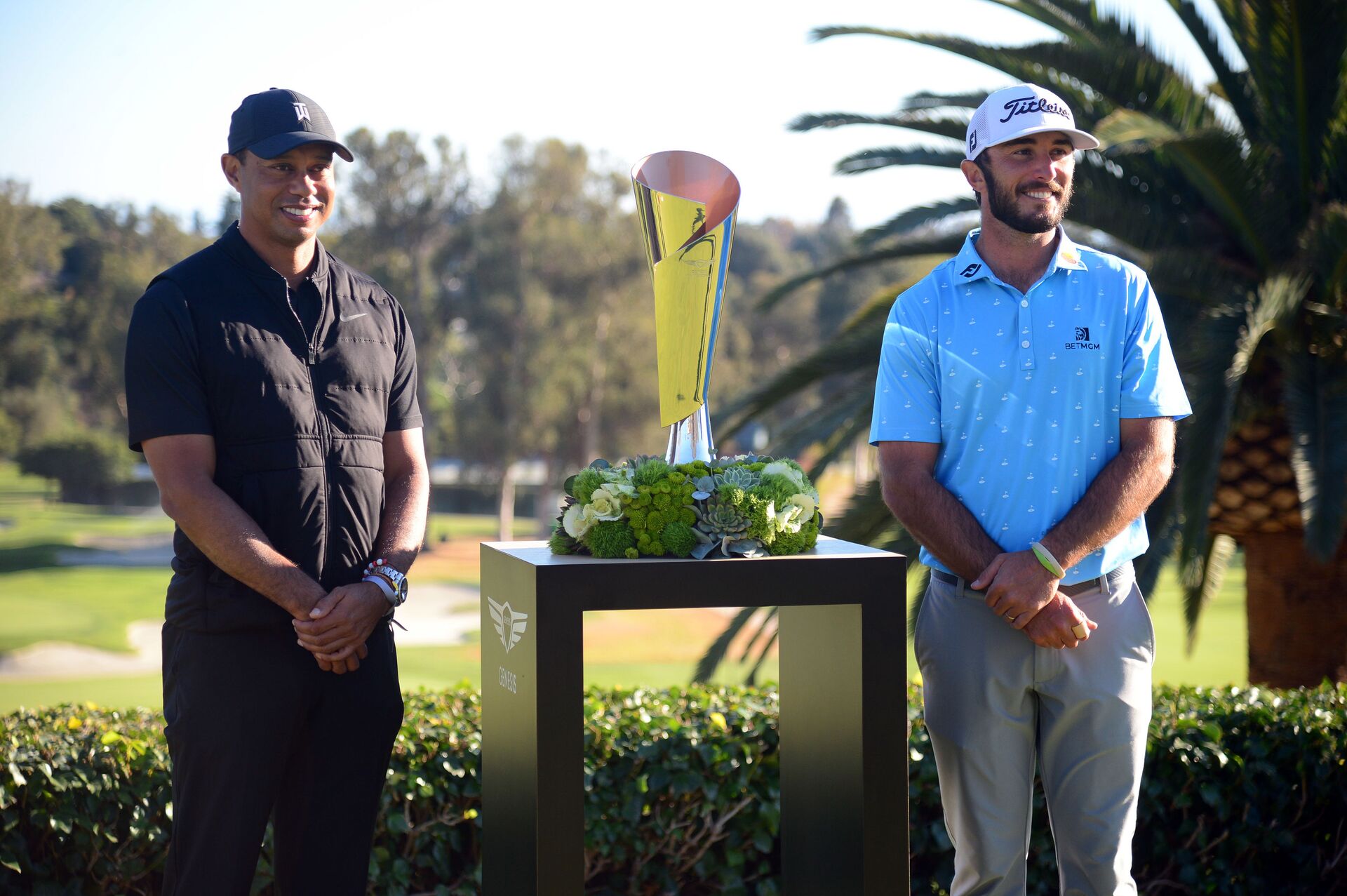 Woods later underwent back surgery which prompted him to skip the Arnold Palmer Invitational in March 2014. He completely withdrawn from the Farmers Insurance Open over a back injury in February 2015 and had another operation the following year.

The golf legend had several more spinal and knee surgeries in the next couple of years. At one point, these misfortunes have reportedly prompted him to admit to retired golfer Jack Nicklaus that he was “done” with the sport. 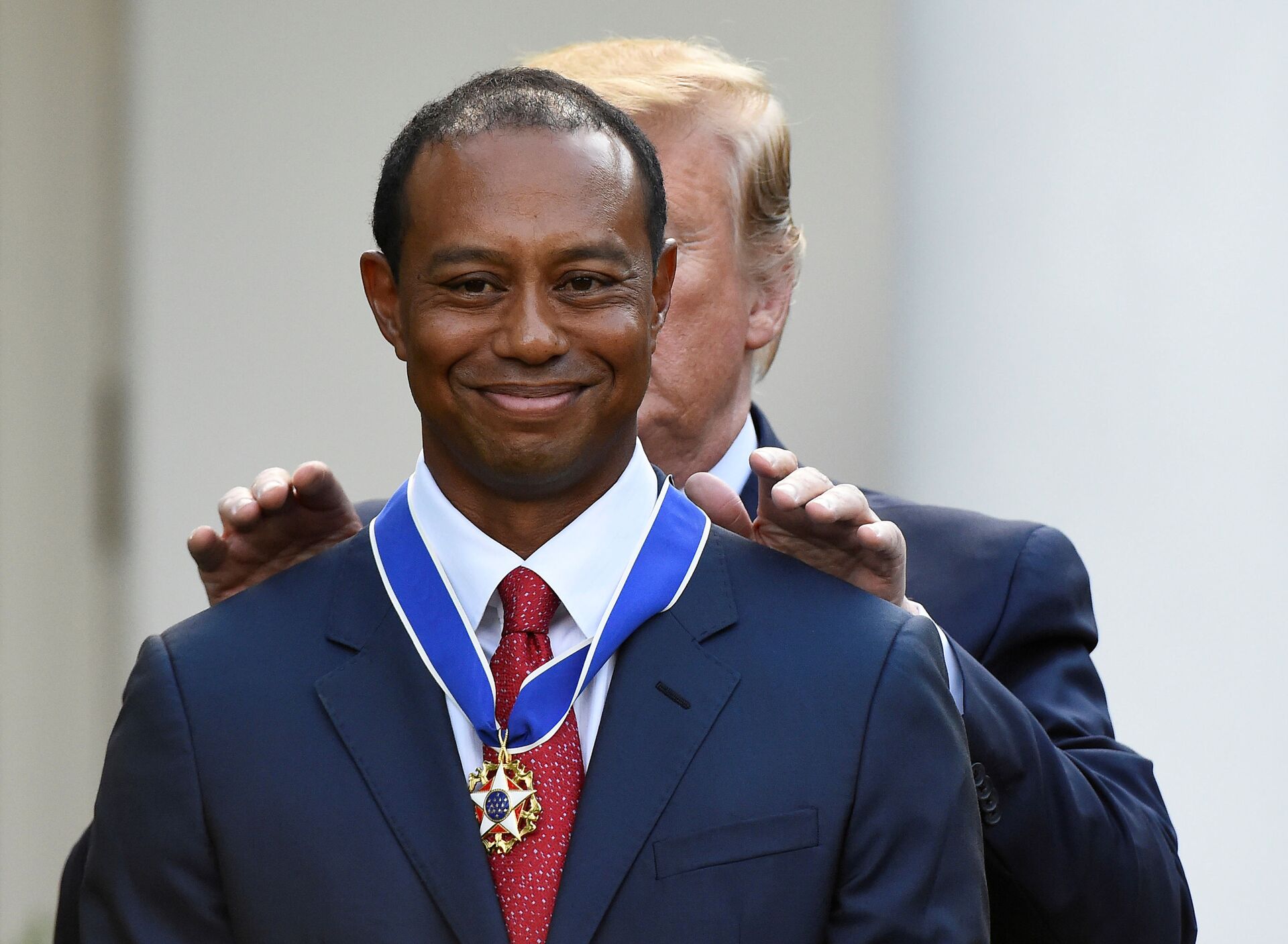 Golfer Tiger Woods is awarded the Presidential Medal of Freedom, the nation's highest civilian honor, by U.S. President Donald Trump in the Rose Garden at the White House in Washington, U.S., May 6, 2019
© REUTERS / CLODAGH KILCOYNE

But Woods bounced back. In one of the greatest sporting comebacks in history, Tiger won the 2019 Masters – his 15th major title and first big win in over a decade.

Following this, he was awarded the Presidential Medal of Freedom by then-President Donald Trump.

In January, Woods had back surgery again to remove a disc fragment that was pinching a nerve.

The legend was undergoing rehabilitation from his latest back operation when his SUV crashed in a tree and rolled over several times on Tuesday morning, according to the Los Angeles County Sheriff.

The incident happened when Woods, one of the highest-paid athletes, was making his way to a local golf course to shoot for GolfTV. The vehicle of golfer Tiger Woods, who was rushed to hospital after suffering multiple injuries, lies on its side after being involved in a single-vehicle accident in Los Angeles, California, U.S. in a still image from video taken February 23, 2021
© REUTERS / KNBC

According to the police, the incident took place at a spot which is known for “traffic collisions” as it is believed that Wood’s car was going with “a relatively greater speed than normal.”

The investigation into the incident and potential presence of drugs or alcohol into the man’s system has now been launched.

The first police officer who arrived at the crash scene claimed that Tiger Wood was “very fortunate to come out of this alive” as people around the world have been sending prayers for his immediate recovery.

000000
Popular comments
TV stations in the US reported that according to the California Highway Patrol, there were no signs that Tiger Woods used breaks before crashing at high speed and his abilities were not impaired. If he wasn’t trying to commit suicide or was texting while driving, he must have fallen asleep behind the wheel. Cops are, for sure, in the process of checking his cellphone records.