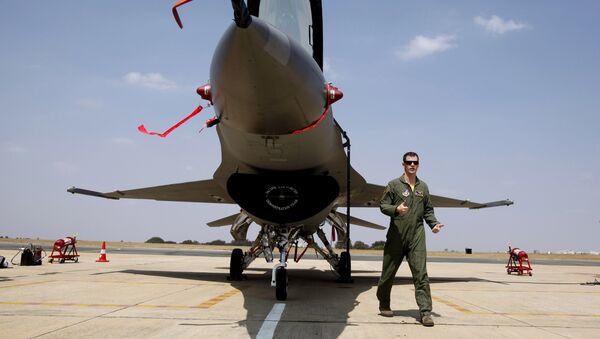 There is growing speculation that Washington intends to involve India in case of any escalation with Iran after US President Donald Trump mentioned that murdered Iranian commander Qasem Soleimani was involved in plotting terror attacks in New Delhi.

“Washington can certainly rake up the issue of Logistics Exchange Memorandum of Association (LEMOA), and ask India to help under the auspices of the agreement,” opined Kabir Taneja, a fellow at Delhi based Observer Research Foundation and author of 'The ISIS Peril'.

The Indian Foreign Ministry remained tight-lipped about the comment while Iran’s Ambassador to India Ali Chegeni categorically denied the allegations made by Trump.

On Tuesday, the Indian foreign ministry mentioned that Modi, in a phone call, expressed his desire to continue to work with President Trump in all areas of mutual interest while the US side has emphasised that the leaders discussed ways to “further strengthen the United States-India strategic partnership in 2020, and they also reviewed regional security matters”.

LEMOA Depending Upon Mutual Interest

Signed in August 2016, the Logistics Exchange Memorandum of Association (LEMOA) is one of four foundational agreements that the U.S. signs with its allies and close partners to facilitate interoperability between militaries and the sale of high end technology. It provides for logistics support and services between the armed forces of India and the US.

The question remains whether Trump will ask Modi to use Indian facilities under the LEMOA in case of a further escalation of tension with Iran, especially when Pakistan and Afghanistan have categorically stated that their soil cannot be used against anyone.

“They can certainly rake up the issue of LEMOA, but, if that happens, it would only be to test India's commitment to its partnership with Washington,” Taneja added.

The agreement clearly states that besides providing logistical support, “any other cooperative efforts shall only be provided on a case-by-case basis through prior mutual consent of the parties”.

It is estimated that there are over 65,000 American military personnel currently deployed in West Asia and Afghanistan. Jordan, Kuwait, Bahrain, Oman, Qatar, Turkey, UAE are the countries from where US could possibly retaliate in case of Iran’s response to the killing of its commanders recently.

“I do not think otherwise US would need India to be a big staging area for any conflict it may have with Iran, considering it has bases readily available within the region, and in Europe north of Iran,” Taneja said.

But the response from US allies indicates that they are not comfortable in escalating tensions in the region.

Local media reported that Saudi Arabia was "not consulted" by Washington before the attack. Bahrain, where the Naval Forces Central Command of the US is located, is also reportedly keen to avoid further violence.