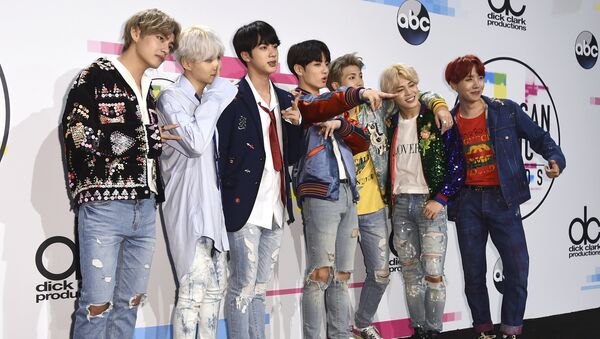 The group gained attention worldwide in 2017, gathering an army (literally) of fans; however, it seems that not all of their supporters on the prominant social media platform are real.

Popular K-pop group BTS came in second place in the proportion of fake followers on Instagram, according to an Institute of Contemporary Music Performance (ICMP) report, giving first place to Ellen DeGeneres, who has the highest amount of fake followers.

Among other famous personalities in sport, acting and TV, BTS took fifth place.

The Furious Army (the name of the group’s fandom) overflowed Twitter to express their discontent with the recent data, claiming that BTS sales say it all:

Fake follower? bots? yeah suree 💁🏻‍♀️ just look at their tweet engagement and dare to say it infront of our face. BTS the only act after obama tht have more tweets achieved such feat like this. not to mention, their followers also turn tht MILLION into their actual sales. pic.twitter.com/5lAygDAvTk

so fake followers can sell out concerts and give BTS high sells but your groups real followers cant even do that damn thats sad https://t.co/1mRbQI4dvL pic.twitter.com/UqDRrJXivG

bts has 90.3M posts with their hashtag on Instagram and you wanna tell me half of their followers are fake? Ok lol

I literally laugh and ignore that news fake bts followers shit on ig. Armys yall should do the same as we all know the numbers of seats sold out in those stadiums didnt lie.

Yes BTS' followers are fake this is why army gets 100k and 200k likes in twitter when y'all get 40K likes by dragging BTS and armys.not to mention BTS soldout major stadiums and filled those stadiums with armys. When your fave couldn't fill 18k arena Stay mad hun we don't give af pic.twitter.com/MSDvA1x06O

So u mean we are bots? BTS is selling out stadiums WW and millions of albums WW and u call us fake followers?

Earlier, in April, Donald Trump, who is also a K-pop fan and a well-known Twitter user, met with the social media company’s CEO Jack Dorsey and discussed the problem of fake accounts on the platform. The US president was concerned by how the platform was working and Dorsey explained that, among other things, they were seeking to clean up fake and abusive accounts.

Great meeting this afternoon at the @WhiteHouse with @Jack from @Twitter. Lots of subjects discussed regarding their platform, and the world of social media in general. Look forward to keeping an open dialogue! pic.twitter.com/QnZi579eFb

​BTS, also known as Bangtan Boys, was formed in 2013 in Seoul and has expanded its influence on music culture to Europe and the US. They became the first K-pop group to perform on American Music Award in 2017 and attended the 61st Grammy Awards 2019.