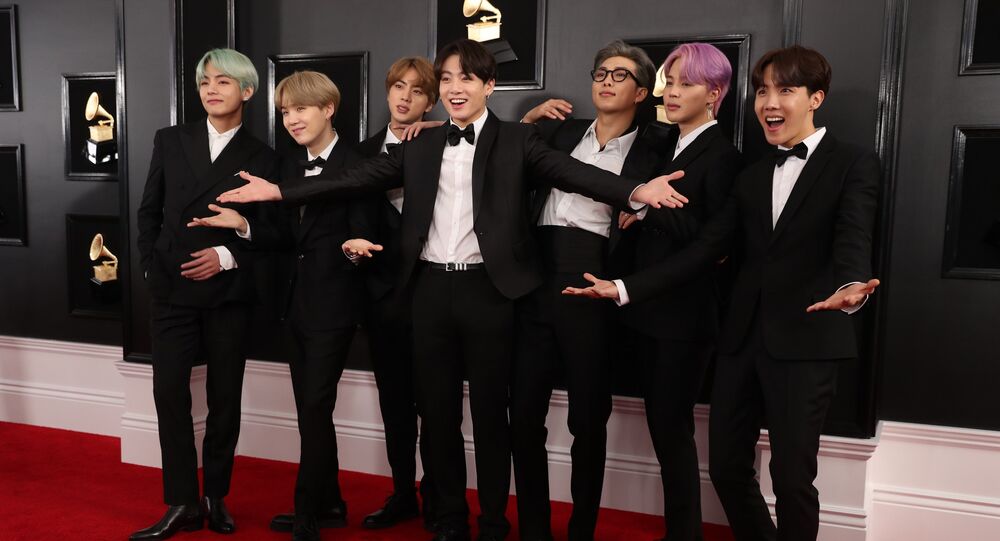 If one thought the most active Twitter account is that of Donald Trump, arguably the most famous Twitter person and the only president to announce his political moves and whatnot on his personal page, one would be gravely mistaken.

According to data provided by Axios, the K-Pop boy band BTS “is far and away the No. 1 Twitter account”, with its total number of interactions amounting to 407 million.

CORRECTION: This graphic has been updated to reflect a more complete dataset.

By comparison, President Donald Trump’s account has been engaged in 1/4 as many interactions, an estimated 104 million, with showbiz diva and singer Ariana Grande trailing just behind, with slightly over 101.8 million.

READ MORE: Twitter Erupts as K-Pop Star Speaks Up on Rumour About Kim Jong-un Being Her Fan

Twitter interactions, namely the amount of exchanges and posts a Twitter user has made, can be measured using a number of special tools, including the free program Twitonomy. The available data includes the amount a Twitterian posts per day, how much he or she retweets, most retweeted users and those most replied and tagged in tweets.