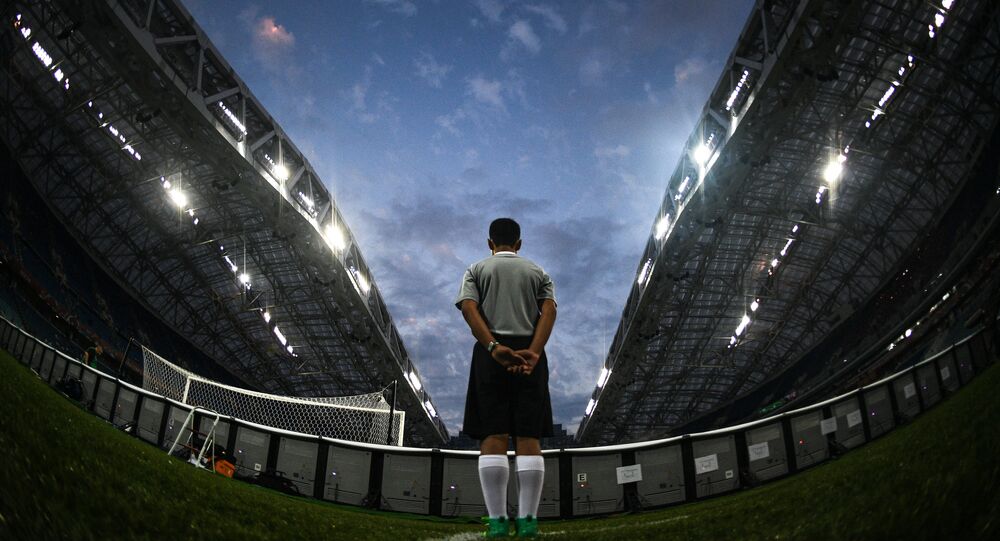 As excitement builds in the run-up to the 2018 FIFA World Cup, UK price-comparison service MoneySuperMarket has published a report detailing how much fans of the England national team are likely to spend during their stay in Russia.

Extensive research by MoneySuperMarket found the upcoming World Cup in Russia to be the cheapest WC tournament for UK fans to attend this decade – almost 50% cheaper than attending the 2014 World Cup in Brazil.

In the unlikely event of the England national football team reaching the final, travelling fans are expected to spend £8,667 ($US11,540 at the current GBP/USD exchange rate.)

© AP Photo / Peter Morrison, File
Kidding Me? Petition Urges FIFA to Delay World Cup Over Injured 'Lord' Striker
In line with the trend of rising WC match ticket prices, Russia has the “highest average ticket price of all World Cup and Euros competitions this decade,” at £192 ($US255), researchers found.

However, other expenses will be significantly cheaper in Russia than previous tournaments, with hotel prices described as “reasonable” and flights from major UK airports to Russia also cheaper than travel arrangements to most recent host countries of the World Cup and other top international football tournaments.

© Sputnik / Alexei Danichev
FIFA Organizer Reveals How World Cup Will Influence Live of Russian Citizens
The report also advised fans to note that laws regulating the consumption of alcohol vary throughout the Russian Federation, and said certain restrictions may apply, as authorities are looking to prevent acts of hooliganism, in the interest of the safety of fans and the cities’ residents alike.

The World Cup finals will run from June 14 to July 15 across 11 cities, including Moscow, Saint Petersburg, Kazan, Rostov-on-Don and Sochi.

This is the first time Russia has been awarded the contract to the host the tournament, and in addition to watching all the action live in the stadiums, fans will have plenty to do, with an endless array of tourist attractions and events available for holidaymakers to immerse themselves in.