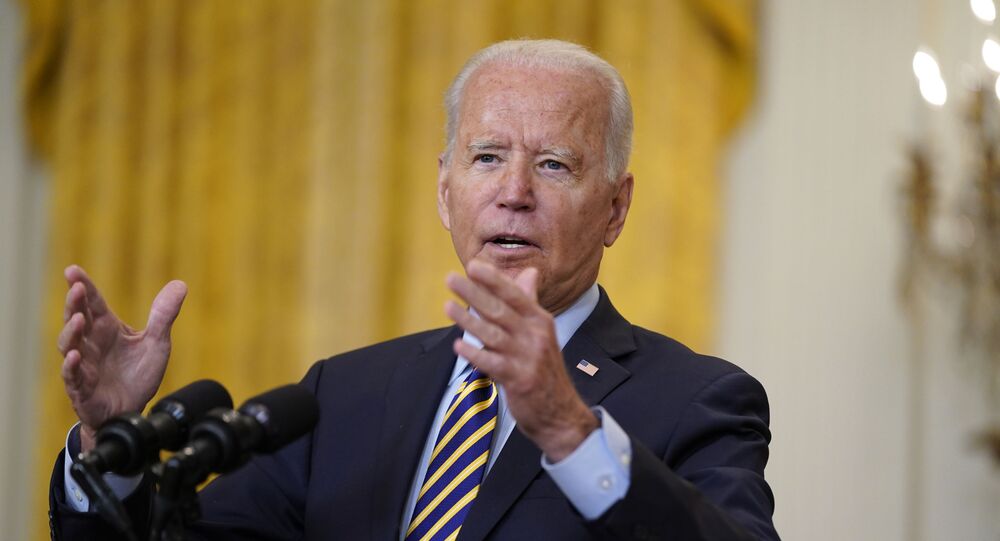 American diplomats and troops stationed in Iraq and Syria were targeted in three rocket and drone attacks in 24 hours, US and Iraq officials said on 7 July, including at least 14 rockets hitting an Iraqi air base hosting US forces, with no immediate claims of responsibility for the strikes.

President Joe Biden, whose current policy decisions are part of a move to pivot away from America’s decades of war in the Middle East, has come under fire from a growing chorus of Republicans. Some GOP members have lambasted his lackluster response to a spate of recent attacks against Americans in Iraq and Syria.

Biden was criticized for just two retaliatory strikes that were cited as failing to do much to deter Iranian proxies held responsible by Washington for the attacks.

“Iran-backed militias’ continued assault on US personnel in Iraq cannot be tolerated. President Biden must put forward a real strategy for deterring and ending these attacks, rather than continuing his bare-minimum, tit-for-tat approach that is failing to deter Iran or its militias and puts American lives at increased risk,” Oklahoma’s Republican Senator Jim Inhofe, on the Armed Services Committee, was cited as saying in a statement to POLITICO.

Former defense officials urged the President to “be consistent” in responding to the attacks.

Mick Mulroy, formerly responsible for representing the US Department of defense (DoD) for Middle East policy during the Trump administration, noted that “Iran needs to know they can’t hide behind their proxy forces.”

In response to the criticism, Biden’s Democratic allies point to the fact that the POTUS is acting under Article II powers, contained in the Constitution, to defend US service members by retaliating.

He does not, they underscore, possess the authority to launch offensive strikes against the Iran-backed militia groups without congressional approval.

“These are very fact-specific determinations,” Sen. Chris Van Hollen (D-Md.) of the US Foreign Relations Committee was cited as saying.

Some Democrats have likened the situation with the plethora of attacks to a low-scale war. Since it might be considered “hostilities” as defined by the War Powers Act, they are calling on Joe Biden to consider asking Congress for approval to continue striking the Iranian proxies.

Six rocket and drone attacks this past week are reported to have targeted US troops in the region.

On 7 July, at least 14 rockets hit Ain al-Asad airbase in western Iraq. Two people were slightly wounded in the rocket attack, said coalition spokesman U.S. Army Colonel Wayne Marotto. The rockets landed on the base and its perimeter.

Two rockets were fired at the US Embassy inside Baghdad's Green Zone early on Thursday, Iraqi security sources were cited as saying by Reuters.

In Syria a drone attack on the Al Omar oil field in the east of the country bordering Iraq on 28 June failed to achieve much damage, said the US-backed Syrian Democratic Forces.

A drone had been downed, according to the Pentagon, with the department adding that no injuries had been sustained by US service members.

According to Iraqi army officials, there has been a significant uptick in attacks against bases hosting American forces with rockets and explosive-laden drones of late.

Both in February and in late June Joe Biden directed targeted airstrikes on facilities reportedly used by Iran-backed armed groups in Iraq and Syria, with his administration asserting that they were intended to deter future attacks.

In a statement, Kadhimi called on all sides to avoid further escalation, adding that “Iraq reiterates its refusal to be an arena for settling scores."

Biden ordered limited strikes in Syria in February in response to rocket attacks in Iraq. Pentagon Spokesperson Cmdr. Jessica McNulty said the United States reserves the right to respond “at a time and place of our choosing to protect and defend our people.”

The strikes came as the administration of the Democratic President seeks to revive the 2015 nuclear deal with Iran while embracing the stated goal of deterrence through retaliatory airstrikes.

Former US president Donald Trump pulled the US out of the deal in 2018, prompting Iran to gradually move away from the terms of the deal signed with world powers.

The talks in Vienna, seeking to bring the US, under President Joe Biden, back into the Joint Comprehensive Plan of Action (JCPOA), have not moved forward in recent weeks, with no date set for a next round.

The current escalation of attacks targeting US forces in Iraq and Syria comes amid a bipartisan effort to limit the president’s “war powers”.

The Senate Foreign Relations Committee is expected to approve a bill next week to repeal two authorizations for the use of military force against Iraq. With the House already approving similar efforts, and the POTUS in favour of ditching “outdated authorizations”, some Senate Republicans have argued that repealing the 2002 and 1991 Iraq War authorizations would “hamstring” the President’s efforts.

Sen. Ted Cruz (R-Texas) was cited by the outlet as planning to introduce an amendment to the repeal measures to preserve the president’s ability to attack Iran and its proxies. Biden is being urged to “show strength in the face of these attacks.”

“It needs to be made clear that if our troops are attacked in any part of the world that we will not only respond, but we will respond quickly and forcefully,” said Alabama Rep. Mike Rogers, the top Republican on the House Armed Services panel.