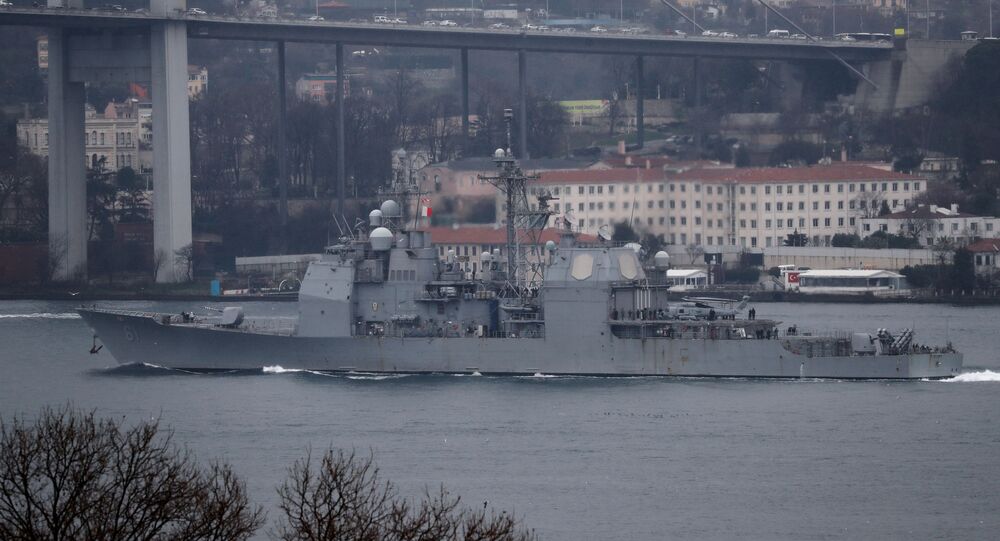 US Notifies Turkey of Cancellation of Passage of 2 Warships Through Bosphorus, Turkish Source Says

In accordance with the Montreux Convention, the Turkish Foreign Ministry was previously alerted via diplomatic channels that two US warships would be passing through the Bosphorus Strait in order to reach the Black Sea. The warships were originally slated to begin travel on April 14 and remain in the Black Sea until May 4.

"Yes, the US embassy has notified our ministry about this," a Turkish foreign ministry source told Sputnik on Wednesday, regarding reports of the cancellation.

It was reported late last week that Washington would be deploying the USS Theodore Roosevelt and USS Donald Cook to the region, shortly after the USS Monterey and USS Dwight D. Eisenhower transited the Bosphorus Strait and conducted "multi-domain" NATO operations in the Black Sea.

Russian Deputy Foreign Minister Alexander Grushko previously issued a statement to Sputnik stating that the increase of NATO activity and presence in the Black Sea could complicate regional security.

Washington's decision to cancel its scheduled deployment comes hours after a squadron of warships from the Russian Black Sea Fleet took to the waters to conduct artillery fire exercises.

​Some 15 ships from the Caspian Flotilla were reportedly used in the drills.

The increase in NATO activity since US President Joe Biden took office coincides with increased tensions in eastern Ukraine between Donbass and Kiev.

Russia, a guarantor of the 2015 Minsk Package of Measures, has urged Ukraine to respect the ceasefire terms of the agreement.

While Pentagon spokesperson John Kirby has said US activity in the area is "not anything new,"  Russian Deputy Foreign Minister Sergei Ryabkov has argued that the US and NATO are "deliberately turning Ukraine into a powder keg."

The Russian official added that, if escalation occurred, "the responsibility for the consequences of such an escalation will lay entirely at the feet of Kiev and its Western curators."