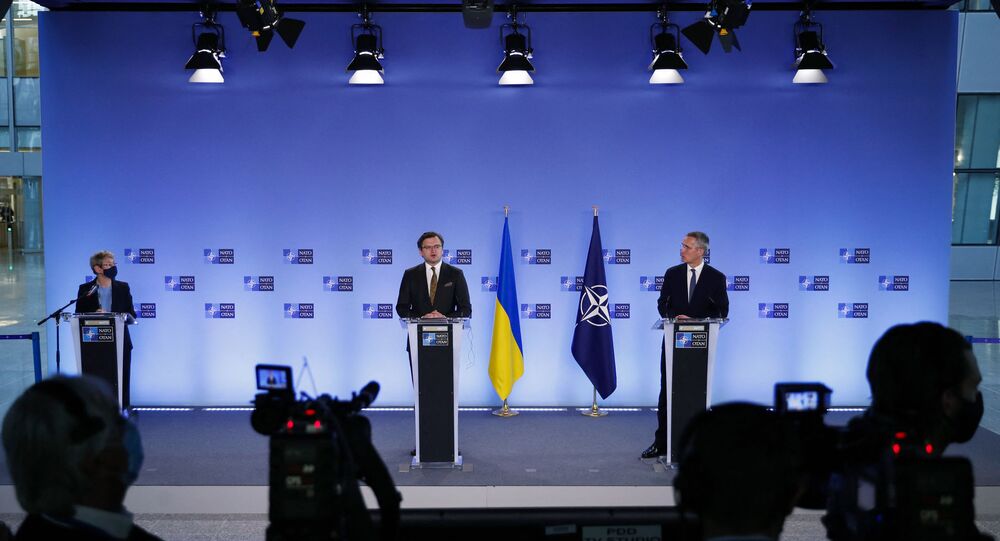 MOSCOW (Sputnik) - The NATO-Ukraine Commission — the body responsible for fostering a cooperative relationship between the two entities — met on Monday in Brussels to discuss "Russia’s military build-up in and around Ukraine."

"Allies reaffirmed NATO’s unwavering support for Ukraine’s sovereignty and territorial integrity. They expressed concern over Russia’s military build-up in and around Ukraine," the press release published on the NATO website read.

"We have supported wide-ranging reforms that are making Ukraine more resilient, and help advance its Euro-Atlantic aspirations. We will further enhance our cooperation with Ukraine and Georgia on Black Sea security, and we are working to make full use of Ukraine’s status as an Enhanced Opportunity Partner," Stoltenberg said.

The commission commended Ukraine for "restraint shown in the face of Russia’s provocations," while calling for de-escalation in the region. The meeting was also attended by Ukrainian Foreign Minister Dmytro Kuleba, who addressed the commission regarding the ongoing security situation with respect to Ukraine.

The secretary-general condemned the Russian presence and military build-up in Crimea, whose reunification with Russia NATO views as illegitimate. Crimea rejoined Russia after nearly 97 percent of voters supported the move in the March 2014 referendum. Moscow has repeatedly stated that Crimea's residents decided to rejoin Russia through a democratic process, adding that the referendum was conducted in compliance with international law. 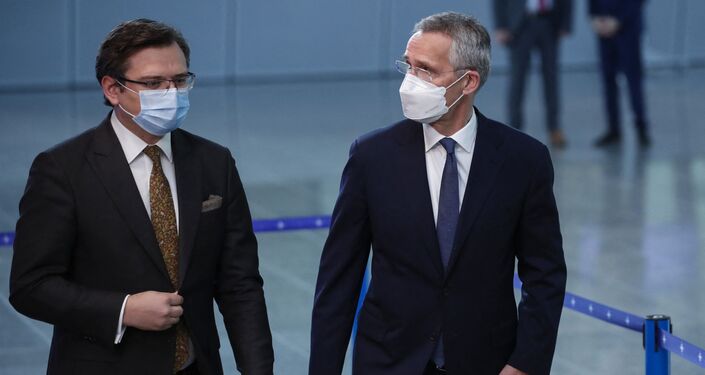 NATO also continued to call upon Russia to adhere to the Minsk Agreements which resulted in a failed ceasefire in the embattled Donbas region of eastern Ukraine. Russia has repeatedly said it was not a party to the conflict in eastern Ukraine.

This meeting of the NATO-Ukraine Commission occurred amid escalating tensions around the Black Sea, as the US continues to send two warships to the area in what many consider to be a show of military solidarity with Ukraine.

The Kremlin does not deny moving thousands of troops towards the Ukrainian border but has said that the movements were aimed at ensuring national security amid NATO's build-up near Russia's border.

Ukraine is one of NATO's six Enhanced Opportunity Partners, alongside Australia, Finland, Georgia, Jordan and Sweden. Such partners have custom relationships with NATO that promote interoperability.