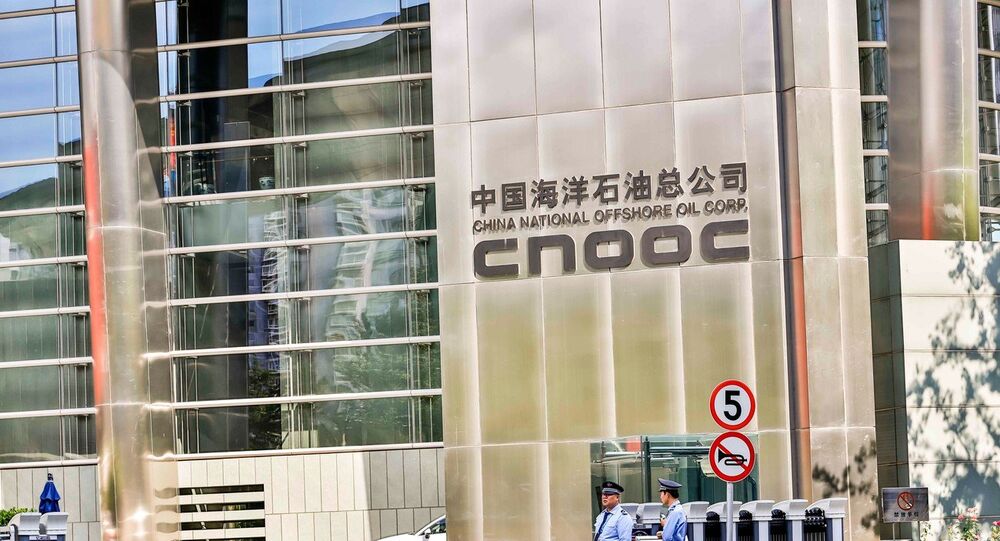 As global oil consumption is predicted by the International Energy Agency to slump by an unprecedented 8.8 million barrels a day in 2020, refineries have been forced to take drastic measures to reduce fuel supply amid plunging gasoline demand and an oil glut, with some struggling facilities pushed over the brink by the coronavirus fallout.

America, which has led the refining industry since the start of the oil age in the mid-nineteenth century, is facing the threat of being finally dethroned by China as early as next year, according to the International Energy Agency (IEA), writes Bloomberg.

Chinese refining capacity is cited as nearly tripling since the turn of the millennium, with its crude processing capacity expected to surge to 1 billion tonnes per year, or 20 million barrels per day, by 2025 from 17.5 million barrels at the end of 2020, according to China National Petroleum Corp.’s Economics & Technology Research Institute.

“China is going to put another million barrels a day or more on the table in the next few years. China will overtake the US probably in the next year or two,” Steve Sawyer, director of refining at industry consultant Facts Global Energy (FGE) was quoted as saying.

As capacity rises in China, India and the Middle East, plunging oil demand may take years to fully recover from the crippling fallout from the coronavirus pandemic.

© AP Photo / Ng Han Guan
A woman wearing a mask against the coronavirus rides past graffiti with the words "Wear your mask properly" in Beijing on Friday, May 15, 2020.

Besides the impact of the health crisis, as many European energy companies transition to embrace a cleaner energy mix, set to shed their oil assets by the middle of the century, oil refiners around the world are also increasingly feeling pressured by Chinese and Middle Eastern refineries.

According to the latest report by @IEA on " #renewables 2020 - Analysis and forecast to 2025" #renewableenergy is currently on track to overtake coal as the top #powersource in the next five years.@EuropeScientist #betd2020 #GreenDeal #GreenRecovery https://t.co/ASRQPI2kcc

About two thirds of European refiners are barely able to drum up enough profits from fuel production to cover their costs, said Hedi Grati, head of Europe-CIS refining research at IHS Markit.

Predicting the closure of another 2 million barrels per day of refining capacity through next year, Sawyer added: “There is more to come.”

The COVID-19 health crisis has wrought a dramatic change in the global refining industry, writes the outlet.
In China and the rest of Asia, economies are demonstrating a swift rebound from the slump driven by the coronavirus pandemic, with a surging demand for plastics and fuels.

China had rolled out measures ranging from weeks-long lockdowns of neighbuorhoods and cities to mass testing in response to even the smallest of coronavirus outbreaks, followed up by fiscal spending, tax relief and cuts in lending rates and banks’ reserve requirements to revive the economy and support employment.

In contrast, US refineries, as well as those in Europe, are in the throes of a deeper economic crisis, compounded by a grim long-term outlook for crude demand stemming from a transition away from fossil fuels.

Renewable sources have overtaken coal, oil and gas in EU electricity generation for the first time, according to fresh data from climate thinktank Ember, that shows wind, solar, hydro and bioenergy generating 40 percent of the 27 member states’ electricity in the first half of the year, beating fossil fuels, which accounted for 34 per cent.

Amid a spate of oil refineries struggling and eventually shutting down in recent years, earlier in November Royal Dutch Shell Plc, the world’s third-biggest oil major, pulled the plug on its Convent refinery in Louisiana.
China, by contrast, was launching a new unit at Rongsheng Petrochemical company’s giant Zhejiang complex in northeast China.

Totalling 1.2 million barrels of crude-processing capacity daily, this is just one of at least four projects underway in the Asian country.

Oil exporters are now selling more crude to Asia and less to long-standing customers in North America and Europe, as China’s refining industry is on the rise, and large new plants are mushrooming in India and the Middle East.

As acknowledgement of China’s growing clout in the refining industry grows, older plants in other parts of Asia are feeling the pressure. Thus, Shell announced in November they will halve capacity at their Singapore refinery complex Pulau Bukom.

Shell Singapore to cut 500 jobs in next three years as it downsizes Pulau Bukom operations by @STCOM https://t.co/ZpoK5OtBxr

“A refining industry that was intended to accommodate a certain level of global demand must now contend with what is expected to be a significantly lower amount of it. What was expected to be a long, slow adjustment has become an abrupt shock,” Rob Smith, a director at IHS Markit, was quoted as saying.

The Drive For Plastic

The popularity of refineries in Asia is being driven not only by impressive economic growth rates, but growing demand for the petrochemicals used to make plastics.

According to industry consultant Wood Mackenzie, more than half of the refining capacity from 2019 to 2027 will be added in Asia and 70-80 percent is forecast to be plastics-focused.

The IEA forecast for global oil consumption is hardly optimistic, as a slump by an unprecedented 8.8 million barrels a day is anticipated this year, averaging 91.3 million a day.

​As many refineries were already struggling in 2019, with global crude distillation capacity of approximately 102 million barrels a day outstripping the 84 million barrels of refined products demand, according to the IEA, the pandemic might have become the last straw.

Even China, for all its impressive gains, might face a demand growth peak by 2025 followed by a slowing down, say China National Petroleum Corporation (CNPC) analysts, as oversupply in the country is projected to reach 1.4 million barrels a day by that time.

“In an environment where the world has already got enough refining capacity, if you build more in one part of the world, you need to shut something down in another part of the world to maintain the balance. That’s the sort of environment that we are currently in and are likely to be in for the next 4-5 years at least,” said FGE’s Steve Sawyer.