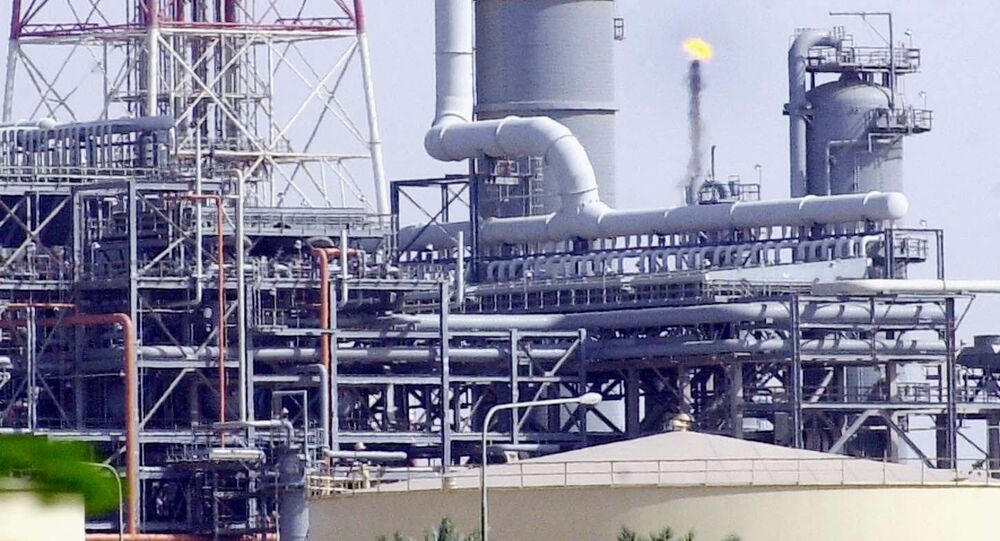 DOHA (Sputnik) – Saudi Arabia will miss more than 100 billion riyals (over $27 billion) in 2020 due to the fall in crude-oil prices this year amid the COVID-19 pandemic, Saudi Crown Prince Mohammed bin Salman bin Abdulaziz Al Saud has said.

"According to the 2020 budget projections presented last year, government revenues were expected to be 833 billion riyals, with 513 billion of them coming from oil proceeds. In the wake of the collapse of oil prices this year, oil revenues have in fact dropped to around 410 billion riyals," the crown prince said, as quoted by the state-run Saudi Press Agency.

These revenues are insufficient to even cover the payroll of government employees, which is estimated at 504 billion riyals in line with this year's budget, the crown prince added, noting that such circumstances had forced the kingdom to increase non-oil income to approximately 360 billion riyals.

"We have been able to maintain wages of citizens, majority of the allowances and bonuses, as well as to continue funding up 137 billion riyals in capital expenditures and cover high health care expenses in the amount of 188 billion riyals due to the pandemic," the crown prince said.

The crown prince also highlighted the importance of diversifying income opportunities and contributing to the public investment foundation in a bid to support the country's new economic sectors, such as tourism, sports, industry, agriculture, transport, space and mining.

An unprecedented drop in oil demand amid global coronavirus lockdowns, coupled with the subsequent price war between OPEC and non-OPEC countries, has resulted in a deep crisis for the energy market.

The OPEC and non-OPEC group of countries are currently slashing 7.7 million barrels a day collectively until December 31 in an attempt to stabilize the market. Starting from 2021, the oil producers plan to ease the cuts to 5.8 mbd.