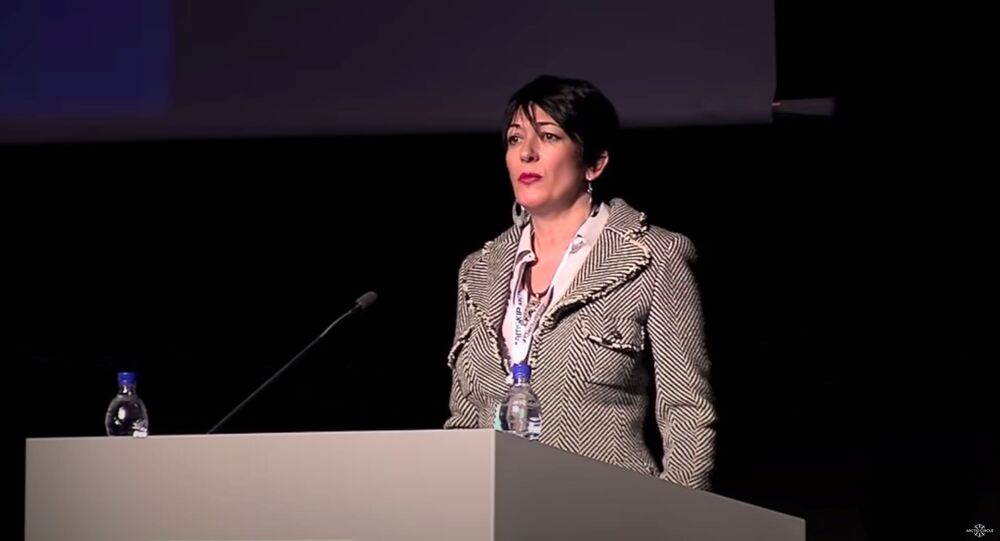 The arrest and mysterious death of financier as well as convicted paedophile and sex trafficker Jeffery Epstein made a lot of noise in the media, as he was well connected with prominent personalities around the world who have everything to lose should they be found to have used his services.

US prosecutors are going to great lengths to see British socialite Ghislaine Maxwell, who has been accused of helping financier Jeffery Epstein groom underage girls for sex trafficking, face trial and possibly testify regarding the clients of Epstein's network. She has been placed under special observation at the Metropolitan Detention Centre in New York and stripped of means to commit suicide, with prosecutors demanding that her request for $5 million bail be declined.

Investigators believe that the notorious financier had video recordings of his clients' visits that were shot using hidden cameras, as well as records in a personal notebook that might help implicate them in having sex with and abusing girls as young as 14. But this evidence has never been located, while Maxwell, who is believed to have been Epstein's key accomplice, could be the last person to know where it is following the death of the financier. The potential names in the records could make major headlines.

The fact that the apparent suicide of Jeffery Epstein in jail is surrounded by a multitude of speculations and conspiracy theories is not accidental – the sex offender made quite a few acquaintances with famous politicians, lawyers, pundits, and businessmen. Virtually all of them have now come under suspicion of using the financier's sex trafficking services, although in most cases without any solid proof.

One of the most famous names on the list of people who might have, according to proponents of the theories, wanted Epstein to remain quiet is incumbent US President Donald Trump. POTUS repeatedly visited many of Epstein's estates and was a passenger on his private plane, dubbed the "Lolita Express".

"I’ve known Jeff for fifteen years. Terrific guy. He’s a lot of fun to be with. It is even said that he likes beautiful women as much as I do, and many of them are on the younger side", Trump said of him back in a 2002 interview, long before Epstein was first convicted of procuring an underage girl for prostitution and subsequently serving an 18-month sentence.

The list of Epstein's powerful friends doesn't end with Trump, however. The Duke of York, Prince Andrew, has been attempting for over a year to distance himself from the financier after one of his alleged victims, Virginia Roberts, said the member of the British royal family had used Epstein's services. Prince Andrew often visited the sex trafficker's private island (also known as "Paedophile Island"), according to the accounts of alleged victims, but was not alone in doing so – former US President Bill Clinton and renowned American lawyer Alan Dershowitz were also purportedly frequent guests.

Prominent American hedge fund manager Glenn Dubin also came under suspicion after Virginia Giuffre indicated that he was the man she was assigned to "service" by Epstein, while Dubin's wife defended the financier following his first sex offence charges. A former head of Harvard University and adviser to Barack Obama, Lawrence Summers, is also mentioned as having been a brief guest on board the "Lolita Express" and was reportedly behind the idea of naming a math programme, financed by Epstein, after the financier.

Merely Being Acquainted is Enough

Many people who knew Epstein well or even called him a "friend" in the past have also fallen under suspicion of using the financier's sex trafficking services, despite a lack of evidence in support of such notions. Nonetheless, knowing the financier was enough, for example, to bury all prospects for Israel Democratic Party leader Ehud Barak’s bid to become Israeli prime minister. Photos of him leaving one of Epstein's houses quickly hijacked the discourse around his 2019 campaign, despite Barak denying having used the sex trafficker's services.

The possibility of landing in hot water for merely being acquainted with the financier prompted many of those who knew or met him to publicly denounce being friends with him or even visiting his parties. Namely, former US Democratic Senator George Mitchell and former Governor of New Mexico Bill Richardson both denied allegations made by Giuffre that they had attended Epstein's parties, which had underage girls present, or even having met their accuser. Leslie Wexner, the founder and chairman of L Brands - which owns famous labels such as Victoria's Secret and Bath & Body Works, denounced his friendship with Epstein, accusing the latter of misappropriating vast sums of money during his work as a financial adviser. However, he did not address accusations made against him of trafficking underage girls allegedly provided by Epstein.

© AP Photo / David Parker
After Maxwell's Arrest Prince Andrew's Only Option is to Cooperate With US Prosecutors, Scholars Say

For now, the future of the array of allegations against many of Epstein's "friends" depends heavily on what Ghislaine Maxwell will and will not reveal to US authorities. As many of the existing accusations are mostly based on the accounts of alleged victims and have no solid evidence to substantiate them, the potential cases against Epstein's acquaintances and their prospects remain in question.