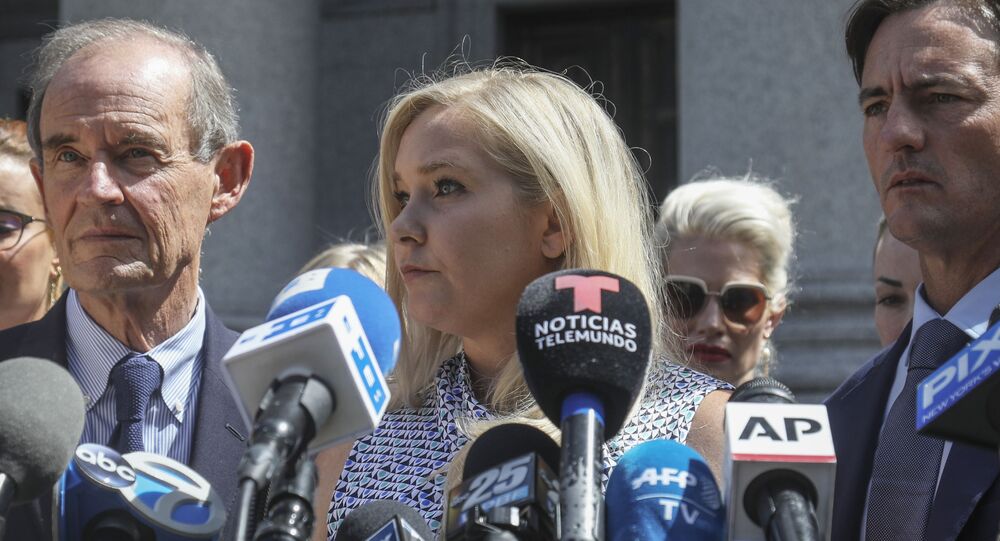 Alleged Epstein Victim Claims She Was Forced to Have Sex With Ex-Israeli PM, Court Filings Suggest

Lawyer Alan Dershowitz, who is trying to obtain papers on the issue, previously said that an anonymous person is trying to prevent the release of documents related to the Roberts Giuffre-Maxwell defamation case, adding they might contain the names of people closely associated with Jeffrey Epstein.

Virginia Giuffre, one of Jeffrey Epstein's alleged victims, has claimed that the billionaire forced her to have sex with former Israeli Prime Minister Ehud Barak, the Miami Herald reported, citing court filings by American lawyer Alan Dershowitz – who has also been accused of misconduct by Giuffre as well.

Dershowitz is currently seeking access to secret court documents involving Jeffrey Epstein, while lawyers for Virginia Giuffre have asked a federal judge not to give the information to him, claiming that the former might distort that data to his benefit. However, during a recent hearing, the Harvard professor's attorney, Howard Cooper, said that the team had already obtained some of the depositions.

"Giuffre has also alleged that she was forced to have sex with former Israeli Prime Minister Ehud Barack [sic]", the filing read in response to the accusations against Dershowitz. "Giuffre has offered no proof other than her uncorroborated word".

Sources close to the former Israeli prime minister addressed the allegations, telling Israeli news portal N12 that his name "was inserted into the article in order to push aside the allegations against Dershowitz".

Epstein, a wealthy financier and convicted sex offender, was charged in New York with sex trafficking and conspiracy in 2019. He pleaded not guilty to the charges against him. In August 2019, he was found dead in his Metropolitan Correctional Center jail cell, shortly after being removed from suicide watch before the trial. The New York City medical examiner later ruled Epstein's death a suicide by hanging.