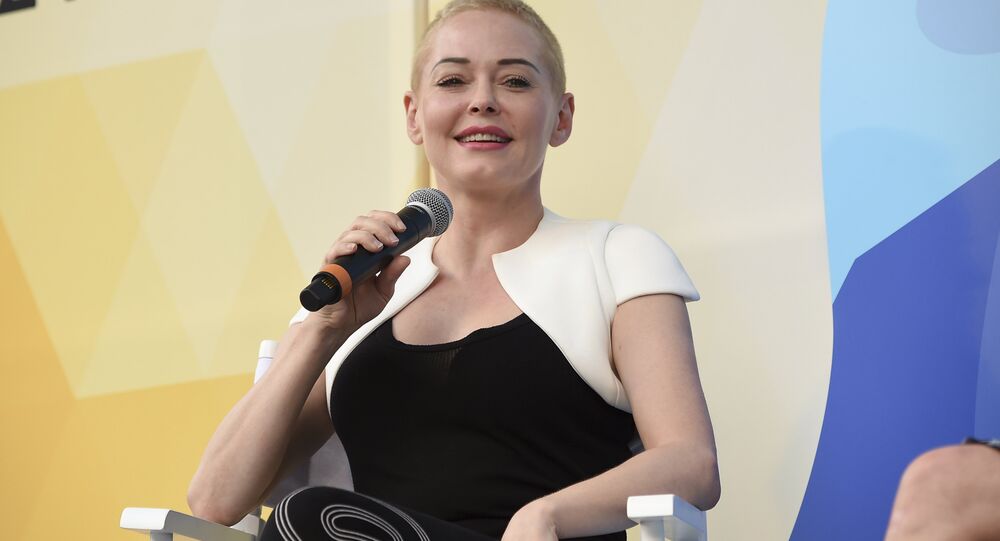 Since the FBI finally nabbed Jeffrey Epstein's suspected associate, Ghislaine Maxwell, also known to be a long-time acquaintance of the Duke of York, the media has again refocused its attention on Andrew, his ties to the late paedophile, and implications that Maxwell's arrest could have on him.

With Ghislaine Maxwell, an heir to her father media proprietor Robert Maxwell’s fortune, being the latest high-profile figure charged with sex crimes, now is the right time to also see such big shots as Bill Clinton and Prince Andrew behind bars, according to #MeToo champion Rose McGowan.

Rose McGowan tweeted a picture of "madam" Ghislaine Maxwell, who was nabbed on Thursday morning after a year-long FBI search over her role in Jeffrey Epstein’s purported sex trafficking ring, ties to the late paedophile himself, and Harvey Weinstein, whose own record of sex crimes has already put him in jail for 23 years.

"Now get Bill Clinton and Prince Andrew", McGowan captioned the image, featuring the trio crossed out in a red highlighter.

Both men's association with the notorious ringmaster is incidentally well-recorded. Prince Andrew, although he previously denied meeting one of Epstein's alleged victims until a joint picture of them resurfaced, admitted visiting his billionaire acquaintance at his lush Big Apple penthouse in the 2000s, but stressed he was unaware of his criminal dealings.

Bill Clinton's name pops up in an even broader and more lucid context, as besides joint pictures with Epstein and Maxwell, he is also mentioned in the flight logs of Epstein’s jet – a Boeing 727 dubbed the "Lolita Express", suggesting he travelled aboard it 26 times, reportedly without his security detail on at least five occasions. Separately, staff on Epstein’s private island, Little Saint James in the Caribbean Sea, as well as one of his accusers, claim that Clinton visited the sex criminal's secluded resort on at least on one occasion. The former president has also been pictured with his arm flung around one of Epstein's accusers.

While Maxwell is in custody, awaiting transfer to New York for court proceedings on six charges, the socialite’s arrest at her New Hampshire hideout has raised multiple questions about Prince Andrew's ties with her, reinvigorating speculation about his potential testimony. He earlier admitted knowing the lady for 40 years, since her university years.

Calls have been on the rise to get him speak to US prosecutors, while his legal team argued that there had been no requests to this end, stressing that conversely, the US authorities hadn’t responded to their repeated attempts to break the deadlock.

Regarding the direct accusations involving Andrew, claims he had sex with one of Epstein's underage victims, the Duke denied them around the time he was first implicated in the case.

"If Miss Maxwell decides that she is going to cooperate and talk about Prince Andrew... Prince Andrew might want to get to the prosecutors first", she pondered, as reports emerged of acting US attorney for the southern district of New York urging the Duke of York, to "come in to talk to us".

"We would like to have the benefit of his statement . . . our doors remain open and we would welcome him coming in and giving us an opportunity to hear his statement", Audrey Strauss was cited by The Times as saying.

The developments in the alleged sex trafficking case come almost a year after billionaire investor Jeffrey Epstein was found dead in his prison cell while awaiting trial, years after the first one in which he had been convicted of child sex abuse. His death, ruled to be suicide, has since spurred multiple theories centered around his ties with the rich and powerful - high-profile businessmen, royals, and politicians.