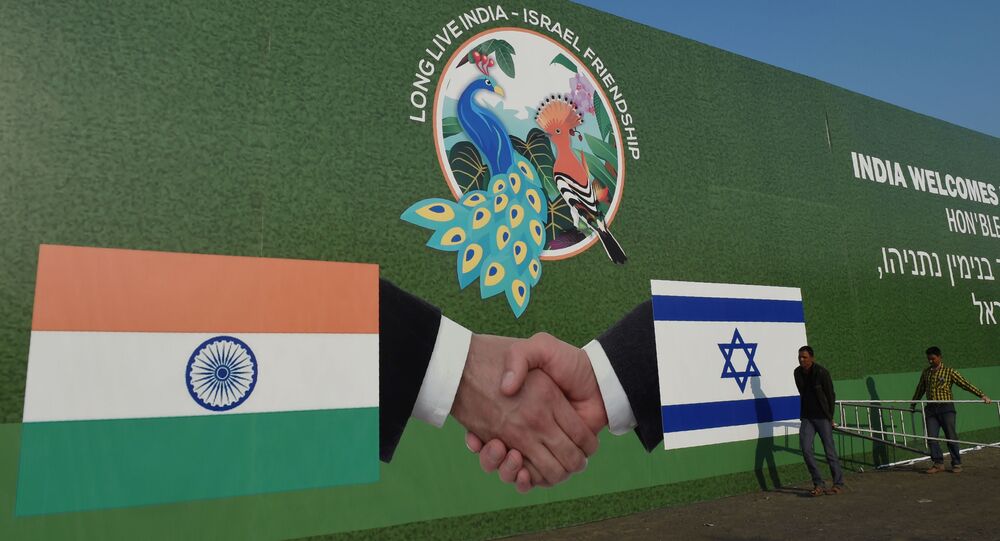 New Delhi (Sputnik): India has been taking steps to ensure the uninterrupted supply of energy including the deployment of its sailors and warships in the Strait of Hormuz. The situation arises against the backdrop of attacks on oil tankers amid tensions between Iran and the US.

In an attempt to boost bilateral economic cooperation, Israel has shared its flagship connectivity plan connecting the Mediterranean with the gulf and India.

An exchange of important documents took place between Israel’s Minister of Foreign Affairs and Minister of Intelligence Israel Katz and India's external affairs minister S Jaishankar on the sidelines of the Meditteranean Dialogues forum.

During the meeting Katz raised the issue of the “need to increase the trade between the two countries and the measures required to encourage it”. In November 2018, Israel shared the regional connectivity plan linked to the Gulf of Oman to India.

According to a statement by the Israeli Foreign Ministry, the regional plan includes rail and sea connectivity that will connect the Mediterranean and the gulf. Under the plan, Israel will be used as a land bridge and Jordan will be a regional transportation hub.

It is expected that the connectivity plan, which includes countries like Jordan, Saudi Arabia, UAE, and Iraq will become profitable with a decade. Documents presented by the Israeli Foreign Ministry claimed that the “potential trade flow via the land-bridge” will reach $250 billion by 2030.

The Indian Navy was also one of the first maritime forces to respond to the security situation in the Strait of Hormuz earlier this year after attacks on oil tankers.

“Ever since, we have maintained an unbroken presence in the region escorting approximately 82 lakh tonnes of cargo on board 74 Indian-flagged merchant vessels", Indian Navy Chief Admiral Karambir Singh pointed out on 4 November.

He further added: "Even as I speak, one of our ships is deployed in the Strait of Hormuz to reassure our merchant marine and enhance security in this region as part of Operation Sankalp".

Last year, during a bilateral meeting between Indian Prime Minister Narendra Modi and Israeli Prime Minister Benjamin Netanyahu, it was decided to “expedite the conclusion of an Agreement on Maritime Transport that will encourage greater business between the shipping organisations of India and Israel, and create new opportunities in maritime services and training”.