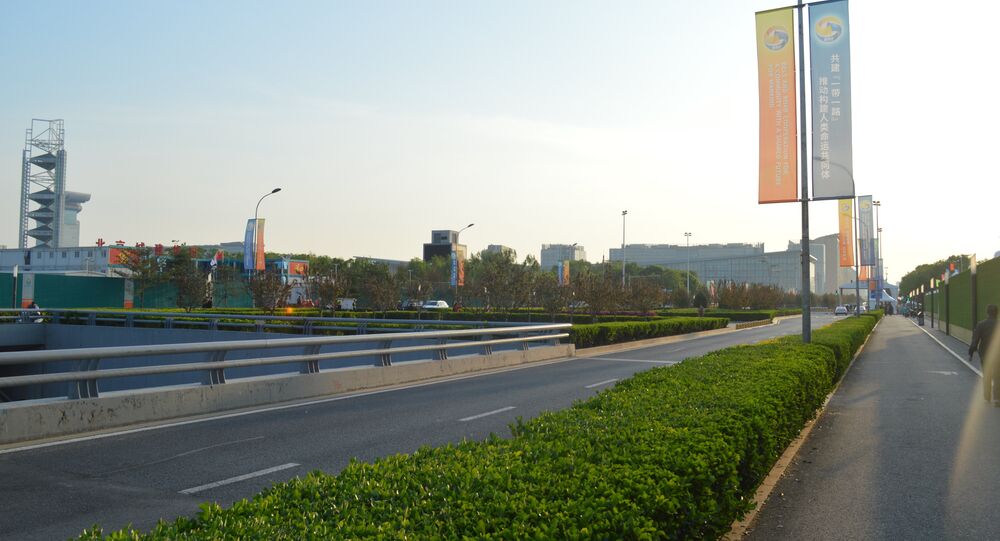 On Friday and Saturday, Beijing hosted the second Belt and Road Forum for International Cooperation, which is dedicated to developing trade routes from China to Central Asia and Europe.

If you look at just about any global trend, in China it would be manifested in a unique way. Locals would pick a "fresh idea" and produce dozens of products based on it. Sometimes the process goes through a long trial-and-error period, but the scale of the outcome would probably be tenfold of what you might see in other parts of the world.

There are still millions of bicycles in Beijing, but they are slowly being replaced by electric scooters and mopeds. Same is happening to cars – you see more and more green plates in Beijing’s traffic. These are all electric vehicles. pic.twitter.com/Eb51w1A1sK

The Chinese auto industry, for instance, started embracing clean energy at the turn of the 21st century — at about the same time as Japan or the US. But instead of waiting for expensive imported models to arrive, or introducing just a couple of hybrid models like the others, the Chinese produced a much wider variety of their own electric vehicles — cars that you can't find anywhere else but here.

Tesla cars are present on the roads in China (sometimes parked in bike lane, like this one:), but domestic Chinese EV manufacturers such as JAC produce a much wider variety of models (9 for JAC alone) – cheap, reliable, and rarely seen outside China. pic.twitter.com/EBy6e95svu

No matter how large the domestic market is, for its growth the Chinese economy has always relied on trade and investments abroad.

According to the "Belt and Road" plan, key hubs along the "New Silk Road" — both maritime and land ones, will be either built or upgraded using Chinese loans. Chinese authorities see the project as clean, environmentally friendly and energy efficient and are prepared to spend billions of dollars on its implementation.

China needs the project more than other nations, since it promises to give boost to the country's economy, which slowed down its growth in recent years, so, the idea of the "New Silk Road" has become quite popular with the locals.

The slogan on top of this floral masterpiece in one of capital’s parks reads “Mutual trade and construction, mutual benefit” – an expanded version of “Win-Win Cooperation” — the official Belt and Road motto. pic.twitter.com/YJn13dDtCG

The second Belt and Road forum was attended by politicians and entrepreneurs from 150 nations. Russian President Vladimir Putin took part in the event, addressing the delegates and holding a series of bilaterals on the sidelines, including a meeting with Chinese President Xi Jinping.

When it comes to the advantages of the "new Silk Road" for Russia — there are many, with upgrades of the country's transportation system being the most obvious one. "Belt and Road" infrastructural development projects would also make a good addition to Moscow's efforts in promoting Eurasian economic cooperation — a joint effort of Russia, Belarus, Kazakhstan, Kyrgyzstan, and Tajikistan, which is currently a priority for Russia.

Unlike Russian or Chinese outlets (mostly positive/neutral in their coverage), western MSM approached the Belt and Road forum with a degree of skepticism, claiming that Beijing uses “debt diplomacy” – issuing loans at low rates and seizing the assets if the projects fail pic.twitter.com/9W7nYHZMbB

Countries like India, Turkey, Australia, New Zealand, Canada, or the US, either completely ignored the Beijing forum, or sent low-level delegations — each for their own political reasons.

© Sputnik / Alexey Nikolsy
China's Xi Says Belt and Road 'Not an Exclusive Club'
In the US, the criticism of the "Belt and Road" is based mainly on last year's Harvard University report, which claimed that China uses loans to gain political influence in the Asia Pacific region — something that Beijing has strongly denied.

At this year's forum, Chinese authorities promised to lift bureaucratic barriers and to make the "New Silk Road" more transparent for its participants. Another key idea for Beijing is to give a boost to global trade by fighting protectionism — something which probably wouldn't sit well with the current White House administration and its "America First" strategy.

The "New Silk Road" initiative was first mentioned by Xi Jinping in 2013 during a state visit to Kazakhstan. The first "Belt and Road" forum took place in China in 2017.

Russia Plays Major Part in Turning China's One Belt, One Road Into Megaproject