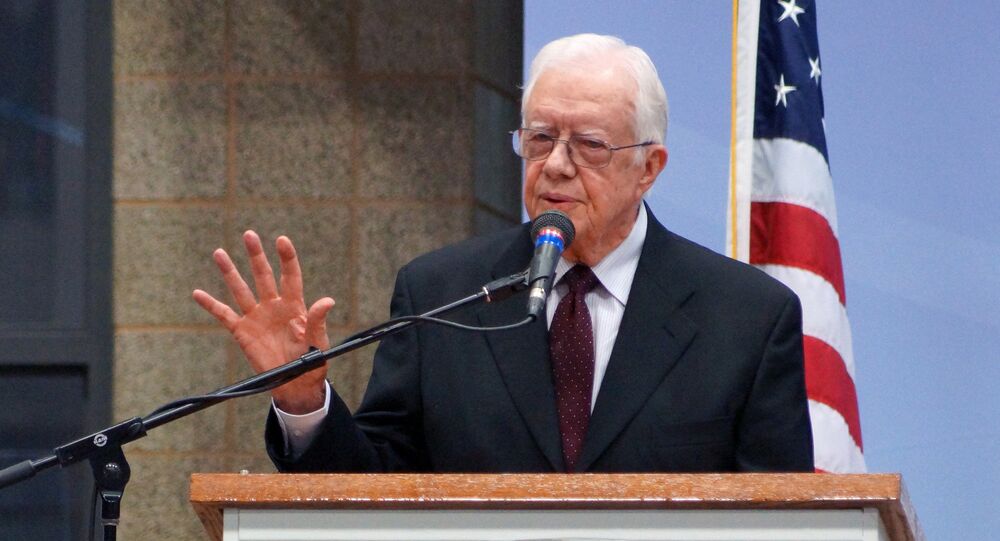 REVEALED: US Planned to Hold Secret Summit With Seoul, Pyongyang Back in 1979

The idea was reportedly endorsed by then-US President Jimmy Carter, who extended gratitude to his Indonesian counterpart Suharto for the Southeast Asian country's readiness to host the trilateral high-level talks.

The US planned to organize a secret trilateral summit in 1979 with the participation of the leaders of North and South Korea to reduce regional tensions, but received a lukewarm response from Pyongyang, the South Korean news agency Yonhap cited declassified diplomatic documents as saying.

Then-US President Jimmy Carter, who floated the idea of the summit in 1977, decided to pick Jakarta as the venue for the planned high-level meeting.

He said that it is "particularly convenient to all three parties, since each has official representation in the capital which can serve to support delegations for tripartite talks."

In a personal letter to his Indonesian counterpart Suharto, Carter praised Jakarta's willingness to host the summit.

"Your statesmanlike gesture has made it possible to begin a process which can only serve to reduce tensions in Asia and contribute to peace in the world," Carter pointed out.

According to the declassified documents, he pushed for the summit amid a rift between him and South Korean counterpart Park Chung-hee over the size of the US Forces Korea (USFK) at the time.

The documents related to then-National Security Advisor of the US President Zbigniew Brzezinski, who also confirmed that Washington planned to invite China for a four-way "political conference" either as a full-time member or a mere observer.

"Alternatively, if the Chinese choose not to participate at all, we would be prepared to join trilateral discussions with the North and South Koreans to consider matters of mutual concern, including the future of the UN Command and other measures to reduce tensions on the peninsula," Brzezinski said.

The first-ever summit between the leaders of the United States and North Korea was held in Singapore on June 12, 2018. Donald Trump and Kim Jong-un signed a joint document which reflected Pyongyang's call for the denuclearization of the Korean Peninsula in exchange for security guarantees from Washington.