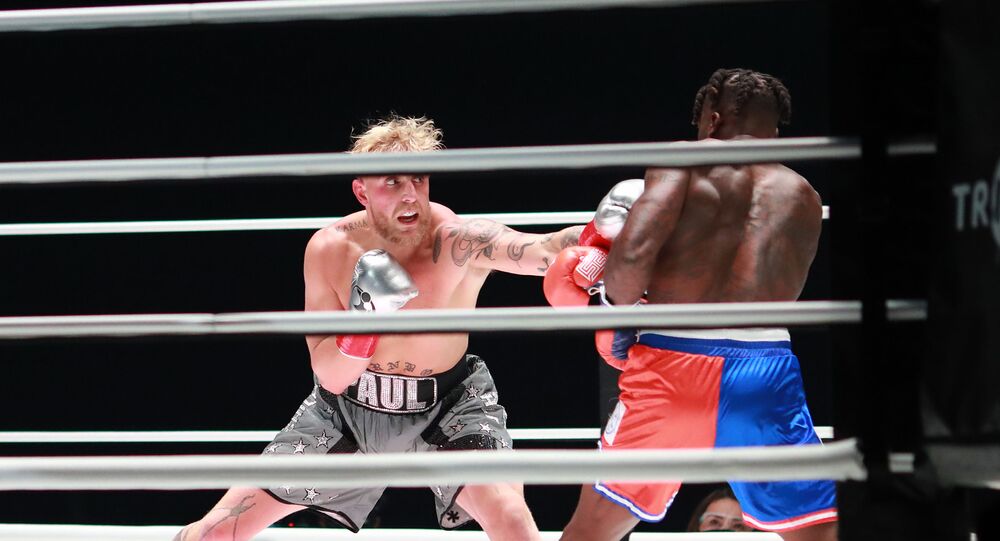 Former Disney star and social media celeb Jake Paul held his second professional boxing match on 28 November. His first, against AnEsonGib back in January, ended in his favour.

23-year-old YouTuber Jake Paul scored the second win of his professional boxing career on Saturday night by brutally knocking out former NBA player Nate Robinson in the second round.

Paul proved some nice training during the show with a trio of knockdowns against Robinson, 36, who had never boxed professionally. However, it was Paul’s final touch that left the former basketball player laying on the ground for seven minutes straight.

The win, spectacular as it is, has also been highlighted by some celebrity commenting from rap-legend Snoop Dogg, who just could not hold himself together seeing Robinson being flattened so quickly.

At one point, the ‘Sexual Eruption’ singer got so emotional that he had started singing a traditional hymn while asking to “call the ambulance” for the knocked out basketball player.

i’m not even watching this childish fight between jake paul and nate robinson BUT snoop dogg’s comments while watching it is just too funny to ignore 😭 #tysonvsjones pic.twitter.com/IxKD3xizKm

It is still not clear what left the viewers more impressed – Paul’s straightforward techniques or Snoop Dogg’s take on the fight. In any case, netizens were left in stitches.

Snoop Dogg in the backgrounds singing a Negro spiritual after Nate Robinson gets knocked out cold by Jake Paul really just sums up 2020 😭 pic.twitter.com/iiczz9TkxT

I just watched a moronic youtuber knock out a retired basketball player with snoop dog commentating, I think i’m gonna go to bed now. See you in 2021. pic.twitter.com/I1WOg5VmHf

Second only to "CALL THE AMBALANCE, PICK UP YA PEOPLE!"

#SnoopDogg 's commentary during the #NateRobinson vs #JakePaul fight is classic 🤣 pic.twitter.com/sSWGMIV1jY

For Jake Paul, it was the second victory in his professional boxing career. Back in January, he won against another fellow YouTuber AnEsonGib also with a technical knockout. This comes as his celebrity brother Logan Paul is tempting to fight against undefeated boxer Floyd Mayweather, pledging to defeat the champ “with one punch”.