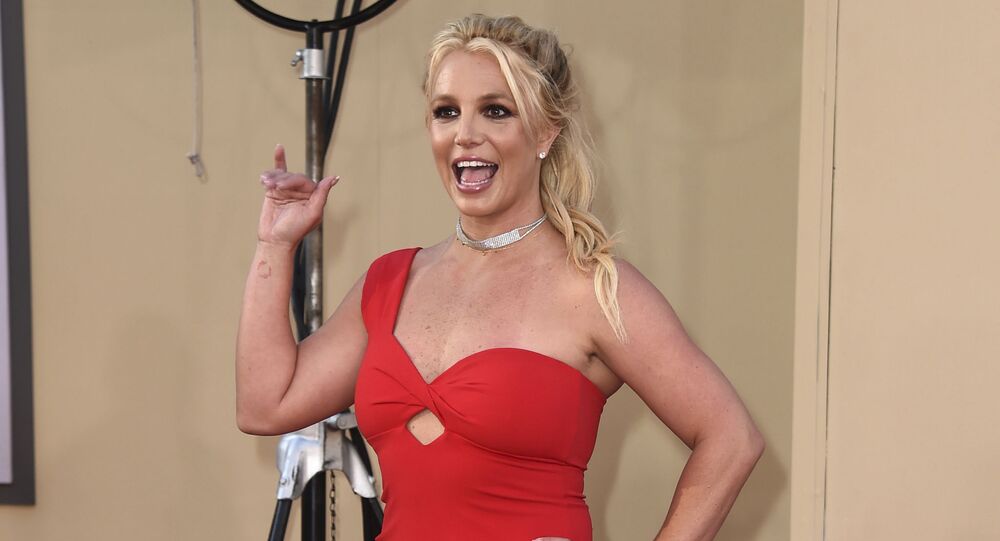 Former American teenage star Britney Spears has been in a conservatorship, with her father Jamie appointed as her guardian, since 2008, following a number of provocative incidents, including one where she shaved her hair off in a LA hair salon. However, many activists now doubt that the singer remains in this legal situation voluntarily.

Britney Spears' father Jamie reacted to the viral #FreeBritney campaign, which is calling for the release of his 38-year-old daughter from his conservatorship, by dubbing it a “joke” propelled by “conspiracy theorists”, according to his interview to the Post.

"All these conspiracy theorists don't know anything. The world don't have a clue,” the 68-year-old man said. "It's up to the court of California to decide what's best for my daughter. It's no one else's business."

“I love my daughter. I love all my kids. But this is our business. It's private”, he added, reportedly getting emotional at this point.

Britney Spears, 38, has remained under her father’s guardianship for 12 years now, apart from a short break for a few months last year. According to campaigners, this situation has made the pop star a “prisoner”, incapable of making her own decisions, with people around her, including her father and lawyers, financially benefiting from this legal status.

In July, the #FreeBritney hashtag went viral, calling upon authorities to terminate the singer’s conservatorship and even investigate it, according to a Change.org petition. The plea maintains that under this status Britney is unable to drive, cannot spend her money without her father’s permission, or vote, with her calls and messages being monitored. So far, such Hollywood celebs as Miley Cyrus, Ruby Rose, Paris Hilton and Rose McGowan have also publicly shown their support for the movement.

But Britney’s father dismissed all the accusations made by the campaigners, including those that he's illegally reaping financial gains from his daughter’s estate, amassed throughout her singing career:

"I have to report every nickel and dime spent to the court every year,” he explained. “How the hell would I steal something?”

During the interview, Jamie Spears also expressed concerns over the aggressive vibe the movement was becoming at times.

"People are being stalked and targeted with death threats. It's horrible. We don't want those kinds of fans.”

The singer’s brother Bryan also said last week that he was aware of the ongoing campaign but argued that the conservatorship has been “the right choice” and “a great thing for our family.”

But according to social media users, they were still not ready to believe the family, until Spears actually speaks for herself:

I won’t believe until she says something

Lies we don’t believe him he’s broke without her. Once she’s free he’s going to a nursing home grandpa

this cannot be serious! This man is digging his own grave. How does he say that his daughter is not mentally incapable and internal forces her? Does it say that the drugs didn't work anymore?If she is well, she should not have been admitted. Yes, they do! And they assumed that.

He is scared because now it is his turn to pay for everything he did to Britney. #freebritney

The legendary “Toxic” singer grabbed the world’s attention in 2004 after her 55-hour marriage to childhood friend Jason Allen Alexander was annulled over her alleged lack of “understanding of her actions”. She then tied the knot with dancer Kevin Federline, but also divorced him, shortly after giving birth to their second child in 2006, with her family life a lso attracting attention of social services following a number of incidents.

In 2007, shortly after entering and returning from a rehab, Spears publicly shaved off her hair, with the photos of the stunt making rounds in the media at that time. But then the singer went as far as to attack paparazzi’s car with an umbrella – something people said was the last straw. Shortly after that, she lost custody of her two children to ex-husband Federline.

In January 2008, Spears was placed in a psychiatric hold, with Los Angeles court eventually appointing her father as her leading guardian. Despite Spears continuing her touring and singing career, which provides for her needs, many have been questioning why her legal status remained for so long, suggesting that Spears’ position was involuntary.

On 22 August, a California court will decide whether the conservatorship will continue.