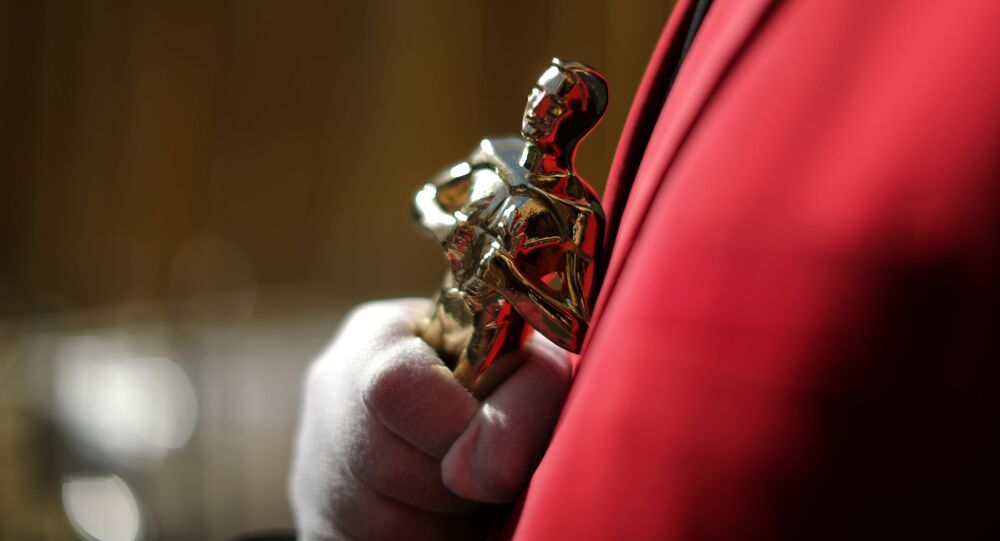 Whether it was award-winning director Martin Scorsese dozing off during Eminem’s performance or Kristen Wiig’s “crab-like” dress, the historic success of the Korean hit movie Parasite or Brad Pitt’s acceptance speech – the 92nd Oscar Awards Ceremony has given netizens a lot to discuss. However, something backstage also proved to be meme-worthy.

Twitter has gone wild with “stealing Oscars” jokes after a video of a giant statue of the golden boy being carried off camera outside the Dolby Theatre in Los Angeles, where the ceremony is held, went viral. Netizens rushed to suggest who was worthy of receiving the esteemed award more than this year’s actual winners. The recent Super Bowl’s headliner, Jennifer Lopez, who landed a Golden Globe nomination for her role in Hustlers but did not enjoy the same recognition at the Oscars, crossed several users’ minds.

Me stealing an Oscar to give it to JLo for Hustlers pic.twitter.com/pnllKE3Axr

me stealing an #Oscars trophy for jlo and lupita pic.twitter.com/dEOlSManSL

​Saoirse Ronan, who was nominated for best actress for her performance at Little Women, but lost the award to Renée Zellweger, was also brought up by a commenter. The user jokingly suggested that her partner in the film, Timothee Chalamet, might have snatched the statue for the young star.

Timothée stealing an oscar for Saoirse after she loses #Oscars pic.twitter.com/dint5Hytcl

me stealing Renee’s oscar and delivering it to Saoirse pic.twitter.com/Zxdeum6MnK

​Scarlett Johansson, nominated for best actress for her part in Marriage Story and who also lost to Zellweger, was not forgotten either.

Me stealing an #Oscars to give it to Scarlett J. pic.twitter.com/DPSbrnrGwK

© REUTERS / Eric Gaillard
Lasagna, Crab Sebastian, Toilet Brush? Netizens Guess Who Kristen Wiig Was Dressed as at the Oscars
Others recalled earlier ceremonies, suggesting, for example, that Harry Styles should have been announced as best actor for his performance in 2017’s Dunkirk or that Jennifer Aniston should have won best actress for her part in Cake.

Me stealing an Oscar to give it to Jennifer Aniston for Cakepic.twitter.com/H5aBPu4moN

​There were some netizens who proved unable to wait for the next ceremony and have already named their favourites.

me stealing an oscar for Taylor Swift since I don’t want to wait until the 2021 nomination for Miss Americana pic.twitter.com/g9vcZrQXix

​Some actors were granted the honour from the online crowd without any particular reason.

me stealing an Oscar for keanu even tho he isn’t nominated pic.twitter.com/IoaHNaPthT