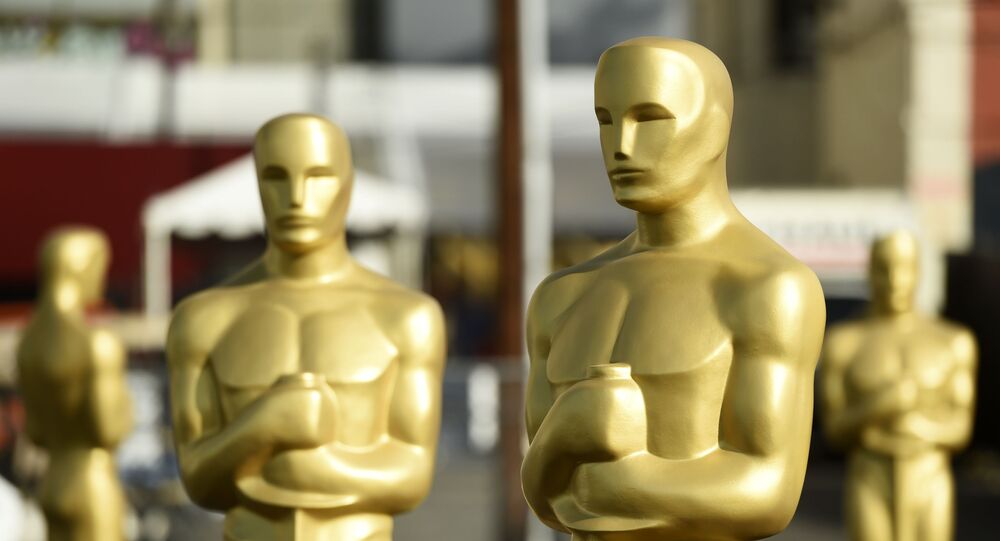 For the second straight year and third time in history the annual awards ceremony will have no host, so past winners and nominees as well as Hollywood celebrities are standing in as presenters for the film industry’s most coveted prizes at the Dolby Theatre in Los Angeles, California.

Todd Phillips' "Joker" leads the overall Oscar nominations with 11, followed by Martin Scorsese's crime drama "The Irishman", Quentin Tarantino's "Once Upon a Time…in Hollywood", and Sam Mendes' World War I epic drama "1917", each with 10 nominations, including for Best Picture and Best Director.

"Ford v Ferrari", "Jojo Rabbit", "Little Women", "Marriage Story", and one of the most discussed Korean films of the year, "Parasite" have also been nominated for Best Picture.

© AFP 2020 / ERIC BARADAT
Press Interviews with Oscar Winners at 2020 Academy Awards - Video
“Parasite” has earned critical praise ever since its release at the beginning of 2019, receiving multiple awards throughout the year. Rarely has a non-English language movie been nominated for Best Picture, meaning that Bong Joon-ho’s film has the chance to become the first ever to win the most prestigious Academy Award.

Some of the nominations, however, might have already been “spoiled” by “leaks”. For example, just a day before this year’s Oscars voting period ended, the Academy of Motion Picture Arts and Sciences appeared to post its official “predictions” for this year’s Oscars on Twitter, showing “Parasite” winning best picture and Sam Mendes taking best director for “1917".

As Actress in Clint Eastwood’s New Film Nominated for Oscar, Who Really Bombed the 1996 Olympics?