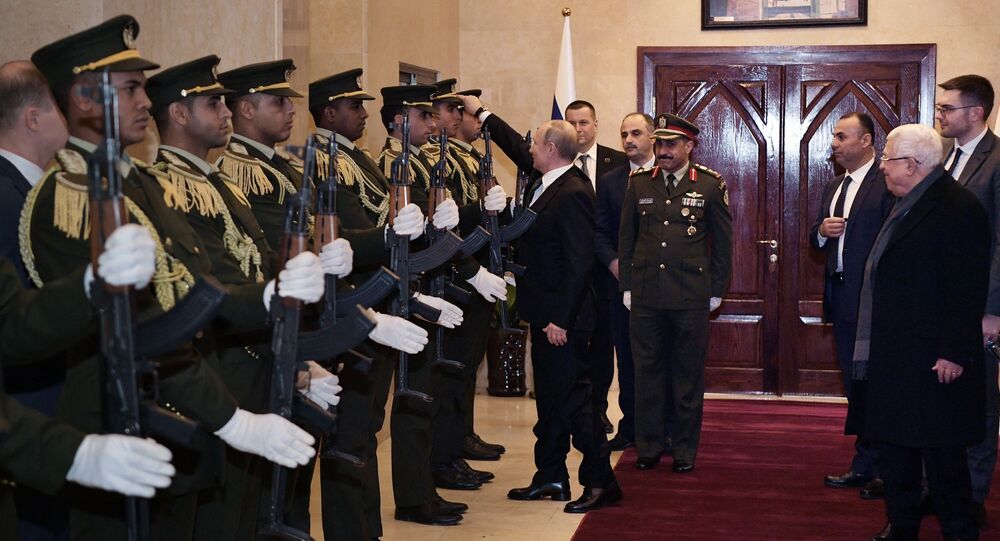 Following his visit to Jerusalem, where he spoke at the World Holocaust Forum, the Russian president headed to the city of Bethlehem in the West Bank to talk to President of the Palestinian Authority Mahmoud Abbas. The personal photographer of the latter shared a video that revealed Vladimir Putin’s fatherly side.

Russian President Vladimir Putin picked up a Palestinian guard’s cap and put it back on his head during a reception in the West Bank, where he met with President of the Palestinian Authority Mahmoud Abbas. The video of the gesture shows the Russian commander-in-chief passing by in front of a line of elite troops before noticing the headgear on the floor. Putin, who used to be an intelligence officer himself, stopped, picked up the cap, and placed it back on the soldier’s head.

Before leaving, the Russian president gave the unfortunate guard a thumbs-up.

The clip went viral, inspiring netizens to share their views on the incident.

“This is the character of real leaders !” one Twitter commenter noted.

Well done. A soldier take cares of a soldier

He is a real politician

​Another tried to guess what the guard was feeling at that moment.

The bodyguard almost had a heart-attack 🤣😂

​Vladimir Putin arrived in the city of Bethlehem in the West Bank after taking part in the World Holocaust Forum in Jerusalem, where he delivered a speech.

He and President of the Palestinian Authority Mahmoud Abbas had a meeting to discuss the latest developments in the Middle East, as well as economic and political cooperation.