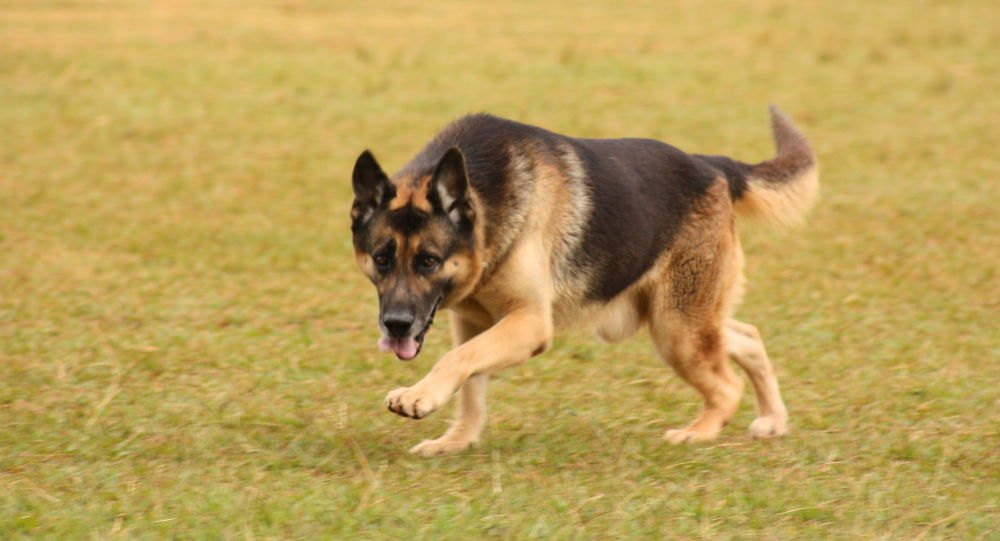 The suspect, wanted for assault with a deadly weapon, refused to comply with a police demand to exit his vehicle. He was not prepared, however, to deal with a furry 100-pound torpedo.

As police officers approached the vehicle they had chased across California, the dog leapt out, ignoring shards of broken window and clamping down on the suspect. The video then shows the suspect desperately trying to get rid of the furry officer. The well-trained police dog did not aim for the suspect’s throat, so rest assured, there is no blood in the video.

According to the Corona Police Department, the suspect, 31-year-old Julio Ugalde Vasquez,  was wanted for assault with a deadly weapon. After police officer Neff and his K9 partner Duke chased the suspect into a dead end road, he was told to surrender and exit the vehicle, which he refused.

“K9 Duke apprehended the suspect, and Fontana Police took custody of him,” the police statement said.

According to Fox News, Duke previously served in the US Marine Corps in Iraq, before his reassignment to a police K-9 unit in California.

The suspect was reportedly arrested and taken to the hospital with minor injuries.

Neither officer Neff nor Duke sustained any injuries during the incident, the Fox News report said.