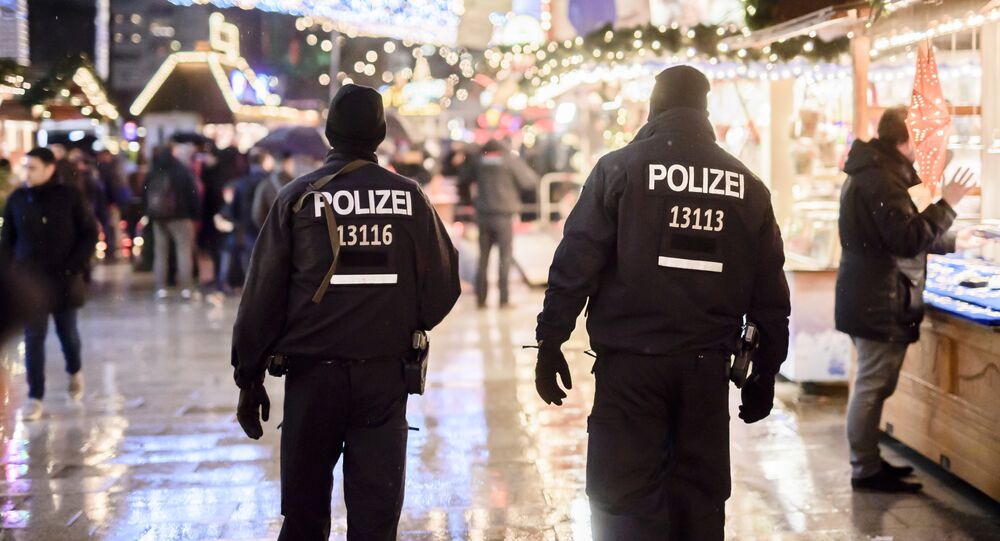 Berlin Police said that they responded to reports of a suspicious bag discovered late on Saturday at a Christmas market in the centre of the city at Breitscheidplatz. After an evacuation, heavily armored units combed the area and the premises of the Kaiser Wilhelm Memorial Church.

Berlin Police said hours later that they did not find any dangerous object, and declared the end of the special operation at the scene. During the operation, however, officers checked the identity of two men that, according to police, behaved suspiciously.

​Police tweeted they received an all-points bulletin (APB), but either the identity check at the scene or the search operation did not confirm the APB information.

​Berliner Zeitung broke the news minutes after police responded to Breitscheidplatz, that at least two individuals had been detained at the scene. Local media in separate and contradicting reports alleged that the detained suspects had links to Islamist radicals and a record of handling explosive devices.

The Bild newspaper detailed an unconfirmed report, citing sources, claiming that a detained duo were Syrian. One was reportedly wanted by the United States over a related offense, while another came from the western German state of North Rhine-Westphalia.

It remains unclear whether local media cited the APB as a source or as a result of the identity check.

Berlin Police have not elaborated on the identity of the individuals that were checked at the scene.

​Berlin's Weinachtsmarkt (Christmas market) at Breitsheidplatz was attacked by a terrorist on 19 December 2016. The Daesh sympathizer rammed his truck into a crowded area, killing 12 and injuring dozens.

"Our colleagues are engaged in investigation of reports of a suspicious object at the Christmas market at Breitscheidplatz...", police said.

Berlin police said that all participants of the event left the area without incident, allowing special units to conduct a thorough search.

"All visitors have left Weihnachtsmarkt area calmly and cautiously. Thank our colleagues. We are launching search at Breitscheidplatz and in Gedächtniskirche [Kaiser Wilhelm Memorial Church]", police said.

Germany has reportedly been on high alert amid a series of terrorist attacks across Europe. Following the notorious 2016 Christmas attack in Berlin, the German Interior Ministry said in a statement that some 700 potentially dangerous Islamists had been residing in Germany who were allegedly capable of carrying out a terrorist attack.

*Daesh (IS. ISIS. ISIL, Islamic State) is a terrorist group banned in Russia and many other countries.

They Call Me Rocket: Drunken Raccoon Revels at Christmas Market in Germany - Video