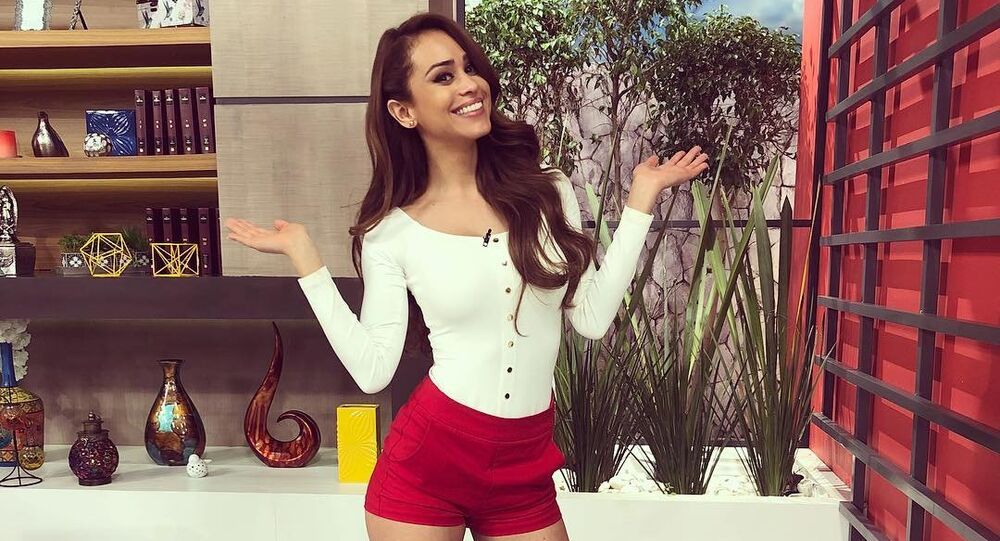 Wearing a tiny thong that leaves little to the imagination, the brunette bombshell flaunts her curvaceous form in a reversed TikTok video of her lounging in a pool.

Also wearing a large sunhat, Yanet is shown climbing down from the pool side while walking backwards.

She flicks her bum into the air before running her hands over the water, and then sits back onto the swimming pool side in her tiny bikini.

When the clip is reversed, when Yanet leaps out of the pool and takes her seat, her body appears dry.

The video was only posted on 2 December but has been viewed by a staggering 2.2million people, with thousands leaving comments.

Comments on Instagram ranged from “seductive” and “beautiful”, to "I'd get divorced for you."

Another fan wrote that the weather presenter deserved “an Oscar for this performance."

Twitter fans were just as eager to show their appreciation of the stunning weather presenter’s eye-catching display.