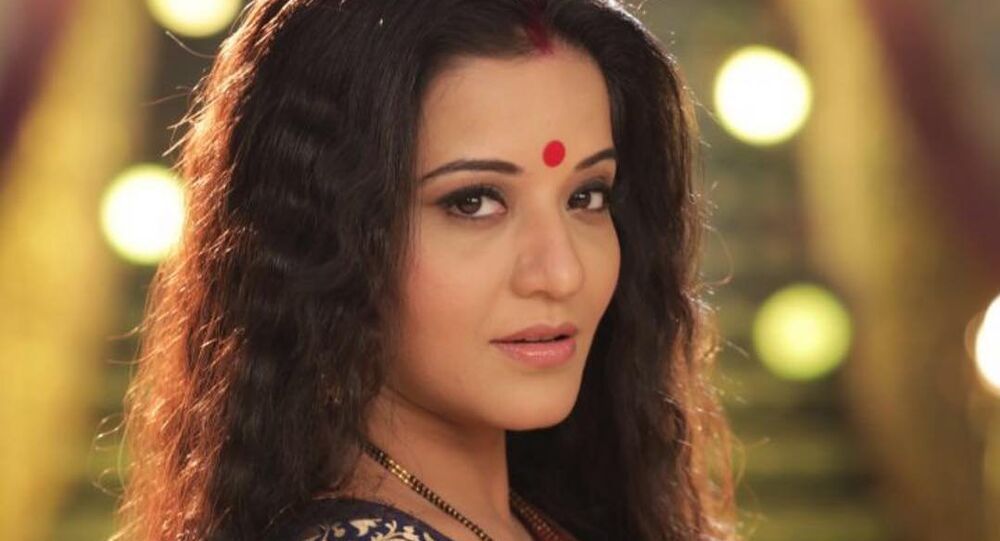 The vlogger from Sweden, who ruled YouTube for six years holding the status of most subscribed channel, was challenged almost a year ago by the Indian label T-Series. The two have been running neck-and-neck since then with both contenders seeking all the support that they can get.

The Indian music label has left PewDiePie behind after Bhojpuri actress Monalisa put in a strong word for T-Series in their battle with PewDiePie. By the time of publication, the gap between them had grown to almost 7,000 subscribers.

The woman, whose real name is Antara Biswas, has urged her almost 1.7-million-strong following on Instagram to subscribe to the Indian record and movie label with a short video address.

“It’s so exciting to know that T-Series is on the brink of becoming the biggest YouTube channel in the world! Congratulations T-Series – let’s all subscribe to ensure Bharat wins YouTube”, she said.

It’s so exciting to know that @tseries.official, is on the brink of becoming the biggest YouTube channel in the world! Congratulations #BhushanKumar! @divyakhoslakumar Let’s all subscribe to ensure #BharatWinsYouTube http://bit.ly/TSeriesYouTube

The clip prompted a battle in comments as some commenters rushed to share their love for the actress, while others tried to urge fellow netizens to side with PewDiePie.

“No thank you, subscribe to Pewdiepie”, one commenter posted.

“You f***ing wish they could beat pewdiepie”, another wrote.

While some users accused the actress of being paid for the promotion, others took the time to lambast the Indian channel.

“They should be embarrassed they can’t beat an independent creator from Sweden. Pewdiepie sits in front of a camera and just says anything and is still beating this weird Indian guy who has spent billions of pounds trying to claim number 1 spot”, a netizen wrote.

With her call to subscribe, Monalisa, known for her roles in Bollywood and participation in the Indian-made reality TV show Bigg Boss, has joined a whole team of Indian celebrities, including musician Adnan Sami and actor Anil Kapoor, who supported T-series and its chairman and managing director Bhushan Kumar in their mission to overthrow the YouTube king of 6 years, Pewds, whose real name is Felix Kjellberg.

READ MORE: PewDiePie Under Fire Over 'Pakistan on Our Side' Remark Amid T-Series Battle

PewDiePie has been involved in a battle with T-Series for the status of the most subscribed YouTube channel for 11 months. Pewds has had the most subscribed channel since 2013, while T-Series saw a massive surge in its follower base last year due to India’s emerging online presence. The rivals are running neck-and-neck in the Great Subscriber War. Pewds has lost his number-one status on a number of occasions but managed to return as the number one YouTuber, but was able to hold the lead now with a gap of about 1,000 subscribers between him and T-series before it.

To retain the status, the Swede has gone to extraordinary lengths. For instance, he unfollowed everyone on Twitter, except BTS, a K-pop boy band to win the support of its multimillion fandom around the globe, made controversial remarks on the conflict between Pakistan and India in Pew News that even made him pull the segment from the clip.