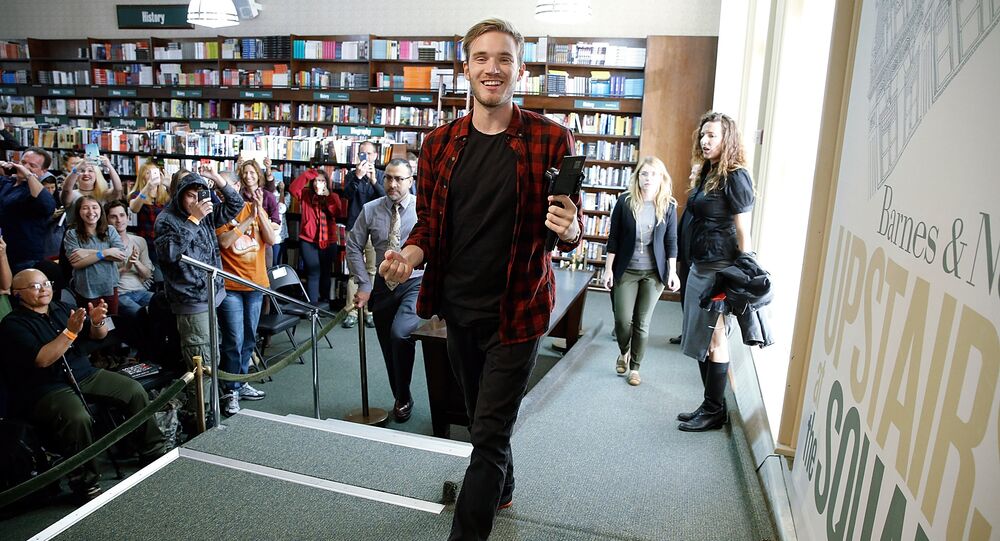 The comment appeared to have hit a raw nerve with much of PewDiePie’s initial fan base, with many claiming that despite the matter being centred solely around T-Series’ business with Pakistani musicians, it touches upon much more sensitive issues.

YouTube king Felix Kjellberg, aka PewDiePie, has met with a barrage of criticism for his comments on the conflict between Pakistan and India in a recent issue of Pew News, which even made him pull the segment from the clip.

“India blamed Pakistan for the attack, but Pakistan condemned the attack and denied any connection to it… But the most important thing out of all of this, is that the Pakistanis are on our side. Pakistan is on our side, T-Series. You’ll regret making this enemy”, PewDiePie warned, causing a storm of reactions.

The clip, which was then updated and edited, sported a small group of Pakistani musicians and youngsters campaigning in the streets with posters calling to unsubscribe T-Series, which reportedly discriminated against Pakistani music.

PewDiePie took to Twitter later to clarify his stance, saying he edited the last bit of his Pew News update and affirming that he “didn’t mean anything in a bigger sense of what goes on between India and Pakistan” but focused on T-Series and Pakistani artists’ representation on the Indian studio label.

The derogatory comments, however, continued to come in, with users noting that jokes about the two countries’ bilateral relations are completely out of place:

“Are u retarded? Two countries on brink of war and you try to take sides by critising T series for banning artists”, one netizen claimed, closely followed by others:

I hate that people are purposely taking that kind of content out of context.. You really have to be an idiot or really lack attention in life if you don't (or don't want to) understand the context of the whole India/Pakistan thingy in your vid. I'm out

Plzz pewds i know u don't mean any harm but plzz keep ur mouth shut in situations you don't really know! U dont know the india- pakistan history. You will only make a whole nation stand against you if you keep making fun of these sensitive situations.

@TeamYouTube A YOUTUBER name pewdiepie is promoting terrorism between india and pakistan. pls delete his video or take any serious action https://t.co/LiKyCgH64v

Some, however, don't think Pewds' comments are critical and should be taken that seriously:

And yes i am an Indian, but he has nothing to do with this battle of India Pakistan. Stop dragging his name just to defame him

PewDiePie’s remarks seem to have indeed created a certain effect, with Pewds sitting just the other day at over 100,000 subscribers above his Indian rival. Yet, now, in wake of the backlash over the Swedish vlogger’s acrid comments, the sub gap is a little over 9,000.

Tensions between India and Pakistan reached a climax in late February, when the Indian Air Force carried out an air raid against an alleged Jaish-e Mohammad training camp in the Pakistani part of Kashmir. The attack was conducted in retaliation for a suicide bomb attack on a convoy with Indian security forces that killed some 40 troops.