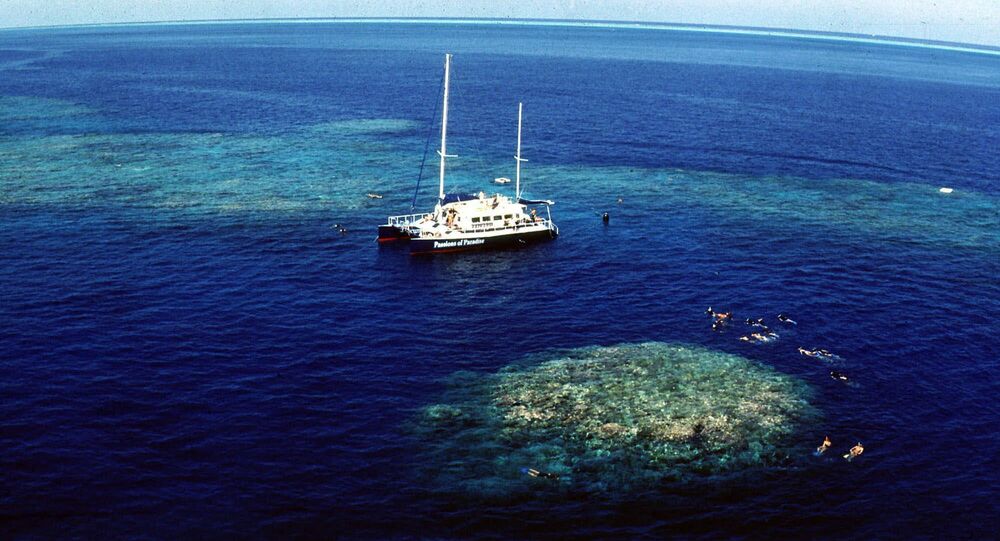 A photo of a black-and-white tentacled mass, found on a western Australian beach has been posted by a user on a subreddit with the handle whatisthisthing, speaking for itself. Some warned the discoverer the thing could be dangerous.

The user Horrorwolfe posted a photo of a creature that was found by his mother and girlfriend on Broome beach, in western Australia. He turned to redditers after a Google search proved to be fruitless and frustrating, because as the user said, the search engine kept showing him results for children’s colouring books.

Fellow users didn’t let him down, coming up with their suggestions that the alien-like black-and-white thing with lots of tentacles could be a nudibranch, a sea slug, or a jellyfish. However, most users agreed that the creature was a flipped over anemone of some kind.

“It looks like dying or dead Crimson Anemone. The black and white color is likely due to illness or death. Otherwise, the patterns are an exact match”, one of the users suggested.

Another user guessed it was an armed anemone, which is also called a striped anemone.

Some found it necessary to warn the discoverer that the mysterious creature should not be touched as it was more than likely an anemone, saying they can cause serious pain or numbness from the venom they contain.