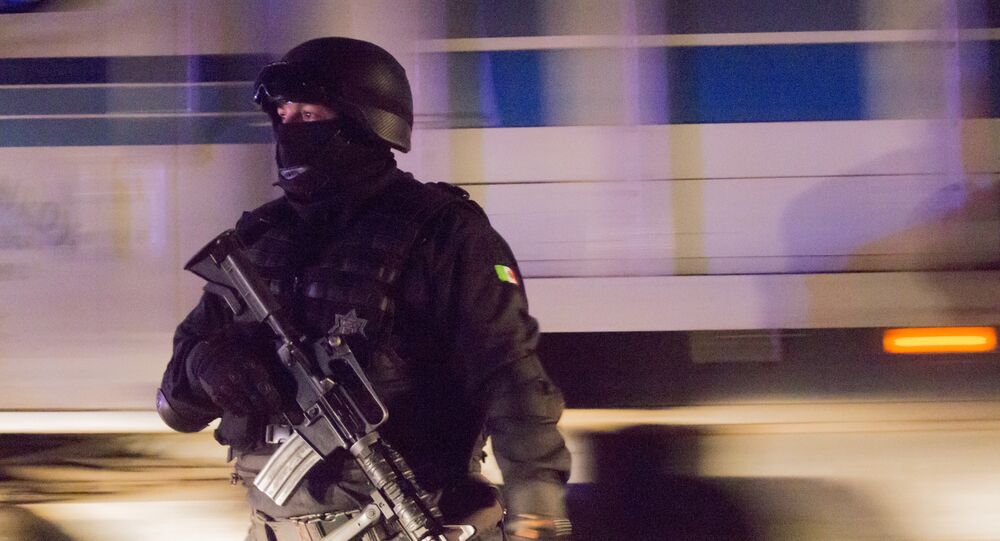 The new series of the hit Netflix series Narcos switches from Colombia to Mexico to follow the fortunes of the Guadalajara Cartel. Sputnik looks at how the drugs trade gradually shifted north, creating massive corruption and violence in Mexico.

Narcos, a fact-based drama focusing on the lives of Latin American drug barons and the efforts of US Drug Enforcement Administration (DEA) agents to catch them, has been a smash hit for Netflix.

The first two seasons focused on the Medellin Cartel and Pablo Escobar, whose chilling on-screen catchphrase, "Plata o Plomo (Silver or Lead)", was heard when he was cajoling and threatening politicians and police officers.

The third season focused on the Cali Cartel, which took over the cocaine trade after Escobar was shot dead by police in 1993 and was known for its more low-key and business-like methods.

The United States is the world's biggest consumer of cocaine and the biggest producers of the raw material — coca paste — are Latin American countries like Colombia, Peru and Bolivia.

During the 1980s and early 1990s crack, a highly addictive form of cocaine, devastated many US cities and created a generation of addicts.

Guadalajara is not only the birthplace of mariachi and tequila, it's also the home of the newest season of Narcos. Coming 2018. pic.twitter.com/G9w1DjOa19

But although the DEA and the Colombian government smashed the Medellin and Cali cartels, the Mexicans, who had up until then played a lesser role, stepped up their game and moved into the vacuum.

They had a natural geographical advantage over the Colombians — they were much closer to the US and could use Mexican trucks and people smuggling networks to get the product over the border.

Season Four focuses on the Guadalajara Cartel, which was led by Miguel Ángel Félix Gallardo, known as El Padrino (The Godfather).

Gallardo — who is played by Mexican actor Diego Luna — set up the cartel, along with Ernesto "Don Neto" Fonseca Carrillo and Rafael Caro Quintero, and it dominated the Mexican drugs trade during the mid- to late 1990s.

Life And Death Of A DEA Agent

The new season of Narcos will also star Hollywood actor Michael Peña as Enrique "Kiki" Camarena, a DEA agent who worked undercover, posing as a buyer to drug traffickers.

On February 7, 1985, Camarena, 37, was bundled into a car on the street outside the DEA office in Guadalajara as he went to meet his wife Mika for lunch.

They got El Chapo in the new narcos and they got Diego Luna as the boss of the Guadalajara cartel???? Oh yeah, I’m in.

He would never be seen alive again.

Camarena, who was a month away from being transferred back to San Diego, left behind three children, Enrique, Daniel and Erik.

His badly beaten body was found a month later and his abduction and murder became a cause celebre and the Reagan administration, which was in the middle of its "war on drugs", was enraged by the cartel's boldness.

The DEA and its Mexican government allies soon identified those responsible.

Fonseca was arrested two months later but Quintero, who had fled to Costa Rica following a tip-off from a senior figure in the Mexican police, but was eventually captured later in the year and served 28 years in jail.

As for Gallardo, he was able to evade capture until 1989.

Lord Of The Skies

But another major figure in the Mexican cartels has made only a fleeting appearance in Narcos.

Carrillo Fuentes was nicknamed The Lord of the Skies, because of his ability to use aircraft to bring drugs from Latin America into the United States, via Mexico.

Fuentes, who formed the Juarez Cartel in the border city of Ciudad Juarez, died in July 1997, aged 41, while undergoing plastic surgery to permanently disguise his features.

When he died he was rumored to be worth US$25 billion.

The surgeon who carried out the botched operation, Jaime Godoy Singh, was found tortured and squeezed into an oil drum in November 1997.

New season of Narcos gonna be about the Guadalajara cartel, which is where El Chapo got his start. Lit!!!

​How Does El Chapo Fit In?

The Juarez Cartel would take over much of the Guadalajara Cartel's Texas and New Mexico routes while the rival Tijuana Cartel, led by the Arellano-Felix brothers, would take over the western-most routes into California.

But both would be eclipsed by the Sinaloa Cartel — led by Joaquin Guzman Loera, aka El Chapo, who started off working for the Guadalajara Cartel — and its rivals, the Gulf Cartel and Los Zetas.

That leaves enough material for several more seasons of Narcos.

As New Series of Narcos Starts, Is It 'Cashing in' on Colombia's Agony?