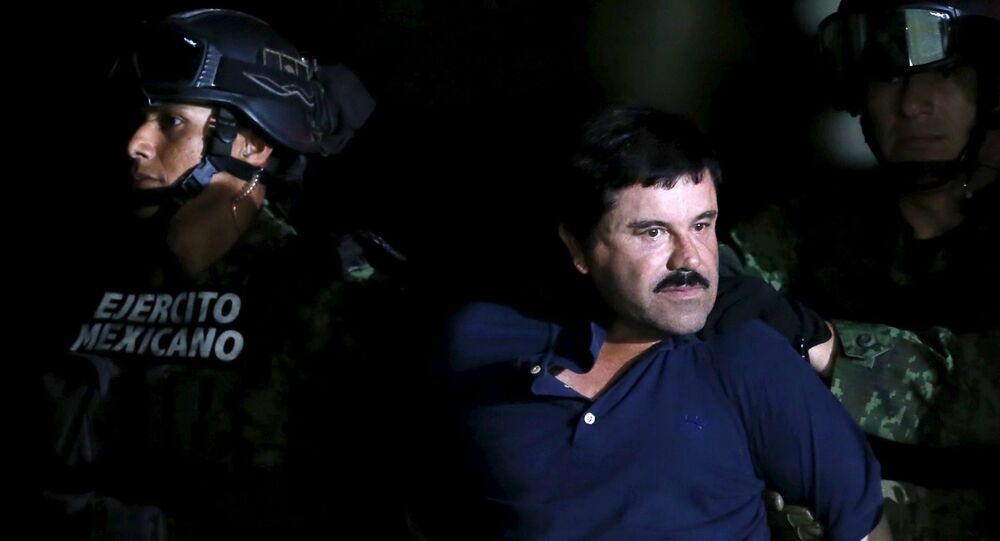 Notorious drug lord Joaquin "El Chapo" Guzman has been delivered to the United States after being extradited from Mexico, US media reported.

"Every step has been thought through," a law enforcement source close to the transfer told New York Daily News. "Multiple agencies are involved. It’s all of New York law enforcement at all levels."

According to the newspaper, the plane carrying Guzman landed at Long Island MacArthur Airport late on Thursday.

The drug lord will reportedly appear before federal court in New York on Friday.

On Thursday afternoon, El Chapo was taken to the airport in Ciudad Juarez in the Mexican state of Chihuahua; from there he was flown to New York.

Guzman escaped from the Altiplano maximum security prison on July 11, 2015, using an underground tunnel. Mexican authorities searched for El Chapo for months before finally capturing him in January and sending him back to Altiplano.

In May 2016, Mexico said it would extradite Guzman to the United States.

Mexico Approves Extradition of Drug Lord ‘El Chapo’ to US