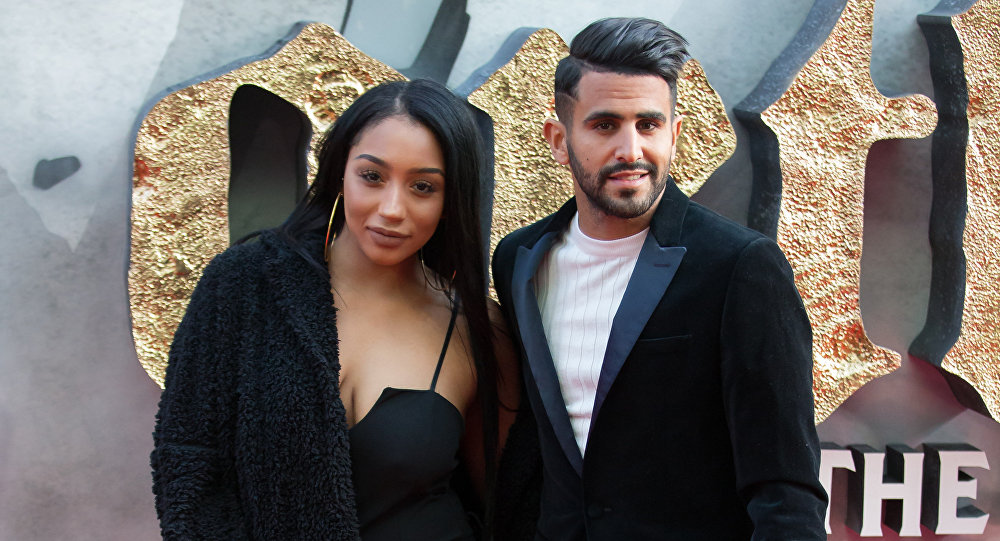 Algerian winger from Leicester Riyad Mahrez, who Manchester City has reportedly signed for $80 million, has long been admired by manager Pep Guardiola. Rita Mahrez, a model and Kim Kardashian’s look-alike, has recruited her own fans with sexy photos. Some, however, found her appearance disrespectful to her Muslim husband.

Ahead of her husband’s anticipated transfer, Rita Mahrez has teased fans with an Instagram snapshot in light blue shoes, Manchester City’s color. While some users speculated over her choice of footwear and its hidden message, others just admired Rita’s tiny crop top and tight leggings, flooding the commentary section with hearts and smiling emojis.

🤳🏾 Check out @prettylittlething They have the Best!fashion and at a Great Price 💃🏽

However, there were also those who shamed her for the outfit, calling it disrespectful to her Algerian husband and posting comments like: “I want you to stop showing your body and show some respect to Riyad and his Family,” and “Respect your husband. He is a Muslim. It looks like you're a teenager without a man in your life.”

READ MORE: Wherefore Art Thou, WAGs of the World Cup?

The woman’s Instagram feed is filled with images of her wearing tight jeans and other outfits, similar to those preferred by her star doppelganger, Kim Kardashian.

Us against the world! 💪🏽💋🌍 I could speak a million words about this one

Riyad Mahrez, born in France to an Algerian family, is a devoted Muslim, and even made a pilgrimage to Mecca in 2017. He married Rita, who is originally from Kent, the UK, in 2015; soon afterwards the couple had a baby daughter.

According to The Daily Star, she helped him settle down in the UK after he moved from Le Havre in France to Leicester – and even taught him English.
The Daily Mail recently reported that Manchester City had agreed to an $80 million deal with the Foxes for Mahrez. Manchester City tried to sign the winger six months ago, but at the time Leicester City had demanded nearly $133 million for their player.