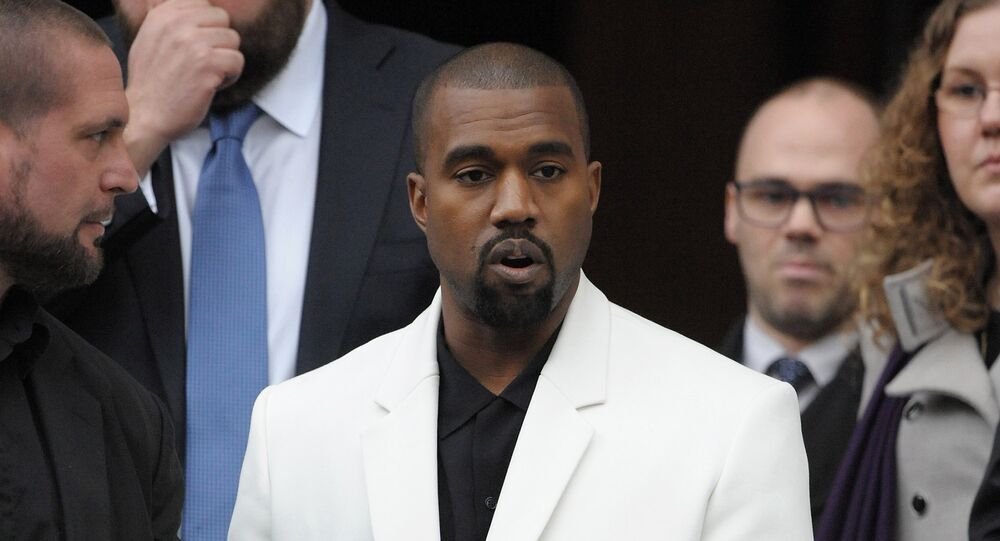 A-list rap artist Kanye West, who describes himself as a “free thinker,” has recently been drawing public attention for his controversial political and social views rather than his songs.

West, also known as Yeezy, has taken to Twitter to explain the reasoning behind his eccentric remarks on African Americans’ “choice” to be enslaved during a TMZ live show – he said that he meant “mental imprisonment” by “slavery,” and encouraged people to have open discussions, saying “they can no longer stop our voice.”

to make myself clear. Of course I know that slaves did not get shackled and put on a boat by free will

the reason why I brought up the 400 years point is because we can't be mentally imprisoned for another 400 years. We need free thought now. Even the statement was an example of free thought It was just an idea

The rap icon has also accused the media of “attacking” him for laying out new ideas and thinking freely, and it seems that now it’s “Ye and The People vs The Media” – his thoughts were immediately picked up by several Twitter users, who suggested that TMZ only showed the piece of the interview that would boost their statistics.

Kanye… This is the media (TMZ) clipping your “live” interview and only showing what’s going to get THEM ratings… You didn’t even have a chance to explain yourself, or maybe you did and they didn’t choose to air that. Don’t get sucked in by the media bro 💯

Crazy how everyone jumped to attack him bc he misspoke. It's not like he said it over and over. People went off that one clip and tried to ruin him and everything he's speaking on. Its crazy how we focus so much on negativity.

Great job today, trying to educate the black community. Don't let the haters and the thought police stop you from speaking the truth. They try to call you crazy, because when liberals can't win an argument with the facts, they resort to name calling.

The media trying hard to pin point a miss-que in words and raid him with hate. Let's not forget his intent is to spread love.

Saw a random Facebook post about how "disgraceful" you were. I looked up the facts and saw you were speaking freely, truly, lovingly and inspiringly good. Keep talking. Keep sharing. Keep loving!

Many said that Kanye was expressing a different idea rather than what was being presented by media:

He didn’t say slavery was a choice. He said the modern mentality of being enslaved is a choice.

After seeing the interview, I read some of the comments, and someone wrote a really interpretation of what Kanye was trying to say. It's just that Kanye explained it poorly. And if this is what he meant, then I agree with what he was saying. credit goes to kanyewest315. pic.twitter.com/HBR0PYdTpr

I know what you meant. You said enslavement was a choice just like right now in this moment..we all choose whether we want to be mentally imprisoned or not. That's a choice. #BreakFree #SpreadTheLove ❤️👍🇺🇸#KanyeWest#MakeAmericaLoveAgain#FreeThinkers

Kanye misspoke. He was talking about mental slavery, not literal slavery.

He’s saying an oppressed group of people typically rebel. 400 years go by and nothing changed? He’s simply questioning the mindset and I think y’all are reading into this too much. Don’t confuse his choice of words with what he really meant.

Meanwhile, others perceived his words differently, arguing that claiming that “400 years of slavery sounds like a choice” is unacceptable:

Saying slavery was a choice is not acceptable. Deal with the consequences of your "free thinking"

I’m a black woman, and what you stated about slavery really pained my soul! Left me unsettled, hurt and disappointment. Slavery was not a choice! However, I won’t let your comments get the best of me cause deep down I know you’re a good person who means well.

Yes you did! You said that it was more of us than them. Kanye please go read several books before you come out on tv shows showing your ignorance. No matter what you tweet now we already know how you really feel. Such a shame!

Kanye West is on a Twitter rampage ahead of the release of his much-anticipated new album, expressing his support for US President Donald Trump and proclaiming himself to be a “free thinker.” In November 2016, Yeezy canceled 21 tour dates after a nervous breakdown, allegedly triggered by the anniversary of his mother’s death – sources close to Kanye told Page Six that they were still “very worried” for his mental health.