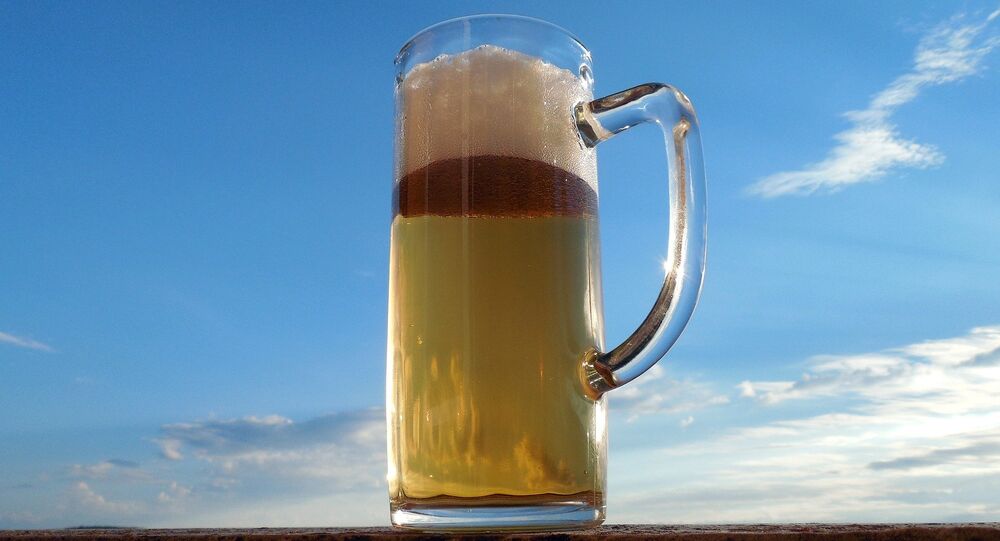 Yet another corporation has stumbled into a racist controversy, as Heineken has had to pull a TV advert which has been slammed as racist for its tagline, considered ambiguous by some internet users.

The Dutch beer giant has found itself in hot waters after it showed a TV commercial to promote a low calorie beer.

The ad shows three black men and a woman with lighter skin. The bartender in the ad slides a bottle of the promoted beer to the lady, past the black people, ending with the tagline “Sometimes lighter is better.”

This has led to major storm on Twitter, slamming the beer producer for racism.

One of the first ones to react was the hip-hopper Chance the Rapper, who criticized the company not only for racism, but also playing the “race and color” card for getting more buzz about the product.

I think some companies are purposely putting out noticably racist ads so they can get more views. And that shit racist/bogus so I guess I shouldn’t help by posting about it. But 😂 I gotta just say tho. The “sometimes lighter is better” Hienekin commercial is terribly racist omg

I found that joint 😂😂https://t.co/r4cgSLE8Uz

​Over the course of the day, thousands of angry Tweets followed, calling for a boycott.

No need for subtlety anymore, I see pic.twitter.com/w9IEnerfkl

This Heineken light beer commercial is definitely racist. What idiots do they have approving this ad? Fire that person. And the ad agency who developed it should be fired. Period. No excuse for this. I watched the ad. It's racist.

And this is why you need diversity on your teams. I’m sure 15 white guys created this, tested it, and then approved it

I agree. Spread the word, stop buying them and move forward. Paying attention gives them exposure and takes away from what we should be doing. We should not care enough to even protest

​Others just trashed the trademark.

​While some viewed the uproar as an overreaction and admitted that they didn’t see color issues here.

Hear me out, the beer is Heineken Light Beer, and bartender is rescuing her from drinking a glass of wine, which has more cals than the 🍺, what y'all think?

Bro, now this is a real reach. It's a beer commercial that features a variety of people. I don't see anything sinister. Heineken is in the business to sell as much beer as possible. I doubt they are pushing some hidden racial agenda.

​Some, however, liked the idea of the video and suggested “protest drinking.”

They were definitely not addressing race.. people really out here making something out of nothing. Y’all need to find better ways to spend your time lol

​While Twitter users discussed if the company meant to be provocative or if it was an unfortunate coincidence and ignorance that had taken place, Heineken hurried to recall the commercial, stating that they didn’t mean any offense. It has also been deleted from the company’s YouTube account.

“While we feel the ad is referencing our Heineken Light beer, we missed the mark, are taking the feedback to heart and will use this to influence future campaigns,” said a spokesman for Heineken US to the CNN.

The company also confirmed its commitment to diversity.  “For decades, Heineken has developed diverse marketing that shows there’s more that unites us than divides us.”

Heineken hasn’t been the first one to make a splash in the wrong direction with its marketing and creative activities.

A couple of months ago multinational clothing-retail giant H&M had to suspend its operations in South Africa after local protesters ransacked several of its stores in response to an ad considered to be racist for  featuring a black boy wearing a hoodie with "coolest monkey in the jungle" written on it.