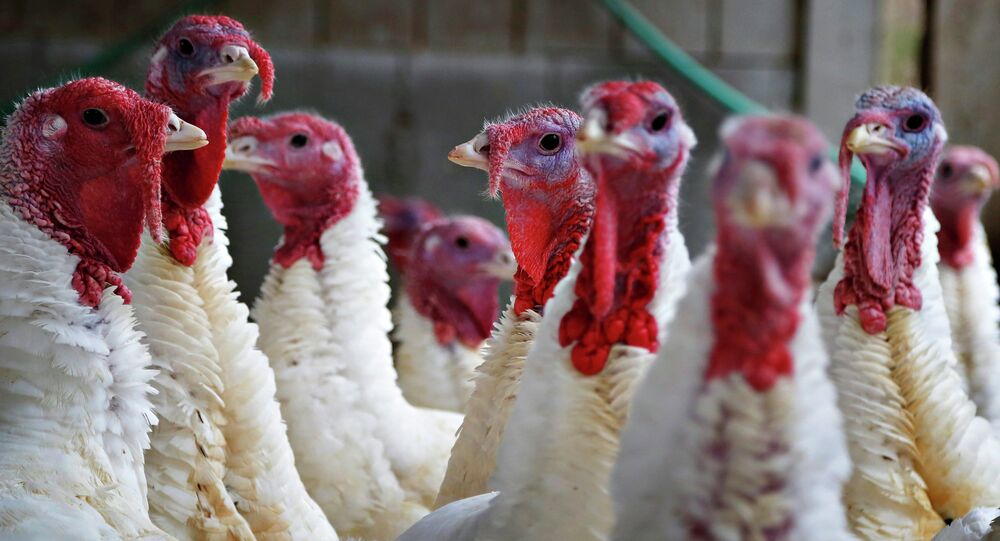 In what can only be described as a classic case of "fowl" play on the part of supermarkets, millions of Brits are being totally duped into thinking they're eating homegrown turkeys for Christmas dinner, while in reality they hail from the European Union.

Millions of British citizens — especially those who voted to leave the EU — are likely to be left with a bad taste in their mouths after it was revealed they may have been buying French turkeys instead of UK birds.

Agricultural activists say many of the major supermarkets will be selling turkeys from the continent, due to an outbreak of avian flu which has hit turkey production in Britain.

Many families will never actually know, however, because retailers will be able to sell them as "British" thanks to the EU's flag of convenience labeling rules. Provided the fowl undergoes its final processing here, having arrived in the UK either alive or freshly chilled, supermarkets can class them as being British.

Activist Richard Haddock — who has a farm in Devon, England — admitted the regulations presently in place meant millions of people are going to be "totally duped".

"There's already going to be a shortage of turkeys this Christmas as a result of bird flu and there's been another outbreak in Holland over the last couple of days which is going to heighten demand in the UK," he told Sputnik.

On the First Day of Christmas the Food Chain gave to me – a turkey shop full of goodies!

We have everything to help you market and sell your turkeys. The shop closes on Friday so check it out now: https://t.co/7LVXWG68he #12DaysofChristmas pic.twitter.com/CO5c4H0UaK

"Nevertheless many in the UK are being tricked into thinking they're eating British birds, when they are serving up turkeys from France and other parts of the continent. The regulations at present mean provided their final processing and dressing is carried out here, they can legally be sold as British."

The farmer explained some even come branded and packaged in a way suggesting they've been sourced from a farm in the middle of the British countryside, with one even using the picture of a traditional thatched cottage.

Mr. Haddock believes UK retailers are taking advantage of many shoppers making a conscious decision at this time of year to buy British.

"Any customer is entirely within their rights to demand to be told the precise origin of the food they are buying — I hope people will exercise that right if they have any doubts," he said.

It's the Most Wonderful Time of the Year! Winter Fun Across the Globe